UNITED NATIONS — Over 60 governments and 50 U.N. agencies and organizations have joined forces to press for the restoration of school lunches for all 388 million primary school children who were receiving the meals before the COVID-19 pandemic.

They also will push for school meals to be started for 73 million vulnerable youngsters who weren’t getting them before the coronavirus struck in early 2020.

Led by France and Finland, the School Meals Coalition was officially launched at a U.N. event Tuesday with a longer-term goal of ensuring that every needy child in the world gets a nutritious school meal by 2030.

Since the coalition was formed in September, he said, the support has been very encouraging, but “as the goal of the coalition is to reach all children by 2030 … we have to have a very broad participation.”

An empty primary school classroom in Pekanbaru, Riau, Indonesia, on March 16, 2020, after all schools were ordered closed to prevent the spread of COVID-19.
Dedy Sutisna/Anadolu Agency via Getty Images

The French Mission’s development expert, Olivier Richard, told reporters that “school meals are very important for the recovery of our society from the impact of COVID 19” because they “keep the children at school, and they improve their nutrition, their health and educational performing.”

Richard said he doesn’t think the coalition will get support from every country, which is why the U.N. agencies that operate globally are such important members.

In a joint declaration late Tuesday, five U.N. agencies threw their support behind the coalition’s campaign, saying school health and nutrition programs support the growth and development of school children and adolescents and “can help to combat child poverty, hunger and malnutrition in all its forms.”

According to the coalition, the 388 million students receiving lunch before the pandemic represented one out of every two primary school children worldwide.

Carmen Burbano, director of the World Food Program’s school-based programs, told reporters that by May 2020, 370 million of those children had lost access to the meals because schools closed, “so basically, all of these programs collapsed.”

In this photograph taken on September 10, 2019, students of Kopila Valley Children's Home sit during lunch time at Surkhet District, some 600 km west of Kathmandu, Nepal.
PRAKASH MATHEMA/AFP via Getty Images

Burbano said the 73 million children who weren’t getting meals before the pandemic are in 60 low income and lower middle income countries living in extreme poverty — 80% of them in Africa.

Before COVID-19, she said, governments were spending between $40 billion and $50 billion annually from domestic budgets on school lunch programs, so the coalition’s first goal is calling on leaders to restore what they were doing before the pandemic.

Burbano said $4.7 billion would be needed to reach the 73 million children “that were falling through the cracks.”

She said estimates were that $3 billion would come from domestic budgets and $1.7 billion from donors to help very fragile countries in Africa’s Sahel region and the Horn of Africa as well as Afghanistan, Yemen, Syria and other countries that can’t afford school lunch programs now.

The coalition is appealing for the $1.7 billion, and additional funding to reach the 2030 goal. 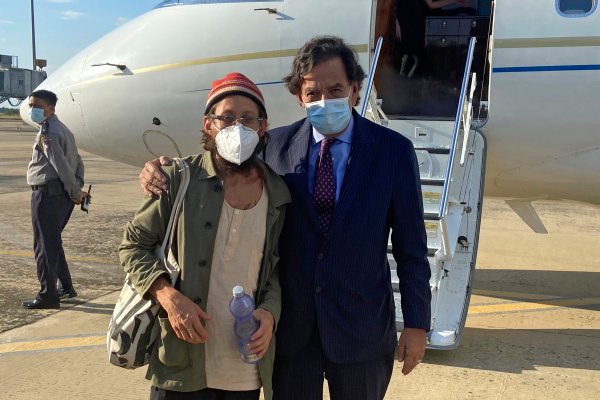