Shuai Peng of China in action during her Women's Singles first round match against Nao Hibino of Japan on day two of the 2020 Australian Open at Melbourne Park on January 21, 2020 in Melbourne, Australia.
Getty Images—2020 Fred Lee
By Sean Gregory

Steve Simon, the CEO and chairman of the Women’s Tennis Association (WTA), says he’s tried to speak directly with Peng Shuai, the tennis pro from China who’s has hasn’t been seen or heard from since she accused former vice premier of China, Zhang Gaoli, of sexual assault on Nov. 2. He has asked sources at the Chinese Tennis Association to connect him with Shuai, a two-time Grand Slam doubles champion who in 2011 was ranked as high as No. 14 in the world in singles. The WTA has reached out directly to Peng, 35. Thus far, these efforts have proved fruitless.

“We have worked every method available to us,” says Simon. “Voice, digital, tweeting. WeChat. WhatsApp. Text. There are plenty of different messaging things we all use and are all able to communicate with. And none of those have produced a result as of this point.”

According to Simon, Chinese Tennis Association sources have assured Simon that Peng is safe, and not under any physical threat, in Beijing. But Simon would like to hear this account from Peng herself. “I will remain worried until I am able to speak with her, or she speaks with somebody in our organization, whomever she’s comfortable with,” says Simon. “So that we can be assured that she’s OK and where she’s at. And that she knows we’re here to support her in any way that we can. That’s our number one priority. The other things are secondary.”

After calling for an official investigation, Simon has threatened to move all WTA tournaments—altogether worth billions of dollars in business to the WTA, China, and other stakeholders—out of China if the country’s governing bodies don’t comply.

The WTA should be basking in the glow of the its season-ending event, the WTA Finals, which is taking place in Guadalajara, Mexico after officials moved the event from Shenzhen, China due to COVID-19. Instead Simon—as well as many fans and players—are preoccupied with the safety of Peng, whose account of her alleged assault was deleted from Weibo, China’s Twitter-like platform, after 30 minutes.

In her post, Peng admitted that she has “no evidence” beyond her own word to prove her accusations outright, but called her experience with Zhang Gaoli “very real.” When Agence France-Press inquired about the allegations, foreign ministry spokesman Zhao Lijian said: “I have not heard of the issue you raised,” and added that “this is not a diplomatic question.”

Simon, the WTA CEO, tells TIME in an interview from Guadalajara that he senses Peng is telling the truth. “It’s pretty hard for me to believe that an individual who has experienced that and comes from a country and an environment in which she does is going to come forth with those allegations, and them not be true,” he says. “However, everybody deserves the story. And that’s why you want to have an investigation. And whatever the investigation produces is what you have to support at the end of the day. But you know, it’s pretty hard to not go into this just emotionally and believe what’s being reflected.”

Peng’s disappearance has shaken the tennis community. “I’m in shock of the current situation,” Naomi Osaka wrote on Twitter on Tuesday, “and I am sending love and light her way. #whereispengshuai.” Simon is closely monitoring the situation in China from Mexico. “Everybody knows how to get a hold of everybody,” Simon says. “It’s not hard to communicate with people. We can’t speak with her. And can’t reach her. There is no response. There’s clearly a level of censorship there.”

On Nov. 14, the WTA released a statement saying that the organization expected China to handle this issue “properly, meaning the allegations must be investigated fully, fairly, transparently and without censorship.” Since this incident concerns a sexual assault allegation by one of its own players, Simon has felt emboldened to take a stronger stance, threatening to take the WTA Finals—and other tournaments planned for China—to permanent homes in Mexico or other locales if Peng isn’t soon accounted for, and if her accusations aren’t thoroughly vetted. “Should we find that what we are asking for cannot happen or will not happen,” says Simon, “we are prepared to no longer do business within the region and move forward.”

Since the emergence of players like Peng, who reached the semifinals of the 2014 U.S. Open as a singles player, and Li Na—a two-time Grand Slam champion, having won the 2011 French Open and the 2014 Australian Open—tennis’ popularity has spiked in China. In 2018, the WTA signed a long-term deal to move the WTA Finals to Shenzhen; prize money for the tournament doubled from $7 million to $14 million. Simon says organizers in Shenzhen have committed to investing more than $1 billion in the event, including a new stadium. (Before moving it to Mexico this year, WTA cancelled the 2020 event due to COVID). China was supposed to host 11 tournaments before COVID cancellations in 2021; Simon tells TIME there are plans to hold 10 events in China in 2022. Sports Illustrated reported that China is responsible for a third of the WTA’s revenue; while Simon calls that figure “an overstatement,” China is clearly a top priority for the WTA. “We do realize a lot of revenue from China,” says Simon. “The WTA brand resonated and has brought great value to [China]. And it’s brought great value to us.”

But international sports organizations like the WTA are experiencing the fraught dynamics of doing business in China. While the country, with its market size of more than 1.4 billion people—many of them passionate about sports—offers an opportunity to boost global revenue, China’s record of human rights violations leaves sports bodies open to criticism of complicity. The International Olympic Committee (IOC), which chose Beijing to host the upcoming Winter Olympics in February, has remained mostly mum on China’s persecution of Uyghurs living in the western Xinjiang province. (The IOC did not respond to TIME’s request for comment on Peng’s situation in China.) After former Houston Rockets general manager Daryl Morey tweeted his support for Hong Kong protestors in October 2019, angering China, the NBA initially said it was “regrettable” that Chinese fans found Morey’s tweet offensive, and that it had “great respect for the history and culture of China.” After considerable backlash—including from both Democratic and Republican American politicians—NBA commissioner Adam Silver put out a stronger statement supporting free speech.

So is this WTA boldness too little too late? China’s human rights record was no secret when the WTA signed the deal with Shenzhen in 2018; the organization could have withheld events in the country, or already moved to pull out. “It’s Time For The WTA To Stop Doing Business In China,” read one recent headline in Sports Illustrated.

“That reflects the easy way out,” says Simon. “China is a big part of our world. They deserve a chance to do the right thing here. And if they don’t, then we’ll have to make a decision.”

Simon needs China to produce data and findings. “If it’s a simple, ‘trust me, we took care of it,’ that’s probably not going to be sufficient.” he says. Before any investigation, however, Peng must be accounted for. “I don’t want to let this overshadow the fact that we have a player who we can’t get a hold of,” says Simon. “Who we think is safe, but we can’t reach her. That’s a pretty scary thing.” 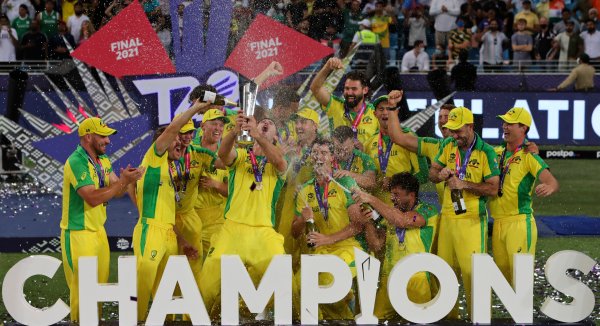