Former Japanese Princess Mako and Her Husband Kei Komuro Begin a New Life in the U.S.

Mako Komuro, the onetime Japanese princess who gave up her royal status to marry a commoner, arrived in the United States on Sunday with her new husband Kei Komuro, to begin their new life.

Their decision to reside in the U.S. carries echoes of Prince Harry and Meghan Markle’s departure from the U.K. for California following reports of tiffs within the British royal family and relentless attention from the press.

The former Princess Mako—the niece of Emperor Naruhito—has been the subject of intense public scrutiny in Japan since the beginning of her relationship with Komuro, her college sweetheart. The media storm intensified when Komuro’s mother became embroiled in a financial scandal, prompting the couple to postpone their wedding.

Komuro then left Japan to study in a New York law school and only returned in September this year to fulfill his promise to his fiancée. According to the Associated Press, he has a job a a New York law firm but has yet to pass his bar exam. Media reports say the couple will be living in a rented apartment.

“The standards that you are expected to uphold, in your bearing, in your demeanor, in the choices of entertainment, of education, of all these things, they’re held at a very high level that most people would find incredibly stifling,” Shihoko Goto, an expert on Japan, and acting director of the Asia Program at the Wilson Center in Washington, told TIME earlier.

The marriage has also brought to the fore the issue of imperial succession in the face of a thinning royal line.

The original version of this story misstated Shihoko Goto’s title. She is acting director of the Asia Program at the Wilson Center, not a senior Northeast Asia associate. 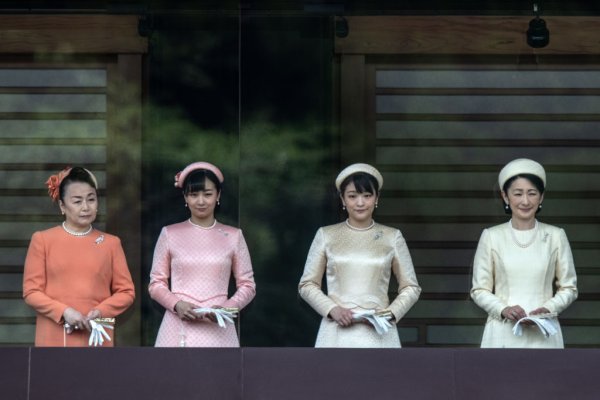