At 10:16pm on October 7, a cluster of nineteen Twitter accounts shared identical opinions about the upcoming presidential election in Honduras at the exact same second. Claiming to be supporters of opposition candidate Xiomara Castro, they all falsely suggested Castro might join forces with Yani Rosenthal, another candidate who had just returned to the country after serving a prison term in the U.S. for money laundering for a drug gang.

“If she forgets about the people to do business with Yani Rosenthal, I won’t even go to vote,” a user named Tere Bautista tweeted. A user named Wilfredo Rolan seemed to agree, tweeting “If she joins ex-con Rosenthal I’m not even going to vote,” along with a money laundering meme.

None of these were real Hondurans—or real people, according to a new analysis shared with TIME by Nisos, a cybersecurity firm based in Virginia. The profile photos on the accounts linked back to the Facebook pages of unsuspecting Peruvians thousands of miles away.

The tweets were one of several waves of coordinated posts from hundreds of fake Twitter accounts in an ongoing disinformation campaign ahead of Honduras’ Nov. 28 election, spreading conspiracies about opposition candidates and seeming to deter citizens from voting at all.

They’re part of an ongoing online influence campaign to boost the ruling party of President Juan Orlando Hernández, amplifying Hernández’s profile and sowing distrust and confusion among voters. Twitter and Facebook have taken down several inauthentic networks in recent years tied to people close to Hernández, who was reelected in 2017 despite fraud allegations.

This latest push ahead of Honduras’ critical election underscores not only how ubiquitous online political disinformation has become in Central America, but how social media companies struggle—and often fail—to moderate or punish government-tied disinformation schemes in Latin America and other parts of the world. Recent revelations in the Facebook Papers, a trove of leaked internal documents, provided details about how the platform neglected the abuse of its platform in much of the rest of the world, and particularly in developing countries.

“It seems that Facebook invests more in users who make them more money, even though the danger may not be evenly distributed based on profitability,” Frances Haugen, a former Facebook product manager turned whistleblower, told a congressional panel on Oct. 5. “It’s like 87% of all the misinformation spending is spent on English, but only about like 9% of [Facebook’s] users are English speakers.”

The coordinated, inauthentic network of at least 317 Twitter accounts uncovered by Nisos’ analysts focused on discouraging Hondurans from voting for Castro, the opposition candidate. The wife of former President Manuel Zelaya, who was ousted in a military coup in 2009, Castro’s presidential run poses a serious challenge to the ruling National Party’s 12-year grip on the presidency.

Over an eight-day period in early October, the network spread conspiracy theories about her alleged political alliance to a convicted felon, disseminated content about alleged corruption and money laundering, and suggested that Hondurans should not vote at all.

This has emerged as one of the most common tactics in Latin American political disinformation operations, says Esteban Ponce de León, a research assistant at the Atlantic Council’s Digital Forensic Research Lab based in Colombia. “Most of those narratives will be targeted against specific candidates,” he says. “This is one of the main ways these networks aim to affect or influence the elections, therefore affecting the integrity of the democratic process.”

While the Twitter network studied by Nisos didn’t focus on specifically encouraging voters to support the ruling party’s candidate Nasry Asfura, Asfura is the one only one who stands to gain from this online disinformation campaign, says Jackie Hicks, a senior intelligence analyst at Nisos. These accounts posted in waves with election-related hashtags for higher visibility between October 6 to 14, coinciding with a prominent politician’s endorsement of Castro. “It’s almost like the intent was to flood the political discourse,” says Hicks. “A regular person in Honduras looking up these topics would see this [as] information.”

Most of the accounts pretending to be active Honduran users were up to a decade old, likely farmed or compromised accounts that would have been easy to purchase, says Hicks. Many linked back to Facebook accounts that ended up belonging to uninvolved Peruvians, using their photos as their avatars.

Once all of these messages had been posted, a fake news website set up to look like a legitimate news outlet called La Tribuna Honduras amplified the disinformation by reporting that “on Twitter, many voters are beginning to denounce a pact” between Castro and Rosenthal.” The inauthentic Twitter profiles then shared the article, creating a fake news feedback loop.

Twitter removed the network of fake accounts after Nisos shared its research with the company in early November. Twitter did not respond to TIME’s request for comment.

Analysts and former employees say that social media companies’ pattern of reactive responses is always too little and too late, and that they don’t do enough to crack down on repeat offenders.

Hernández and the ruling party have benefited from several schemes in recent years similar to the one that Nisos uncovered.

Over one six-week period from June to July 2018, Hernández’s Facebook posts received likes from 59,100 users, more than 78% of which were not real people, according to Sophie Zhang, a former Facebook data scientist who became a whistleblower after she was fired in September 2020 for poor performance, which she says was due to her focus on tracking inauthentic activity.

Zhang discovered that Hernández’s staff was directly involved in a scheme to boost the content of his Facebook page with hundreds of thousands of fake “likes.” They also ran countless fake profiles and pages to support it, posing as organizations, businesses, public figures and ordinary Hondurans to drive false engagement to the page.

Even though this violated Facebook’s policy against “coordinated inauthentic behavior,” the company did not take action for nearly a year after Zhang alerted the teams in charge of stopping such activity, making it clear that they considered Honduras to not be a priority, she says. When she left, many of these accounts were still active, Zhang says.

“It took almost a year for me to get the operation taken down, and they came back right afterwards,” Zhang says.

The same year, Facebook removed hundreds of fake accounts running a coordinated influence campaign “to comment and amplify positive content,” about Hernández, according to a press release by the company. Facebook also took down numerous pages running political ads supporting the President and attacking opposition candidates, an effort that the Digital Forensic Research Lab later found was run by the Archimedes Group, an Israeli “black PR firm” which led similar digital influence campaigns around the world. It was not clear who paid for the ads, according to DFRLab.

In April 2020, a Twitter purge took down more than 3,100 accounts and 1.2 million tweets dedicated to the “clear amplification of positive content designed to benefit President Juan Orlando Hernández” that were tied to the president’s own social media manager, according to a report by the Stanford Internet Observatory.

And just last month, another network of websites and Facebook pages, made to look like legitimate news sources and spreading disinformation about Honduran opposition figures, was revealed to be run by a prominent Latin American political communications agency. It was just the latest example of political PR firms which have found a lucrative business in exploiting social media platforms to influence audiences in Latin America, Rest of World, a global tech news outlet, reported at the time.

The problem isn’t spreading in Honduras alone. Across Latin America, many other politicians have been launching their own successful disinformation campaigns.

For years, former Ecuadorean President Lenin Moreno deployed a government-run army of Twitter trolls to push his agenda. In Mexico, political parties used bots and fake accounts to push certain candidates ahead of the 2018 and 2021 elections. In Peru, a Trump-style disinformation campaign by the runner-up in the country’s election this summer sought to stop the certification of her opponent’s victory. And earlier this month, Facebook removed a troll farm of more than 1,000 inauthentic Facebook and Instagram accounts amplifying content supporting the country’s ruling party ahead of the Nov. 7 election. Facebook said the cluster was linked to the Nicaraguan government.

As political disinformation campaigns have become alarmingly commonplace in the region, the government officials benefitting from them — and often backing them — have become more brazen.

In Honduras, Hernández was reelected in 2017 after orchestrating a highly disputed maneuver to remove constitutional term limits. His eight-year tenure has been marred by corruption allegations, and his brother, former Congressman Juan Antonio Hernández was sentenced by a U.S. court to life in prison for smuggling cocaine into the U.S. At the trial, prosecutors accused the Honduran president of being involved in the drug trafficking conspiracy himself. (He denies the allegations).

In 2019, riots over new education and health regulations and protests calling for Hernández’ removal turned violent when Honduran police used tear gas to disperse demonstrators. These political and social crises have led to Honduras having one of the highest homicide rates in the world, driving mass migration to North America.

American companies’ too-little-too-late approach to disinformation enforcement in Latin America emboldens its leaders and their supporters to manipulate social media to their advantage, says Zhang, the former Facebook employee.

“Ultimately, Facebook is not doing enough to prevent these people from coming back,” Zhang says. “They just give people slaps on the wrist and hope it’s enough, and it isn’t.”

Facebook and Twitter’s announcements when they take down these fake networks assume that publicly calling them out will have an impact, but “some people are incapable of embarrassment,” she says. “They figure that they can sneak under the radar because people don’t care…And that’s certainly correct.” 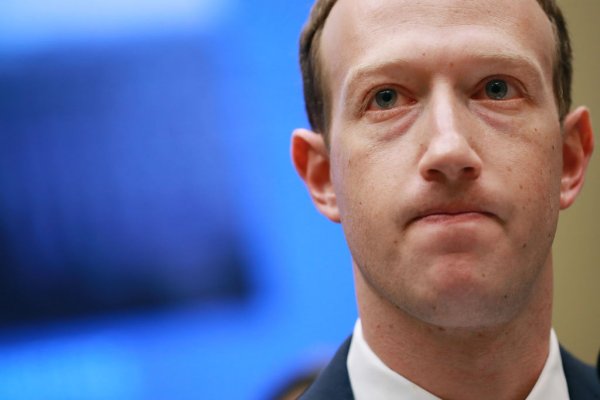 What to Know About Sophie Zhang's Facebook Allegations
Next Up: Editor's Pick