U.S. Warns EU That Russia Could Be Planning to Invade Ukraine

Russian President Vladimir Putin attends a flower-laying ceremony at the memorial complex dedicated to the end of the Russian Civil War, on the occasion of Unity Day, in Sevastopol, Crimea, Thursday, Nov. 4, 2021.
Mikhail Metzel–AP
By Alberto Nardelli, Jennifer Jacobs and Nick Wadhams/Bloomberg

The U.S. is raising the alarm with European Union allies that Russia may be weighing a potential invasion of Ukraine as tensions flare between Moscow and the bloc over migrants and energy supplies.

With Washington closely monitoring a buildup of Russian forces near the Ukrainian border, U.S. officials have briefed EU counterparts on their concerns over a possible military operation, according to multiple people familiar with the matter.

The assessments are believed to be based on information the U.S. hasn’t yet shared with European governments, which would have to happen before any decision is made on a collective response, the people said. They’re backed up by publicly-available evidence, according to officials familiar with the administration’s thinking.

A White House official said Thursday evening that the U.S. was consulting with allies over the buildup, considered Ukraine a partner and denounced any and all aggressive acts by Russia.

Russia says military deployments on its territory are an internal matter and it denies any aggressive intentions, while accusing the U.S. of provocation by sailing warships in the Black Sea close to its territory this week.

The ruble weakened on the news, falling 0.5% against the dollar to a six-day low.

Similar tensions erupted in the spring when the U.S. and the North Atlantic Treaty Organization accused Russia of massing as many as 100,000 troops, tanks and warplanes near the border with Ukraine. The crisis eased after U.S. President Joe Biden called Russian President Vladimir Putin and offered a summit that took place in June.

Russia’s latest movement of troops and tanks toward Ukraine spurred CIA Director Bill Burns to visit Moscow this month, where he spoke by phone with Putin. German Chancellor Angela Merkel also asked Putin in a call Wednesday to use his influence with Russia’s ally Belarus to defuse a crisis over thousands of Middle East migrants seeking to cross the border with Poland into the EU. Putin declined.

Merkel and Putin spoke again on Thursday about Ukraine and Belarus, the Kremlin said in a statement. The Russian leader criticized Ukraine’s alleged use of combat drones in violation of a previous agreement and American military activity in the Black Sea, according to the statement.

The U.S. warning over Ukraine comes on top of the more recent standoff between Poland and Belarus, a close Russian ally. And it is playing out amid uncertainty over increased Russian gas supplies to Europe despite Putin’s pledge to ramp up deliveries from this week to ease an energy crunch. He’s pushing for European regulators to give swift approval to operate the Nord Stream 2 gas pipeline from Russia to Germany, a project the U.S. and Ukraine opposed as a security risk.

Russia doesn’t intend to start a war with Ukraine now, though Moscow should show it’s ready to use force if necessary, one person close to the Kremlin said. An offensive is unlikely as Russian troops would face public resistance in Kyiv and other cities, but there is a plan to respond to provocations from Ukraine, another official said.

With the West preparing fresh sanctions against Belarus over what it sees as a manufactured migration crisis, President Alexander Lukashenko threatened Thursday to shut down a key pipeline carrying Russian gas to the EU if Poland closes their border. “I would recommend the leadership of Poland, Lithuanians and other empty-headed people to think before speaking,” he said.

Russia has orchestrated the migrant crisis between Belarus and Poland and the Baltic states — Lithuania and Latvia share a border with Belarus — to try to destabilize the region, two U.S. administration officials said.

U.S. concerns about Russian intentions are based on accumulated evidence and trends that carry echoes of the run-up to Putin’s 2014 annexation of Crimea from Ukraine, another administration official said.

“Russia has nothing to do with what is happening at the border of Belarus and Poland,” Kremlin spokesman Dmitry Peskov told reporters on a conference call Thursday.

While U.S. and Russian general staffs are in constant contact, the presence of American navy vessels in the Black Sea close to Russia is “absolutely” a matter of concern for Putin, Peskov added.

The information U.S. officials shared on Russia at the recent meetings in Brussels was unsettling, said one of the people familiar. Another person emphasized that there’s no way of knowing Moscow’s true intentions, and what its next move might be or when.

Ukrainian Foreign Minister Dmytro Kuleba, meeting with Secretary of State Antony Blinken on Wednesday in Washington, appeared to suggest the U.S. had shared at least some new information with him.

“What we heard and saw today in Washington, D.C. corresponds to our own findings and analysis, adds some new elements which allows us to get a better, more comprehensive picture,” Kuleba said at a joint news conference with Blinken. The situation in Belarus is a “potential frontline” and shouldn’t be underestimated, he said.

The U.S. doesn’t “have clarity over Moscow’s intentions” toward Ukraine, Blinken told reporters. “Our concern is that Russia may make the serious mistake of attempting to rehash what it undertook in 2014.”

Ukraine and Russia have been in conflict since Putin responded to the 2014 Ukrainian revolution that ousted the pro-Moscow president by seizing Crimea. Russia also backed separatists in eastern Ukraine in a war that has killed more than 13,000 people.

The Organization for Security and Cooperation in Europe, which monitors the situation under a 2015 agreement, said Wednesday that its mission witnessed the most cease-fire violations since July 2020 during the last week of October.

Some analysts argue that Putin may believe now is the time to halt Ukraine’s closer embrace with the West before it progresses any further.

“What seems to have changed is Russia’s assessment of where things are going,” said Samuel Charap, a senior political scientist at the RAND Corporation. “They seem to have concluded that unless they do something, the trend lines are heading to Russia losing Ukraine.”

According to defense-intelligence firm Janes, the recent Russian deployment has been covert, often taking place at night and carried out by elite ground units, in contrast to the fairly open buildup in the spring.

European Commission President Ursula von der Leyen, who was also in Washington on Wednesday, said that she and Biden discussed Ukraine and their full support for its territorial integrity.

Ukraine has declared its ambition to join the EU and NATO, to Moscow’s fury. While Kremlin officials often boast privately that Russian forces could quickly reach Kyiv, it would be much more difficult to maintain control of a country of 44 million people amid international condemnation.

Putin warned rival nations in April that “they will regret it more than they’ve regretted anything in a long time” if they cross Russia’s “red line” on security. The deputy speaker of Russia’s lower house of parliament, Pyotr Tolstoy, declared that “all of Ukraine will be part of Russia and there won’t be any Ukraine” in a debate broadcast on Russia’s NTV last month.

“I hope now the whole world clearly sees who really wants peace and who is concentrating almost 100,000 troops on our border,” Ukrainian President Volodymyr Zelenskiy said in an address to the nation late Wednesday. “Psychological pressure from Russia doesn’t have an impact on us, our intelligence has all the information, our army is ready to repel anytime and anywhere.” 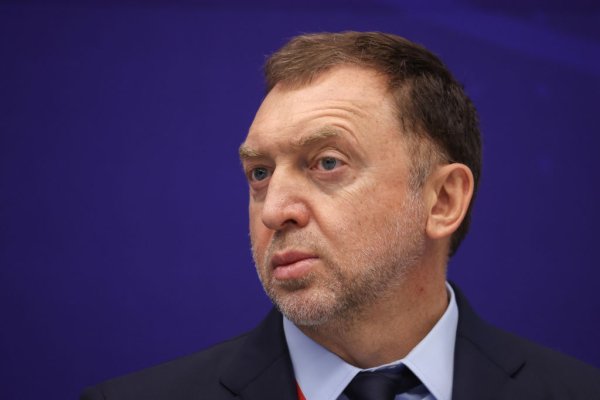