Adele’s Enduring Popularity Is About More Than the Music

Six years is a lifetime in pop music. In the time since Adele’s last release, streaming took over, TikTok replaced Vine and became the world’s hit laboratory; reggaeton transformed from regional craze to pop’s global center; Taylor Swift became a rapper and then an indie folk chanteuse.

Then there’s Adele, picking up right where “Hello” left off, still belting out earth-shaking ballads in the pouring rain.

In October, the 33-year-old Brit returned from creative hibernation with “Easy on Me,” the first single off her fourth album, 30, arriving Nov. 19. As the years pass, her anachronisms grow more pronounced: she’s an album artist while her peers dole out their work in 30-second viral clips. She opts for scarcity in the face of fans’ demand for constant output. She leans on instrumentation that was available to Frank Sinatra. Still, “Easy on Me” set a new high for Spotify streams in a single day and has topped the Billboard Hot 100 for three weeks.

How has Adele remained relevant while blatantly ignoring trends? Part of her success lies exactly in this rebellion, which endears her to those concerned with the disposability of today’s pop. But to paint her solely as a savior of some outmoded definition of “real music” would be to ignore the ways she aligns perfectly with digital-age celebrity. Adele is both a throwback torch singer and a modern marketing genius—and it’s the nexus of the two that will ensure her longevity.

Of course, Adele’s appeal starts with her music. Her voice has been astonishingly powerful since she broke out with 2008’s “Chasing Pavements” and has only deepened in quality and control over the years, even as she’s fended off polyps on her vocal cords and undergone multiple surgeries. “Easy on Me” shows an utter mastery from her raspy middle to airy glissandos near the top.

Equally vital is her emotional acuity: her keen understanding of narrative arc and ability to turn broad, relatable themes like nostalgia and insecurity into epic personal dramas. Her songs channel, then resolve, our own pain, rubbing both salt and aloe on our emotional wounds; they conjure the visceral feelings we sported when we had them on repeat. It’s not surprising that many artists, even in an age driven by chipper dance moves, have tried to replicate the gravitas of an Adele ballad over the last decade—and that many of them have found their own audiences. It wouldn’t be a stretch to say that Adele is a big reason why songs like Olivia Rodrigo’s “Drivers License,” Lewis Capaldi’s “Someone You Loved” and A Star is Born’s “Shallow” have clung to the charts for months on end.

A master of modern celebrity

Adele fans like to wax poetic about her musical integrity and wholesome approach in the era of “WAP.” Those kinds of comments are not just racially coded but also ignore a host of non-musical reasons for her dominance. It would be naive to think that the popularity of music has ever not been entwined with larger narratives—the Rumours recording session drama is still being retold and relitigated, for instance—and Adele is no exception to that rule. Like gossip magnets Swift and Kanye West, Adele is a master of turning her life into art; to come off alternately as unreachable and relatable; to respond winkingly to headlines in a way that creates more headlines.

Adele’s brand has been remarkably consistent over the decade. Each album features monochrome album artwork of her face and a titled number, as if she were releasing sequels in a cinematic universe. She’s uniformly hilarious and pottymouthed in interviews and plays up her British-ness almost to the level of caricature, whether eating spotted dick blindfolded on British Vogue or spilling tea—literally—on James Corden’s Carpool Karaoke. At the same time, her faux-clumsiness is offset by her high fashion and celebrity friendships—tabloids have eagerly documented her outings with Rihanna, Jennifer Lawrence and Beyoncé and others.

Celebrities having fun can get boring old, though—so Adele turbocharges excitement around each release by building narratives around transformation and turning her life into a soap opera. She writes songs about real people, then reveals more details about said people in interviews, causing blogs to excerpt that gossip and sending listeners back to the songs to hunt for lyrical easter eggs. She’s also acutely aware of the power of image: her recent Vogue covers, which showed off her newly svelte figure, caused searches for “Adele diet” to skyrocket on Google. So many of the headlines about her in the last couple months haven’t been about the music at all, but have covered the details of her divorce and living arrangement; her date with NBA power player Rich Paul at a Lakers game; her framed piece of gum.

Adele welcomes all of this chatter, doling out morsels of her life like her own Deux Moi. Meanwhile, all of the noise around her only serves to direct viewers back to her music, which, thanks to the time, care and emotional baggage she puts into each album, takes on a mythic quality. This potent combination makes her success seemingly inevitable each time around. Adele is a constant in aworld in flux—suffice it to say we have a pretty good idea of what to expect when 36 rolls around. 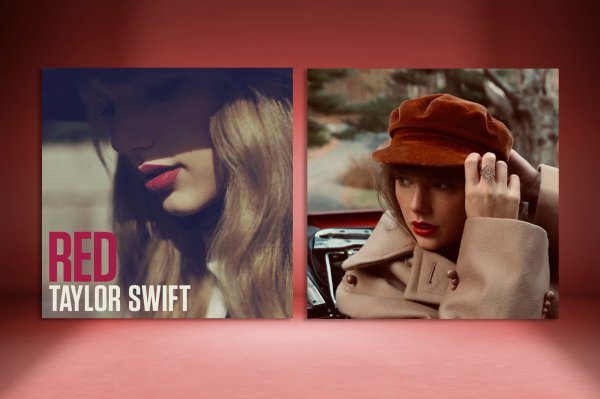