Then-President Donald Trump arrives to speak at a rally in Washington on Jan. 6, 2021. A federal judge blocked Trump's efforts to withhold documents from Congress related to the Jan. 6 attack on the Capitol.
Jacquelyn Martin–AP
By Nomaan Merchant/AP

“At bottom, this is a dispute between a former and incumbent President,” Chutkan wrote. “And the Supreme Court has already made clear that in such circumstances, the incumbent’s view is accorded greater weight.”

Trump “does not acknowledge the deference owed” to Biden’s judgment as the current president, Chutkan said. However, she added, “Presidents are not kings, and Plaintiff is not President.”

The National Archives has said it would turn over records by Friday absent a court order stopping it from doing so. Minutes after Chutkan’s order became public, Trump filed notice that he would appeal to the U.S. Court of Appeals for the District of Columbia Circuit. The case is likely to eventually reach the U.S. Supreme Court.

Biden largely waived executive privilege on records that would be given to the committee, which include call logs, drafts of remarks and speeches and handwritten notes from Trump’s then-chief of staff, Mark Meadows, according to a court filing by the National Archives. There are also copies of talking points from then-press secretary Kayleigh McEnany and “a draft Executive Order on the topic of election integrity,” the National Archives has said.

The House committee was formed to investigate the circumstances behind the deadly insurrection in which supporters of the former president sought to overturn his loss in the 2020 election. Trump has repeatedly attacked the committee’s work and continued to promote unfounded conspiracy theories about the election.

In suing to block the National Archives from turning over documents, Trump called the House panel’s request a “vexatious, illegal fishing expedition” that was “untethered from any legitimate legislative purpose.” Allowing the House to get access to his records would damage executive privilege for future presidents, Trump’s lawyers argued.

Chutkan added that “the public interest lies in permitting — not enjoining — the combined will of the legislative and executive branches to study the events that led to and occurred on January 6, and to consider legislation to prevent such events from ever occurring again.”

Rep. Bennie Thompson, D-Miss., who chairs the House committee, told CNN Tuesday that Chutkan’s ruling was “a big deal” and said Trump should stop behaving like a “spoiled brat.”

“I look forward to getting this information,” Thompson said. “I look forward to our investigators going through it with a fine-tooth comb to make sure that our government was not weaponized against its citizens.” 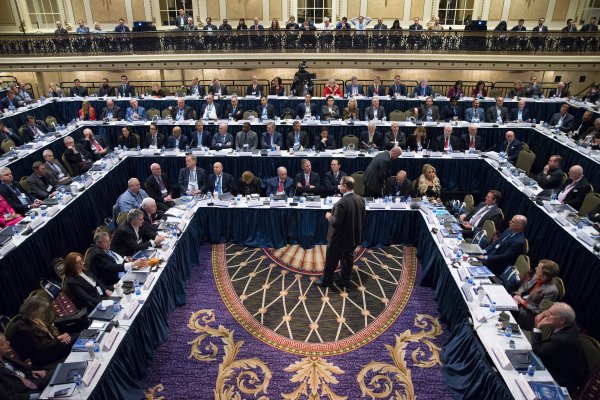 How Big Business Dumped Trump
Next Up: Editor's Pick