President Joe Biden poses with members of the Milwaukee Bucks after receiving a jersey from owner Marc Lasry during an event where Biden honored the Bucks for winning the 2021 NBA Championship, on the South Lawn at the White House on November 08, 2021 in Washington, D.C.
Win McNamee–Getty Images
By Jennifer Epstein, Josh Wingrove and Kim Bhasin/Bloomberg

President Joe Biden hosted the NBA champion Milwaukee Bucks at the White House on Monday, thanking the team for encouraging coronavirus vaccinations and for protesting the local police shooting of a Black man, Jacob Blake.

“Last year, as a team, you took a stand for justice and peace” after the shooting, Biden said. The Bucks and other teams boycotted a first-round playoff game to protest after prosecutors in Wisconsin declined to bring charges against the officer who shot Blake in the back, leaving him partly paralyzed.

The Bucks were the first NBA champions to visit the White House in five years, following tension between former President Donald Trump and many of the league’s athletes.

Stephen Curry and the Golden State Warriors were disinvited to the celebratory tradition in 2017 after the star said he had no interest in meeting Trump, beginning the streak of no-shows. The Warriors twice declined to see Trump and the Toronto Raptors passed once.

Last year, the Los Angeles Lakers skipped the visit over pandemic safety concerns. LeBron James and the Cleveland Cavaliers were the last to visit the White House, celebrating with President Barack Obama in 2016.

NBA Commissioner Adam Silver has said the league won’t force teams to celebrate at the White House, regardless of who’s president.

Biden previously hosted the Los Angeles Dodgers and the Tampa Bay Buccaneers at the White House to celebrate their mid-pandemic championships.

The Eastern Conference champion Bucks defeated the Phoenix Suns in a 4-2 series in July, bringing the Bucks just their second league championship and their first since 1971.

One of the team’s majority owners, billionaire hedge fund executive Marc Lasry, may be especially familiar to Biden. The Avenue Capital Management chairman and chief executive is a major Democratic donor who helped secure the 2020 Democratic National Convention for Milwaukee, but the in-person gathering was canceled amid pandemic concerns.

His son Alex Lasry is the team’s senior vice president and one of several Democratic candidates running for the Wisconsin Senate seat currently held by Republican Ron Johnson.

Marc Lasry joked at the White House, “What the hell, why don’t we come back for the next four years. We’ll just keep coming back. You know what? Let’s do it for eight years.”

The team’s other majority owners are Fortress Investment Group Chairman Wes Edens and York Capital Management Chairman and Chief Executive Officer Jamie Dinan. Michael Fascitelli, the former president and CEO of Vornado Realty Trust, is a major owner with a lesser stake. The group bought the team in 2014 from Biden’s former Senate colleague Herb Kohl, a four-term Wisconsin Democrat who retired in 2013.

Green Bay Packers quarterback Aaron Rodgers has since 2017 owned a 1% stake in the Bucks. A recent positive test for Covid-19 led to the revelation that while he’d claimed to be “immunized” against the virus, he’d not actually been vaccinated. 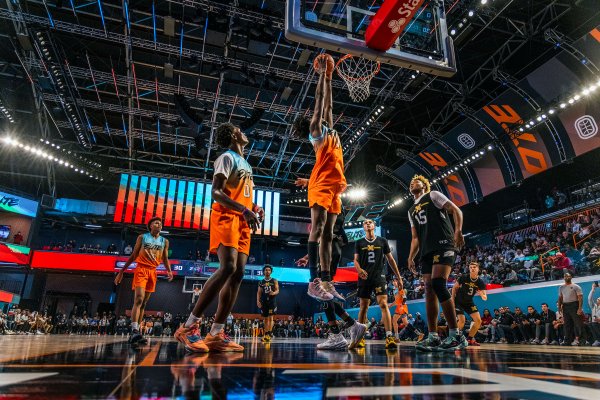