George III, 1738 - 1820. Reigned 1760 - 1820, by Studio of Allan Ramsay, 1763. Oil on canvas.
National Galleries Of Scotland-Getty Images
Ideas
By Andrew Roberts
Roberts is the author of The Last King of America: The Misunderstood Reign of King George III. He is also the author of biographies of Napoleon, Churchill, and other acclaimed works for history. He is the Roger and Martha Mertz Visiting Fellow at the Hoover Institution at Stanford University, chair of the judges of the Gilder Lehrman Military History Prize, and a visiting professor in the Department of War Studies at King's College, London.

I loved Hamilton: An American Musical for its foot-tapping tunes and witty libretto, but it’s no more an accurate portrayal of history than Shakespeare’s Richard III or Macbeth. For the cruel prancing camp sadist portrayed so memorably by Jonathan Groff is as far removed from the real King George III as it is possible to get.

After two centuries of largely deliberate and highly political misrepresentation, people on both sides of the Atlantic think that because George was a tyrant king and moreover mad with porphyria, Britain lost the American War of Independence. In fact, he firstly wasn’t mad with porphyria, secondly he wasn’t a tyrant king, thirdly he was perfectly sane throughout the American Revolution, and lastly, he wasn’t responsible for Britain’s defeat. Four major misunderstandings, all in one sentence, which can now be comprehensively set straight.

The Founding Fathers—whose courage in taking on the world’s most powerful empire I greatly admire—saw themselves as revolutionaries in the mould of their heroes, the English revolutionaries of 1642 against Charles II and of 1688 against his son James II. In order to clothe themselves in the revolutionary mantle of these earlier giants, they therefore ideologically had to try to make George III out to be as oppressive as those earlier Stuart despots.

But the truth is that George was simply not tyrannical; rather he was a good-natured, enlightened constitutional monarch, who inconveniently for the Founders also genuinely admired the Glorious Revolution of 1688 as much as they did—not least because it paved the way for his family to come to the British throne despite his great-grandfather George I only being the fifty-first in line.

As Queen Elizabeth II’s recently released one hundred thousand pages of George III’s papers—expertly curated by the George Papers Programme in London—has revealed, the King was a man who was horrified at the concept of royalist tyranny, as practised occasionally on the European continent, and he denounced it at every opportunity. He was so enamored of the Magna Carta and English common law that he never considered trying to use extra-legal powers against the American Revolution until the first shots had been fired at Lexington and Concord.

Although the American revolutionaries were right to demand their independence in July 1776, the twenty-eight pseudo-legal arguments that they made against George in their Declaration that month were a farrago of nonsense: inaccurate, repetitious, unfair and wildly exaggerated political propaganda. But that is no more than one would assume in wartime.

Yet even today, nearly 250 years later, the 28 clauses of the Declaration are still accepted by many Americans as almost Holy Writ in its entirety. The Declaration is read out in some towns on the anniversary of its adoption by the Continental Congress, mixing as it does some gorgeous prose about life, liberty and the pursuit of happiness with the second two-thirds of the document which is almost totally factually false. Of course, George III also wanted his American subjects to enjoy life, liberty (as he conceived it) and the pursuit of happiness, until such time that roughly one-third of them started to rebel against him. (John Adams estimated that at the Revolution’s start another one-third were Loyalists and the last one-third were waiting to see who would win.)

To take some of Jefferson’s accusations virtually at random, the second charge was of George having “forbidden his governors to pass laws of immediate and pressing importance, unless suspended in their operation till his assent should be obtained.” The law of suspension, necessary because of the distance across the Atlantic, had been in operation since 1708, and was a sensible precaution against laws being overturned months after they had gone into operation. The sixteenth charge attacked the King “for cutting off our trade with all parts of the world.” In fact, the navigation and trade laws that restricted colonial commerce dated back to Oliver Cromwell in 1651, and were instrumental in placing the American colonies within the British trading bloc and outside rival ones. All this amounted to in terms of eighteenth-century trade was that the American colonies were part of the British Empire.

The nineteenth charge was, “For transporting us beyond seas to be tried for pretended offences.” Although the provision for this had existed since the time of Henry VIII for treason, in fact nobody had been transported for trial in George III’s reign. Charge number twenty-one condemned the King “For taking away our charters, abolishing our most valuable laws and altering fundamentally the forms of our governments,” referring to the Government of Massachusetts Act of 1774, which was the only alteration of a colonial charter during George’s reign, and was enacted as a reaction to the rebellion rather than being an incitement of it.

Fortunately for Jefferson, Congress removed the extremely hypocritical clause accusing George of not abolishing the Slave Trade. Unlike 41 out of the 56 signatories of the Declaration of Independence, George III never owned, bought or sold a slave, and he signed the abolition of the Slave Trade into law in 1807. Moreover, in my researches in the George Papers Programme, I discovered a document that he wrote as Prince of Wales in the 1750s in which he was commenting on Charles de Montesquieu’s classic Enlightenment text The Spirit of the Laws, originally published in 1748. In it he described the arguments in favour of slavery as “too absurd to take the trouble of refuting” saying that there were “perhaps sufficient to make us hold such practice in execration.”

With mental illness now thankfully and finally de-stigmatized, and George no longer morally blamed for his madness—which was bipolar disorder and not porphyria—we can at last come to a much more objective judgement of him. It was his ministers, generals and admirals who lost the American colonies, with George not taking part in grand strategy-making, and going along with Cabinet decisions as a constitutional monarch. He limited his involvement in the war to advising, encouraging and occasionally warning, whereas Lord North oversaw the defeat, Lord George Germain came up with the overall strategic plan, Sir William Howe failed to stick to it, General Burgoyne got himself captured at Saratoga and General Cornwallis at Yorktown. They deserve the blame for the defeat, and not their occasionally self-righteous but otherwise highly cultured, intelligent and charming king.

So the next time you watch Hamilton on the stage or on video, do sing along with George III’s hilarious numbers, but don’t go along with its outrageous portrayal of a kind, uxorious, dignified and much misunderstood monarch. 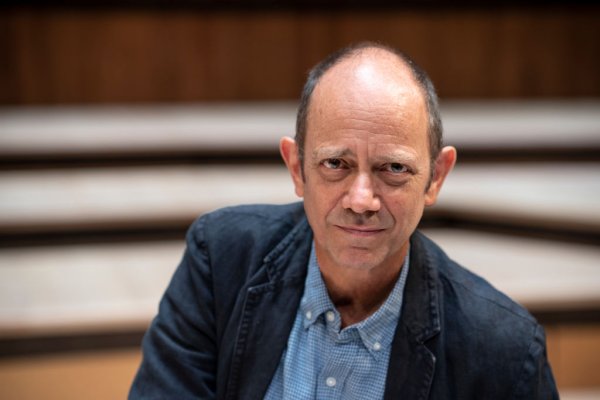