Everything to Know About Rivian, the Next Electric Vehicle Darling

This week, electric vehicle maker Rivian is expected to throw its hat in the ring with a major IPO that could affect both the EV landscape and the way the world’s largest online retailer gets its packages to your door.

Rivian has already raised around $11 billion in private capital, with the majority arriving in the past three years, and is seeking a massive valuation of over $60 billion according to an SEC filing on Nov. 1, with plans to use the RIVN ticker.

Who is backing Rivian?

Its investors include some heavy hitters. Amazon, an early investor in Rivian, is estimated to own anywhere from a fifth to a quarter of the company, with plans to order 100,000 Rivian electric delivery trucks to bolster its own fleet and reduce its carbon footprint. T. Rowe Price, another major player and early investor, led a $2.5 billion investment round in the company in 2020.

Ironically, one of the potential big winners of Rivian’s successful IPO is the 118-year-old automaker Ford, which has a similarly major stake in the company, and plans to work closely with Rivian in the future on EV projects.

Read More: Automakers Are Going All In on Electric Pickups. Will Anyone Buy Them?

Why is Rivian exciting to electric vehicle fans?

Founded in 2009 by CEO R.J. Scaringe, Rivian’s consumer offerings—a pair of pre-production electric vehicles—made a huge splash when they were revealed in 2018, thanks to their sleek styling and assortment of premium features (like an optional camp stove integrated into a compartment between the rear wheels and the rear passenger seats) not found on traditional trucks or SUVs. Its current consumer-facing lineup, the R1T pickup truck and R1S SUV, are built on Rivian’s “skateboard platform,” which grants the company increased flexibility when it comes to creating different types of vehicles, like its electric delivery trucks. The platform, a chassis upon which a car can be built, houses the car’s essential components like electric motors, battery packs, and suspension systems, all neatly packaged below the vehicle body, giving it a lower center of gravity than traditional combustion engine cars.

Rivian’s R1S SUV will be competing with other electric SUVs from companies like Tesla, which produces the Model X SUV and crossover Model Y vehicle. Tesla’s anticipated pickup truck, Cybertruck, might give the R1T pickup truck a run for its money, but the Cybertruck’s large size, divisive form-over-function styling, and continuous delays might give Rivian a fighting chance in the budding EV pickup truck space.

Who is CEO R.J. Scaringe?

Rivian (formerly Mainstream Motors) pivoted from EV sports cars early on to the luxury EV utility vehicles on display today, according to 36-year-old founder R.J. Scaringe. “It became increasingly clear that we weren’t answering a question that the world needs an answer to,” he said of the pivot in a 2020 interview. Scaringe, an MIT graduate who spent his childhood rebuilding vintage sports cars in Florida, sees Rivian as a company that can prove electric vehicles are the future of the automotive industry for every market, and even replace the traditional gas-guzzling, coal-rolling pickup truck. Scaringe himself hasn’t done much basking in the spotlight, unlike rival Elon Musk, mainly giving interviews to automotive trade publications.

What challenges does Rivian face?

The company isn’t without its stumbles, and if it fails, Rivian wouldn’t be the first eye-catching EV company to make a splash then disappear. Publicly traded company Faraday Future wowed audiences with its futuristic electric sports cars, and was set to begin production on its FF91 electric sedan, but has yet to produce any vehicles, though the company says it’s on track to produce the sedan in 2022.

Ford’s premium Lincoln brand was developing an all-electric SUV in partnership with Rivian that’s since been cancelled. And while the company’s first consumer R1T truck rolled off the line as recently as September due to pandemic-related delays, the company has burned through nearly a billion dollars this year, and says it will continue to be unprofitable “for the foreseeable future” in its filing. Supply chain constraints, like semiconductor shortages, have also hindered production of the pair of vehicles, and might make it difficult for the company to meet its nearly 50,000 pre-orders without more delays.

Ford isn’t exactly rolling over and giving the EV market to Rivian, either. Despite saying it would continue to work closely with Rivian, the company’s own EV ambitions might help or harm the partnership. Ford has over 150,000 pre-orders for its all-electric Ford F-150 Lightning, and is using the electric motor powering its Ford Mustang Mach-E to jumpstart the EV-based retrofit and custom car market.

In addition, companies are betting on other EV makers when it comes to replacing gas guzzling vehicles for their electric counterparts. Recently, Hertz agreed to purchase 100,000 Tesla Model 3 sedans to add to its rental fleet, though the two are still working out the timeline of fulfilling the massive order. As for Rivian, the company seems to be banking on Amazon’s commitment for momentum into the stock market. 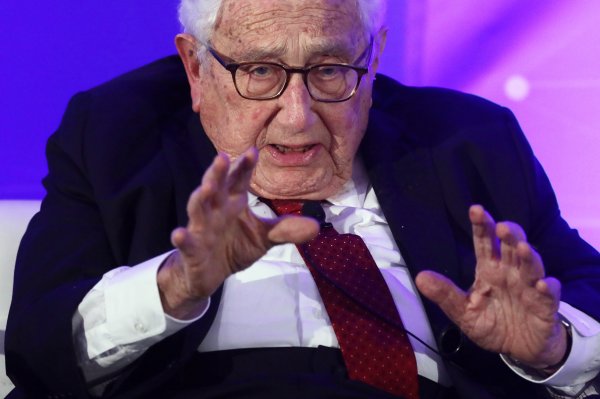