U.S. Orders Some Employees to Leave Ethiopia as War Escalates

NAIROBI, Kenya — The United States is ordering non-emergency government employees and their families to leave Ethiopia and urging other U.S. citizens that they should “depart now” as the country’s war escalates and fighters approach the capital of Addis Ababa.

“Incidents of civil unrest and ethnic violence are occurring without warning,” a statement on Saturday says, and it warns of possible communications blackouts and supply chain shortages.

On Friday, the Tigray forces who long dominated the national government before a falling-out with the current government of Prime Minister Abiy Ahmed, signed an alliance with eight other armed and opposition groups. They said they are seeking a political transition but left open the possibility of using force to make Abiy go.

The U.S. warning also comes a day after the U.S. special envoy for the Horn of Africa met with Ethiopia’s prime minister amid growing calls for an immediate cease-fire and talks. 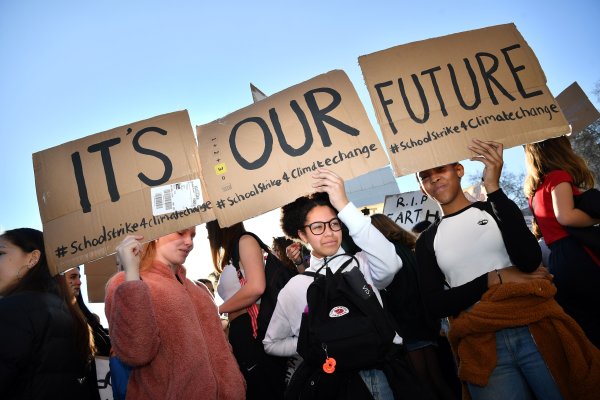 How Young Climate Activists Tired of Waiting for Change Took Action
Next Up: Editor's Pick