On Nov. 2, Shahana Hanif made history by becoming the first Muslim woman elected to the New York City Council. The Bangladeshi American, who ran on a progressive platform and was endorsed by Rep. Alexandria Ocasio-Cortez and the Working Families Party, won a seat in Brooklyn to make history in a city where more than 750,000 Muslims live.

The city council is tasked with negotiating the city’s budget with the mayor, monitoring city agencies, such as the Department of Education and the NYPD, and having authority over zoning and how land is used. Hanif was also one of two South Asians elected to be elected to the city council for the first time, along with Shekar Krishnan who won a seat representing a Queens district.

This week’s elections saw a series of firsts for candidates of color in local and state races across the country. Michelle Wu became the first woman and person of color elected to be Boston’s mayor. Pittsburgh and Kansas City elected their first Black mayors, Ed Gainey and Tyrone Garner. Dearborn elected its first Muslim and Arab American mayor, Abdullah Hammoud. And Tania Fernandes Anderson became the first Muslim elected to Boston’s city council.

Even before Hanif’s city council victory, she had earned a reputation for her grassroots work around housing, immigrant rights, language access, domestic violence and COVID relief. She is still serving in council member Brad Lander’s office as director of organizing and community engagement, where she helped community members have direct impact on how to spend city dollars.

Hanif spoke to TIME via Zoom on Thursday about her historic victory, the importance of representation and her identity as a Bangladeshi woman with lupus navigating New York City.

TIME: What have the last 48 hours been like for you?

Hanif: I just feel really seen. I’m realizing how incredibly important it is for people to see representation and what it means that New York City has not had Muslim, South Asian and specifically Bangladeshi representation on its city council. The excitement around our campaign probably also has to do with the hunger for a multiracial democracy.

What does it mean that we haven’t had South Asian or female Muslim representation on New York’s City Council? What does that reflect?

It reflects a history that is deeply rooted in racism and xenophobia. On one hand, I’m surprised that in the city council’s history, we haven’t had anyone. But at the same time, if you look at the history of the United States, should we be this surprised? When candidates run for political office, my community isn’t usually the kind that is being reached out to. But my run really activated so many of our Bangladeshi constituents, including folks who are not typically voters. They saw that, oh, one of our daughters is up for this task. I’m excited to fight for constituents who have not had a seat at the legislative table, whose organizations have not received budget allocations. It’s an exciting moment to decolonize and write our own history in a place where I call home. I was born and raised in Brooklyn and grew up as a Muslim kid in a post 9/11 era.

Twenty years after 9/11, what does it mean to be a Bangladeshi Muslim woman in New York City? You told the AP in a recent interview that when you were 10—in the weeks after the World Trade Center fell—a driver passing by called you and your younger sister “terrorists” while you were walking to the local mosque. Could you speak to the complex relationship that Muslims have with law enforcement post 9/11?

What we saw after 9/11 is the expansion of homeland security departments across the U.S. and the creation of ICE and money going into the police departments to expand surveillance. As a result of over policing, I grew up seeing neighbors deported, detained and separated from their families. In our schools—like across CUNY campuses—informants were placed in our Muslim Student Associations. I’ve been living a life under surveillance since the age of 10 but likely even before that. We were being spied on because we were not wanted in the United States.

I learned after I graduated from Brooklyn College that one woman, Mel, who I did not know personally but close friends had invited to weddings and parties, was an informant. It was just shocking to know that somebody who had befriended us had been hired by the police department to spy on Muslim students. It shows that some New Yorkers are under state surveillance at all times.

We have a city that is cooperating with ICE, which means employers can give out information about their their workers if they want to. Hospitals allow ICE to roam inside, which makes it a scary place for undocumented people to receive care. The city has distributed literature around what to do if ICE comes knocking at your door, but it was unreadable. And so with the help of a a rapid translation team, we produced our own version that we distributed in 2019.

In my district, we’ve seen an uptick in anti-semitic and Islamophobic violence. Is it the police who can heal us from that, or is it our neighbors who can really look out for for ways to support one another and really learn about each other’s histories? What can we do so that organizations can step in to provide resources around mental health issues?

Can you speak to the challenge of language barriers when it comes to health care and housing in New York City, and why it’s been such a key part of your work as an activist?

When I was diagnosed with lupus at 17, there was no medical interpreter around to speak to my parents about what lupus is and what it entails. I had to translate all this information and these big words that specialists told me.

Later, I understood how the city’s language access was not meeting people’s needs when I became a tenant organizer at a New-York based organization called CAAAV, a collective of working class Asian immigrants fighting for racial, gender and economic justice. I joined because I knew how to speak Bangla. Anytime the New York City Housing Authority had information sent to residents, it was unreliable and written in jargon. It wasn’t accessible at all.

Language access has continued being an issue, particularly throughout COVID-19. Communities of Limited English Proficiency were the last to find out about all sorts of things, from where to receive testing and vaccination to school closings.

So I put together a language access bank for those wanting to organize Bangladeshi communities. I deeply believe in holding onto our native languages. For me, it’s been a key tool to organize my community. If I did not speak, read or write in the language, I would have had a much harder time connecting.

What’s top of mind for you as you transition into your new role?

Closing Rikers is absolutely one thing that this council will continue. I’ve been pushing for closing Rikers without building four new, smaller jails in Manhattan, Brooklyn, Queens and the Bronx, as stipulated in Mayor Bill de Blasio’s plan.

I’m in support of defunding the police. For me the biggest part of the defund movement is the surveillance apparatus. We have continued to blow the budget in order to spy on Black and brown communities. So that’s the biggest thing for me: surveillance and entrapment have been the experience of Muslim communities and adding more money means more of that.

On the local level, climate justice is huge. I’m in favor of mandatory composting, coming up with long-term solutions on creating a flooding resilient city and green unionized jobs to help us address the issue of flooding basements. It’s an opportunity for us to retrofit our homes and provide jobs through an apprenticeship program. We also need to legalize basement apartments. Many folks without documentation and immigrant families resort to living in basement apartments because of unaffordable housing. But because these apartments aren’t legal there’s no accountability. Legalizing them allows us to regulate them.

How has having lupus has shaped your life and the way you approach your work?

Lupus was the catalyst to arriving here. Lupus was the moment I understood and was directly on the receiving end of not just physical and emotional pain because of this illness but also the structural pains of the city and its challenging health care system. I was uninsured. Access to health care was not a part of our family’s life.

Immediately after being diagnosed with lupus, I developed avascular necrosis—a joint disease. I was unable to walk so I applied for para-transit services (Access-a-Ride). I had to show up inside a room with an interviewer asking me to sit and stand and go up and down the stairs. It felt like a theatrical experience of some sort. It was humiliating that I needed to prove that I absolutely needed the service. And then I was rejected. I wasn’t allowed to reapply for another year, after which I was approved. But in the meantime I paid hundreds of dollars in cab fares and mapped out subway stations with elevator and escalator access.

New Yorkers with chronic health conditions should be able to live our lives with dignity whether we’re going to a doctor’s appointment or hanging out with friends. Fortunately, over the last couple of years, the New York City Council has piloted an on-demand Access-a-Ride service which I hope to make permanent.

Can you tell me about the moment when you knew that you wanted to run for office?

I would describe it as a continuity of the work that I was doing while at the current council member Brad Lander’s office, where I was dealing with a lot of issues, including domestic violence cases. I wanted to make sure that groups providing services to domestic violence survivors weren’t just getting their funding renewed but expanded.

Even within our immigrant communities, there’s a status quo in which the dominant leadership are men. I wanted to dismantle that structure and lift up our youth-led arts and cultural institutions. In Lander’s office, I was leading participatory budgeting, which is a city initiative that allows our neighbors to provide input in how they want the budget to be spent.

Folks I’d gotten close to in the district were like, ‘This seat is up for grabs.’ I took that to heart because as a woman, I feel like I am the last to see what others see in me. And so I thought, ‘Okay, they might be onto something.’

There’s excitement around women running, but I had no one to lean on in terms of—oh which other Bangladeshi woman won in a competitive race. I knew what I was getting into. This district has had consistent high voter turnout. It’s very civically engaged. I had to chart my own non-traditional path leaning on activists and organizers from throughout my life and push to do outreach to our Bangladeshi constituency and organize women to do that work.

Correction, November 5
The original version of this story misstated the history-making nature of Hanif’s victory. She is the first Muslim woman elected to the council, not the first Muslim overall. 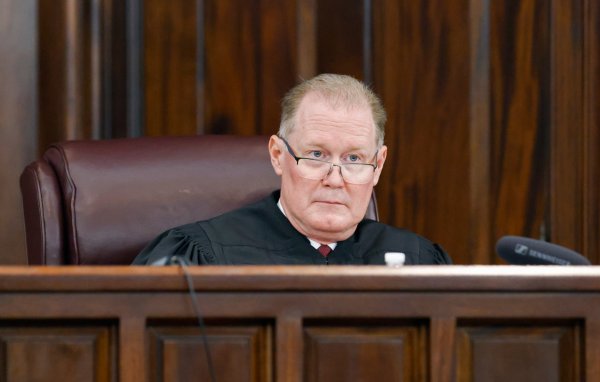