The Marriner S. Eccles Federal Reserve building in Washington, D.C., U.S., on Monday, Nov. 1, 2021. Democratic leadership showed optimism that the caucus is close to voting on two bills carrying the White House's economic agenda as they continue negotiations today.
Stefani Reynolds-Bloomberg
Ideas
By Christopher Leonard
Leonard is the author of The Lords of Easy Money: How the Federal Reserve Broke the American Economy, forthcoming from Simon & Schuster. His previous book was Kochland: The Secret History of Koch Industries and Corporate Power in America. He is a business reporter whose work has appeared in The Washington Post, The Wall Street Journal, Fortune, and Bloomberg Businessweek.

November 2, 2010, is a day that that has been mostly forgotten by history, but that should live in infamy. It was the day when America’s democratic institutions retreated to the sidelines of economic policymaking and largely left the nation’s economic development to the Federal Reserve. The result was a decade of printing money that has primarily benefited the very rich and stoked asset prices in ways that continue to destabilize global financial markets.

Observing the anniversary of 11/2 is particularly important this year because we appear intent on continuing down the same path. Congress is wallowing into its comfortable habits of infighting and paralysis. The Fed is poised to continue to take new emergency actions even as it struggles to withdraw the massive monetary stimulus programs from past years and hoping to do so without causing a market crash. It appears as if Congress has grown comfortable with its own dysfunction while allowing the Fed do handle the heavy lifting on economic affairs. But another decade of democratic paralysis and aggressive central banking would be ruinous.

The events of the original 11/2 were poetic in their symmetry. Congress stepped back from the action, and the Fed stepped forward. On that Tuesday, Americans cast their votes in the first midterm election of Barack Obama’s presidency and gave the Tea Party control of the House. Tea Party politicians had campaigned on a platform of policy negation and government shutdown, and they achieved their aims. The Obama agenda came to a grinding halt.

On that same day, an unelected committee of 18 people gathered for their regular meeting at the Federal Reserve. This committee, called the Federal Open Market Committee (FOMC) was led at the time by Chairman Ben Bernanke, who had a penchant for bold experiments. Bernanke enjoyed a level of autonomy that would be the envy of any U.S. president. When Congress created the Fed, it insulated the bank from voters, which allows the Fed to move fast in times of trouble. Bernanke used this power to great effect during the financial crisis of 2008, orchestrating large bailouts that propped up financial markets.

By 2010, however, the Fed looked like it might be out of options. The FOMC had already cut short-term interest rates to zero and kept them there. But Bernanke had devised an experimental way to do more: a program called quantitative easing (QE). This tool had been used only once before, in the heat of the financial crisis, and now Bernanke wanted to use it as a way to boost overall economic growth. This was a radical plan, and some members of the Fed’s policy committee warned against it. They argued that quantitative easing would only encourage risky lending without creating many real jobs. Over a period of years, Bernanke justified taking such risks in part because Congress wasn’t doing anything to help. On November 3, 2010, after the second day of their meeting, FOMC members approved Bernanke’s plan for $600 billion in quantitative easing. The Fed made itself central to America’s economic growth.

This was just the beginning. Between late 2010 and 2014, the Fed used quantitative easing to create about $2.3 trillion. To put that in perspective, that’s more than twice as much money as the Fed had created during the first 95 years of its existence. The bank crammed two centuries’ worth of new money creation into a few short years.

The Tea Party wasn’t entirely responsible for the Fed’s increasingly ambitious efforts. Politicians from both parties were more than happy over the years to let the Fed take on more responsibility. Because the Fed didn’t have to collect tax taxes, its actions seemed relatively painless, recalled former Fed governor Elizabeth “Betsy” Duke, an FOMC member who voted for a massive round of QE in 2012.

Read More: How Jay Powell Is Changing the Fed

“It begins to seem like free money,” Duke said. “Free money to a politician is heaven.” But Duke and others inside the FOMC pointed out during internal debates that the experiment in QE did indeed carry costs. One of these costs was driving up income inequality.

To understand why this flood of money primarily helped the rich, it’s important to understand how the Fed makes money in the first place. The Fed can’t make new dollars appear in normal people’s checking accounts. It can only create new cash in one narrow way: by making it appear inside the bank accounts of an elite group of 24 financial firms called primary dealers, such as J.P. Morgan and Goldman Sachs. Here’s how it works: A financial trader at the Fed will call up a primary dealer and offer to buy something like, say, a bunch of 10-year Treasury bonds for a price of $10 billion. When they agree to a deal, the Fed trader pays for the transaction by making $10 billion appear inside the primary dealer’s special reserve account at the Fed. Voila—new money is born. Quantitative easing is nothing more than a rapid series of purchases like this, which flood new cash into reserve accounts of a few institutions on Wall Street.

By printing so much cash, the Fed created an all-powerful force in global markets called a “search for yield.” The wave of new dollars had to find somewhere to settle down and earn modest profit, or yield. By pinning rates at zero, the Fed helped ensure that the money could not earn even modest yields if it was stashed in ultrasafe assets like 10-year Treasury bonds. So pension funds, private equity firms and other investors desperately hunted for assets to buy that might produce even small yields. This is why quantitative easing drives up the price of assets like shares of stock, corporate debt, commercial real estate, and even fine art. There was too much cash chasing too few assets.

A policy that drives up asset prices will benefit the rich far more than workers. The bottom half of Americans only own about 5 percent of all the nation’s assets, according to a Fed survey from late 2020. The top 1 percent own 29 percent of the assets while the top 10 percent own 65 percent. The rich enjoyed years of swelling asset prices under QE. But all that money couldn’t fix the deeper problems that hold back the middle class. The Fed could not build bridges, improve the education system, empower workers to bargain for more money, or reclaim any of the jobs that were lost to offshoring and automation. Only Congress can do such things. But the Fed’s easy money policies made it even easier for Congress take the path of inaction.

Even if this dynamic was acceptable, the Fed’s money printing powers cannot carry America indefinitely. After a certain point, printing more money only stokes inflation and creates devastating assets bubbles. This is why Ben Bernanke’s successors, Chairwoman Janet Yellen and current Chairman Jay Powell, labored so mightily in recent years to scale back the Fed’s interventions. But every time the Fed tries to pull back, investors see what’s happening and they react by moving their money away from the investments the Fed incentivized them to buy in the first place. The Fed is trapped. It hasn’t been able to withdraw the easy money without precipitating a crisis.

But the coronavirus pandemic has shown that there is a different way to boost growth. In 2020, Congress did something it had not done in at least a decade—it flexed its policymaking muscles. Congress sent billions of dollars directly to people, rather than to primary dealers. Emergency loans were given directly to small businesses, rather than just big banks. Billions of dollars was spent to solve real-world problems like vaccine development and medical equipment production, rather than just propping up financial markets. The results were immediate. The poverty rate fell quickly and hit the lowest level since 1967. Hundreds of millions of vaccine doses were administered. Millions of jobs were regained after the lockdown.

But the fiscal fever is fading quickly. Conservative Democrats are luxuriating in their ability to slow down passage of Congressional action or kill it outright. Republicans have reverted to the Tea Party playbook from 2010, actively rooting for Democrats to fail. Republicans are positioning themselves to take control of Congress in next year’s mid-term. If they win, there is every reason to believe they will pursue a strategy of blocking any major legislation from a Biden White House.

Observing 11/2 this year should remind us what’s at stake. One decade of QE-driven growth has deepened the divide between the very rich and everyone else while fueling sky-high asset prices. Another decade of this approach might push the system to the breaking point. Congress might enjoy not getting anything done, but the rest of us can’t afford it. 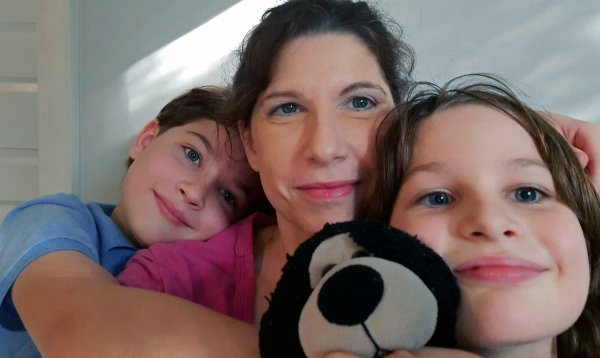 Child Tax Credit Was a Lifeline to My Special-Needs Sons
Next Up: Editor's Pick