American Airlines Cancels 1,000-Plus Flights Due to Weather

American Airlines Group Inc. canceled more than 1,000 flights this weekend and blamed weather, particularly high winds earlier this week in Dallas, for the disruption.The airline scrapped more than 600 flights on Sunday, or about 12% of total flight operations, an American spokeswoman said in an e-mail. That adds to 460 flights nixed on Saturday after weather conditions affected its staffing needs.

Two days of severe weather, including wind gusts of 50 miles per hour, at its Dallas-Fort Worth hub kept three out of five runways shut, the company said in an Oct. 30 statement.

The “proactive” cancellations are a “measure to minimize any inconvenience as much as possible,” American said in the statement. “Most of the customers impacted by these changes are being rebooked the same day.”

Air travel is picking up fast following more than a year of Covid-19 restrictions. Airline passenger numbers in the U.S. totaled 1.93 million on Thursday, more than twice the 873,636 figure on the same weekday a year earlier, according to the Transportation Security Administration.

Earlier in the week, the Biden administration issued new rules for travelers to the U.S., requiring proof of full vaccination against Covid-19 in addition to a recent negative test for the virus. The moves taking effect Nov. 8 represent the biggest change to U.S. travel policy since the start of the pandemic.

FlightAware data showed American canceled 670 flights on Oct. 31, the most of any airline, and another 95 were delayed. China Eastern Airlines Corp. had the second-most, with 481 cancellations. 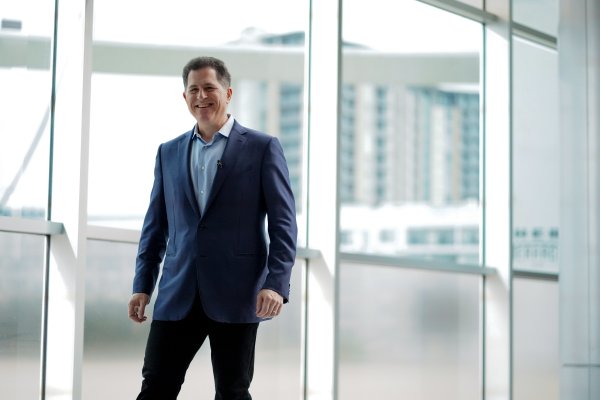 Michael Dell Has Been a Tech CEO for 34 Years. He Has Some Advice For Younger Founders
Next Up: Editor's Pick