Here Are the 10 New Books You Should Read in November

Cozy reading season starts now, with a crop of stirring new books offering something for everyone to curl up with. For those looking to reflect on deeply unsettling recent history, there’s Gary Shteyngart’s new novel set at the beginning of the COVID-19 pandemic, when a group of friends enter lockdown together in a country home. For those eager to escape, Nnedi Okorafor offers a break from reality with her latest work of sci-fi about an outcast living in near-future Nigeria. There are powerful essay collections from Ann Patchett and Emily Ratajkowski, incisive examinations of history and more. Here, the 10 new books you should read in November.

The plot of Gary Shteyngart’s new novel will hit close to home for many: in March 2020, as the COVID-19 pandemic makes itself known around the world, a group of friends decide to wait out lockdown together in a Hudson Valley home. Shteyngart details their conversations, frustrations, confusions and betrayals over the following six months. It’s a darkly comedic examination of isolation, friendship and love—a novel that captures the absurd, sad and sometimes funny moments that accompany living through an era that feels increasingly apocalyptic.

In his new memoir, acclaimed artist and activist Ai Weiwei looks back on his life and family history. The author dives deep into the hardships that his father, Ai Qing, endured during China’s Cultural Revolution—and how that familial history shaped his own childhood and artistry. 1000 Years of Joys and Sorrows is a close look at a father-son dynamic, written in affecting terms, as well as a narrative about legacy, politics and creativity.

Buy Now: 1000 Years of Joys and Sorrows on Bookshop | Amazon

It’s 1930s Los Angeles when a teenager named Lou wakes up in an alley with no idea how she got there. Though she tries to get her life back on track—she gets placed with a nice foster family and eventually gets a job as a journalist—Lou is haunted by her lack of knowledge about her past. It turns out, as Natashia Deón describes in her intricately crafted novel, that Lou is immortal. As Lou learns more about her existence, she becomes determined to understand who she is and all that she experienced before this moment. It’s a plight that Deón illustrates in vivid and thrilling terms.

Last year, model and actor Emily Ratajkowski wrote an essay that went viral about reclaiming her image after multiple artists profited off of creating works based on her likeness. The piece delved into her relationship with the paparazzi, our culture’s obsession with female beauty and issues of consent. Building off those themes, Ratajkowski presents her hotly anticipated debut essay collection. In My Body, the author outlines her rise in the fashion and film industries as well as her journey to motherhood through essays that coalesce into a frank and intimate portrait of womanhood, power and sexuality.

The Dawn of Everything: A New History of Humanity, David Graeber and David Wengrow (Nov. 9)

In their comprehensive account of human history, David Graeber and David Wengrow urge us to reconsider everything we thought we knew about social evolution. They outline how many of the assumptions we’ve come to accept as facts—including the rise of agriculture, the formation of cities and the evolution of social hierarchies—are not necessarily based on heaps of scientific evidence. They examine lesser-known findings in archeology and anthropology to highlight all that we don’t know about human history. The result is an illuminating and accessible new book that doesn’t just debunk the past, but also looks at how that past will impact the future.

Buy Now: The Dawn of Everything on Bookshop | Amazon

The protagonist of Nnedi Okorafor’s thrilling new work of science fiction is a partially robotic woman who likes to be called AO, short for Artificial Organism. She’s living in a near-future Nigeria where she’s always felt different from everyone around her because of the augmentations made to her body. On a trip to the local market, AO is thrown into an unexpected situation with dire consequences that leaves her no choice but to run. She teams up with a herdsman who has been wrongfully accused of terrorism, and the two embark on a page-turning journey where they must do what it takes to survive. It’s an unsettling narrative that Okorafor imbues with searing commentary on the impact of technology on humanity.

Growing up, Gayle Jessup White heard stories that suggested her father’s family were direct descendants of Thomas Jefferson. It wasn’t until several years later that the author confirmed her father’s ancestry, and learned that she was a direct descendant of not only Jefferson but also of Peter Hemings, the brother of Sally Hemings. In her memoir, Jessup White chronicles the research process that led her to these realizations and grapples with what it meant to her to learn about her family’s past. Her book is a stunning portrait of a woman reckoning with her racial identity and a powerful narrative about family legacy and racism in America.

Pulitzer Prize finalist Ann Patchett ruminates on life, friendship and love in her latest essay collection. The titular piece is a heartbreaking account of Patchett’s unexpected bond with Tom Hanks’ late assistant, Sooki—the two women forged a deep connection, with Patchett eventually housing Sooki while she underwent cancer treatments. Other essays are less devastating and vary in subject, from a meditation on Snoopy to her memories of time spent in Paris. Throughout, Patchett’s voice shines through as she breaks down the quiet moments of everyday living in her sharp and witty prose.

Faith Jones grew up on a farm in Macau where she belonged to the extremist religious cult Children of God, which was founded by her grandfather. In her memoir, she describes her troubling coming-of-age, marked by hours of praying and preparing for the End Times. At 23 years old, Jones broke away from the cult and the only life she ever knew in order to get an education, eventually going to law school. Both inspiring and disturbing, Sex Cult Nun unravels Jones’ complicated upbringing, the trauma she endured as a result and her eventual path to liberation.

The characters that populate Hiromi Kawakami’s newly translated collection of interlinked stories are all in situations both strange and somehow terribly ordinary. Among them are a child who never ages, another who stores doll brains in a drawer and an elderly man with two very different shadows. These peculiar characters live in 26 tightly drawn narratives that feature Kawakami’s signature unsparing and clever prose. Like her novel Strange Weather in Tokyo, Kawakami’s latest is an offbeat and energetic look at the magical and mysterious elements that can arise in the most normal circumstances.

Buy Now: People from My Neighborhood on Bookshop | Amazon 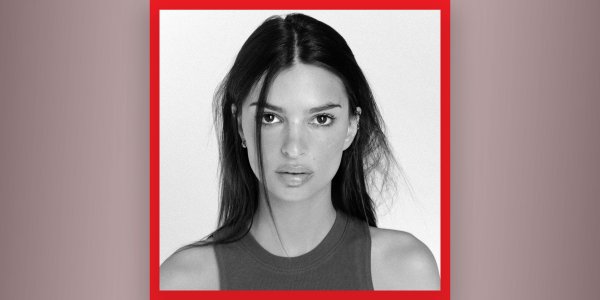 Why Emily Ratajkowski Didn’t Want to Write That 'Blurred Lines' Essay
Next Up: Editor's Pick