It’s an old story. Just when you think you know where your life is heading, somebody comes along and shoves you off that safe, familiar trail and onto a new one. One such transition shapes the smart second season of Love Life, an HBO Max anthology series that follows the romantic travails of a new character in each season.

This edition’s protagonist, Marcus Watkins, a married book editor played by William Jackson Harper, meets his potential soulmate Mia Hines (Jessica Williams) at a wedding. (Season 1 viewers will recognize Anna Kendrick’s Darby as the bride.) Small talk leads to an “emotional affair” that hastens the end of Marcus’ marriage. Instead of navigating his new path with Mia, however, as he’d hoped to do, he’s left lost in the woods, not just single, but also fundamentally confused about who he is and what he wants out of life. The scenario yields a far fresher story than Kendrick’s generic single-girl-in-the-city tale.

Like its predecessor, the season, which debuts Oct. 28, speeds through Marcus’ entanglements at the rate of roughly one per episode, from the eager but inexperienced college girl (Aline Mayagoitia) to the older beauty who pays for fancy hotel rooms (Leslie Bibb). But at its core is the identity crisis his feelings for Mia set into motion. Uncomfortable in his own skin; tired of having to prove his authenticity to people, like the cocky young author he’s courting, who judge him for not being “Black enough”; and exhausted by white people who compare him to Obama, Marcus also has a strained relationship with his hard-to-please dad (John Earl Jelks). (In a sweet casting choice, Janet Hubert, The Fresh Prince of Bel-Air’s original Aunt Viv, plays his mom.) That tension doesn’t seem at all unrelated to his struggle to define Black masculinity on his own terms.

As Mia drifts in and out of his life, hauling her own truckload of baggage, it’s through introspection, experience and personal accountability that Marcus approaches that elusive quality: maturity. Love Life isn’t the first rom-com to trace a character’s belated emotional coming-of-age through successive relationships, yet Harper’s subtle, unaffected performance and the insight with which the people in his life are written and cast save it from the glibness of rom-coms like John Cusack’s High Fidelity. Punkie Johnson is a particular standout as Marcus’ lady-killer sister Ida, while her SNL castmate Ego Nwodim brings nuance and empathy to Ola, a New Age-y, Afrocentric playwright girlfriend of Marcus’ who might have otherwise come off as a caricature.

Onscreen romance has evolved quite a bit since The Philadelphia Story—and even since Notting Hill. We’ve seen the genre diversify with movies like Crazy Rich Asians and shows like Insecure. The L Word, Looking and The Half of It have explored queer love in all its many incarnations. And yet, we still don’t see many love stories that examine the difficulties a man, let alone a Black man, might have to work through in forming an identity independent of his long-term partner. There is no male equivalent to Alice Doesn’t Live Here Anymore. HBO’s gender-flipped remake of Ingmar Bergman’s Scenes From a Marriage felt forced.

There are good reasons why finding oneself post-breakup has become an archetypally female narrative. Even when we aren’t extracting ourselves from abusive or domineering partners, women face unique pressure to please. But we’re not the only ones forced to define ourselves within a system purpose-built to accommodate people who don’t share our identity. Whether he’s putting up with his white boss’s microaggressions or contorting himself to fit Ola’s idealized conception of “Black love,” the Marcus we meet lives largely on other people’s terms. Only in interrogating everything about his life—his family, his friendships and his career, as well as his romantic relationships—can he become a person who’s ready for real love. As RuPaul might say: if you can’t fulfill your own emotional needs, how the hell are you gonna fulfill anyone else’s? 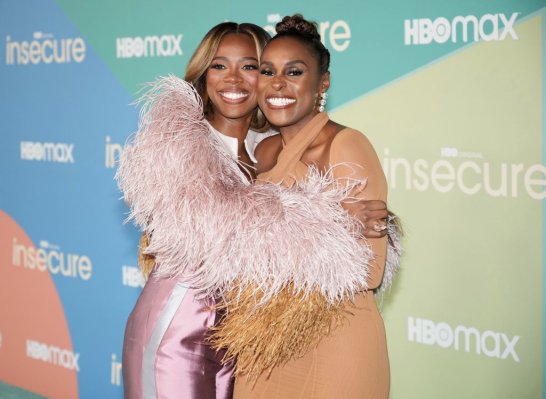 These Numbers Show How More Diversity on TV Leads to Increased Viewership
Next Up: Editor's Pick