Changing Cancer Care, So Patients No Longer Feel Like a Number

“Having cancer is terrifying. It’s scary. And going to the hospital—I really felt like a number,” says Marc Hulett, who was diagnosed with prostate cancer in 2004.

Hulett had surgery to remove his prostate and has been on hormone therapy for 17 years. Every three months, he gets a blood test to monitor his progress, but he no longer feels like a number. He drives from his home in Palm Springs, Calif., to Los Angeles—which can take up to six hours—to see his oncologist, Dr. David Agus, at the Ellison Institute for Transformative Medicine.

As the name suggests, the Institute isn’t just another cancer clinic. Agus founded it with a grand vision for changing the way cancer patients get their care, in the hopes of evolving away from decades-old notions about the kinds of treatments cancer patients get, and how it’s delivered.

The experience starts, says Hulett, as patients walk in the door. The Institute boasts innovative art installations, from a Picasso to Koons sculptures, plus a zen garden and several outdoor spaces that replace the sterile white-walled waiting rooms in most hospitals. An active research lab serves as the core of the facility, located physically at the heart of the building and encased in glass windows so patients going to their appointments can see researchers working on what might be the next new cancer therapy for them. Patients are encouraged to treat the researchers and doctors at the Institute as partners in their care, rather than dictators instructing them on how to beat cancer.

“At a typical doctor’s office I usually feel like a number of a faceless case,” says Jill Leanse, another of Agus’ patients who was diagnosed with breast cancer in 2017. “Dr. Agus is not shoving down my throat what I am and what I need. It’s more of a conversation, and I’m more allowed to reveal what my needs and interests are as a patient.”

The calming environment, which physically represents a blend between an airy, light-filled spa and a wellness center, plays a huge role in generating that mentality, and it’s something Agus cultivated intentionally in the design of the building. It’s part of a growing trend toward rethinking medical care and upending traditional ideas—everything from the facilities where patients are treated, to the standards of care that haven’t changed in decades. In breast cancer, for example, researchers are studying how much screening and treatment is too much, in groundbreaking studies that will compare women following standard guidelines, and women who are following more innovative ones that are tailored to their particular risk for the disease. “I think we are all taking a big step back, looking at the big picture of what we are doing without benefiting the patient in any way,” says Dr. Shelly Hwang, chief of breast surgery at Duke University School of Medicine, who is pioneering ways to do less with more when it comes to treating low-risk breast cancers. “It’s a hard space, but in the long run will result in good outcomes for patients, with an improved quality of life.”

New technologies are fueling the shift in thinking as well—including advances in blood-based testing, or liquid biopsies, to pick up signs of abnormally growing cancer cells, and broader genetic screening for genetic signatures of cancer, among other diseases. It’s part of the evolution toward more personalized, patient-specific care that will mean diagnoses and the right treatments will be better matched to patients. At Intermountain Health in Utah, researchers found that such a precision-medicine approach helped patients live longer on average and cost the health system less than traditional strategies for people with advanced cancer. “We see doubling of overall survival, and cost savings of $750 on average per patient,” says Dr. Lincoln Nadauld, vice president and chief of precision health and academics at Intermountain.

With these innovations, cancer patients can now map a very different disease journey for themselves—one that could ultimately mean not only better outcomes and less hit-or-miss treatments, but an improved quality of life as well. “In breast cancer and extending to other cancers, we are looking for areas where we just did a lot of treatment without it being necessarily evidence-based,” says Hwang. “We are looking for opportunities to back off where doing things that were potentially harmful to the patient didn’t result in any improvements in cancer specific-survival or overall survival, and only reduced quality of life.”

Hwang is leading a study hoping to provide the data needed for such de-escalation for women with the lowest risk breast cancers, or ductal carcinoma in situ (DCIS). DCIS is among the earliest stages of cancer, and, some studies show, doesn’t grow quickly or spread to other parts of the body. In fact, only about 20% to 30% of DCIS progresses to become invasive breast cancer, yet nearly all women diagnosed with DCIS will get invasive treatment in the form of surgery, radiation or a combination of both. Hwang’s study, COMET, is designed to compare what happens to women who decide to monitor their DCIS carefully with regular screening and scans, compared to those who get the standard treatment. The idea of watching a cancer, rather than taking immediate action to treat it, is a challenging one for patients and doctors alike to accept. “Patients always question, ‘Isn’t it better to do more?’” says Hwang. “The next challenge is to pull the rest of society with us in saying we now have biomarkers, we have data and we have clinical trials to show that a lot of the things we were doing in the past we did because we thought we had to, but that we don’t really need to do everything. And I think the place to start doing that is in very low-risk conditions like DCIS; those are the opportunities where we can really start digging into the idea of de-escalation.”

The expanding knowledge of genetic drivers of cancer has given doctors like Hwang more confidence in advising their patients about when more might simply be too much. The growing list of genetic culprits in cancer is helping doctors identify which specific genetic patterns are associated with cancer, and more importantly, more aggressive cancer, and therefore need immediate treatment. It also sheds light on which patterns are linked to more indolent forms of the disease, where intervening with invasive surgery or toxic radiation or chemotherapy might do more harm than good.

Ultimately, such information can help detect cancer before it harms a patient’s health. At Intermountain, for example, patients have the chance to get yearly blood tests to screen for diseases including up to 50 different types of cancer, by looking for specific genetic signatures of malignant cells. The test is derived from the health system’s HerediGene Population Study, which launched two years ago and has mapped the genomes of 75,000 patients so far. “We found that more than 4% of the people in the study carry a gene that puts them at risk of cancer, heart disease or some other inherited disorder,” says Nadauld. The study is open to any patient, whether they are being treated for a condition or simply getting annual checkups; that way, researchers can start to tease out which genetic patterns are connected to disease, and which are associated with better health. And because most people are treated by a primary care physician, Nadauld plans to create guidelines to chart how to care for patients at higher risk for certain conditions, including which tests and prescriptions to order, and which treatment options to consider. For now, the health system connects people getting genetic testing with nearly two dozen genetic counselors, to help them understand what risk genes means, and how much risk each gene or genetic combination confers.

It’s all about bringing cancer care to the next level, says Agus, and that includes not just making sure treatments evolve, but that the way patients are treated changes as well. “We are in a rut,” he says. “No matter how much we talk about the progress we make and pat ourselves on the back, people are still dying of cancer at enormous rates. We are not winning the war on cancer by any means. This building was not made to declare victory but to move forward; it was done to address the failure that our current ways of doing things haven’t really yielded the answers. So we need to approach things differently.”

At the Ellison Institute, that begins with putting patients at ease as soon as they walk in the door. Patients can wander the Institute’s grounds and bide their time in one of several outdoor sculpture gardens. Each patient wears a geo-tracking bracelet during their visit, so nurses can find them when the doctor is ready for them. Since the Institute opened in Sept., Agus is also ramping up in-house testing so patients can get basic lab work done on the day of their visit, and have the results available in a few minutes so they can discuss them with their doctor.

Every patient’s treatment, along with their outcomes, also becomes part of an iterative process that will contribute to learning and improving the care that not only they might receive in a few months’ or few years’ time, but that their children and their children will receive if they were to be diagnosed with cancer. Similar to the way that each Google search benefits from the searches that have come before because the search engine learns which results had the highest hits, Agus hopes to learn from each cancer patient to ultimately change how the next one is managed. “Over and over again, I’m doing the same thing,” he says. “And I’m not learning from every experience. In cancer, I treat you how the current guidelines are. We don’t learn and we don’t develop structured data. Our electronic health records are basically PDF files; we need to reinvent what we’re doing, and make every patient’s experience be part of the solution and be part of how we’re going to treat the next patient better.”

While clinical trials can only enroll hundreds or thousands of patients, there is data on tens and hundreds of thousands of patients currently being treated in the real world that isn’t being exploited, he says. “We could start to learn so much from real world evidence, and we will. If a patient is smoking, does that help or hurt their treatment? If a patient walks more, how does that affect their treatment? We know that your lymphatics control your immune system and the rhythmic contraction of the muscles when you walk actually make your lymph system work. The beauty of today’s world is that we often have that information—your cell phone knows how much you move, for example. We have all that metadata that we can start looking at in the real-world caring of patients, and I think we will make tremendous insights.”

In the research labs at the Institute, Shannon Mumenthaler, assistant professor of medicine at the Keck School of Medicine of the University of Southern California and lab director at Ellison, heads a team that is focusing on understanding the biological homes that cancer cells find in the body, with the hope that changing this environment to make it less hospitable will open up entirely new ways to treat the disease.

Eventually, such improvements in treatment will spill over into preventing cancer as well. The better researchers get at identifying the key drivers of cancer, and which risk factors are the hallmark of more aggressive disease, the sooner they can start looking for these high-risk scenarios among their patients and refine how their health is monitored for signs of disease.

“There is a wholesale recognition across all cancers—of all different stages—that we need to be more personalized about the treatment we are giving each individual patient,” says Hwang. “All patients are different, all cancers are different.” 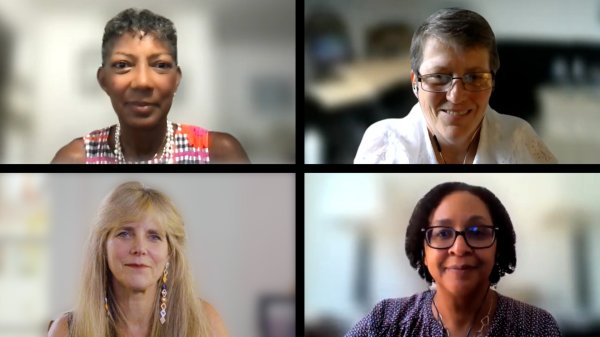