People walk along the campus of Amherst College in Amherst, Mass., on March 21, 2018.
Keith Bedford—Boston Globe/Getty Images
By Katie Reilly

Since Johns Hopkins University stopped giving admissions preference to children of alumni seven years ago, its percentage of low-income and first-generation college students has jumped considerably. Now, Amherst College has announced it will do the same amid growing demands to level the playing field in college admissions.

Legacy preference, the longstanding practice of giving an admissions advantage to children of alumni, is used by 73% of the most selective universities — those, like Amherst, that admit less than 25% of applicants, according to a 2019 survey on admissions practices.

“Legacy preferences that benefit wealthy and white students are frustrating the good efforts that colleges and universities are making to diversify by class and race,” says Richard Kahlenberg, a senior fellow at the Century Foundation who edited a book on legacy preference, titled Affirmative Action for the Rich. “It’s not much of a leap to suggest that eliminating this unfair practice that benefits wealthy and white students will result in greater diversity.”

A 2011 study found that legacy students, who are disproportionately affluent and white, were more than three times as likely to be admitted to highly selective colleges as non-legacy students. Legacy students have made up about 11% of each class at Amherst, comparable to other elite colleges.

“Now is the time to end this historic program that inadvertently limits educational opportunity by granting a preference to those whose parents are graduates of the College,” Amherst President Biddy Martin, who recently announced she would step down next summer, said in a statement. The college also plans to increase annual financial aid offerings to $71 million, expecting to provide full tuition scholarships to all students in the bottom 80% of U.S. household income.

“We want to create as much opportunity for as many academically talented young people as possible, regardless of financial background or legacy status,” Martin said.

Amherst’s decision comes as advocates for college access press for changes to address the inequities that give wealthy students an admissions advantage and that hinder many low-income students and students of color. This year, Colorado enacted legislation banning public colleges and universities in the state from giving preference to legacy applicants.

Johns Hopkins University, which quietly eliminated legacy preference in admissions in 2014, has become a case study of what can happen when colleges take this step. Johns Hopkins President Ronald Daniels didn’t publicly announce the change until 2019, explaining that the school wanted to watch the impact of the change “and ensure that our approach was sustainable.”

The impact has been striking.

“It has changed our class greatly. We’re more diverse on many, many dimensions,” says David Phillips, vice provost for admissions and financial aid at Johns Hopkins, noting that the policy change is one part of an approach that also includes more financial aid offerings and on-campus support for first-generation and low-income students. “It’s helped us attain what we feel is a much more dynamic and fertile intellectual environment for our students.”

Concerns that colleges could lose alumni support and donations often arise in the debate over ending legacy admissions and could be an obstacle preventing more universities from abandoning legacy preference.

“I think for many institutions, as for us, our alumni are a very important constituency,” Phillips says.

“On one level, it can be hard. You don’t want to turn them off. But on another level, we have to remain focused on what our mission is, our goals for diversity and our goals for the university and its role in a liberal democracy,” he says.

A spokesperson for Johns Hopkins said alumni donations have steadily grown since 2014, when the school ended legacy preferences, and Daniels has said the university “saw broad alumni support” after announcing the change in 2019.

At least one analysis, published in Kahlenberg’s 2010 book, concluded there was no evidence that legacy preference led to increased alumni donations at top universities from 1998 to 2008.

“Our findings cast serious doubt on the financial justification for legacy preference policies,” the authors wrote, adding that they found “no short-term measurable reduction in alumni giving” resulting from schools eliminating legacy preferences.

While a majority of voters oppose special treatment for children of alumni, according to a 2019 Suffolk University/USA Today poll, responses varied based on income. Forty percent of those making more than $140,000 a year thought legacy preference was acceptable, compared to just 21% of those making less than $50,000 a year.

“The alumni groups that favor legacy preference are powerful, and they care intensely,” Kahlenberg says. “It’s a vocal minority that is dictating policy.”

He’s hopeful that more universities might start to ignore that vocal minority.

“The case for legacy preferences has been weak all along, and I’m surprised that Amherst and other institutions didn’t jettison this anachronistic practice even earlier,” Kahlenberg says. “But I’m hopeful that other institutions will follow Amherst’s lead.” 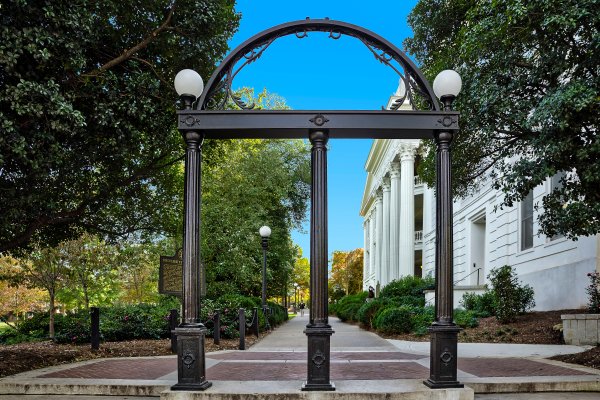 Critics Say Academic Freedom Is at Risk Under New Tenure Rules
Next Up: Editor's Pick