​​'Green Swan' Climate Events Can Rock the World's Economies. How Banks Prepare for Them Could Save More Than Dollars

Christine Lagarde, president of the European Central Bank, left, and Mark Carney, former governor of the Bank of England, center, attend the launch of the COP26 Private Finance Agenda in London on Feb. 27, 2020
Simon Dawson—Bloomberg/Getty Images
By Emily Barone

One Friday afternoon a decade ago, crisis struck Japan. First came a 9.1-magnitude earthquake, the country’s largest ever recorded. That triggered a massive tsunami, which washed away entire towns. The tsunami then caused a meltdown at the Fukushima Daiichi nuclear power plant, 150 miles north of Tokyo.

Immediate human toll aside, the disasters also threatened to plunge the world’s third largest economy into crisis. Masaaki Shirakawa, then head of the Bank of Japan, scrambled his proverbial jets. The bank doubled its bond and asset purchases, and pumped hundreds of billions of dollars into the market to ensure that banks could keep lending. Working with other central banks, it sold yen on the foreign exchange markets to stabilize the currency. Although the disaster left 20,000 dead or missing, Japan’s financial sector withstood the shock. If it hadn’t, Shirakawa said a month later, “the adverse effects on people’s lives and economic activity probably would have been even greater.”

Read More: The Pandemic Was a Wake-Up Call. Banks Must Embrace Hybrid Working

Shirakawa’s efforts presaged a growing consensus among today’s central bankers that they need to shore up the world’s financial systems against the economic impacts of climate change. The Japan disaster was a “black swan” event—rare, majorly disruptive and unexpected. But rising sea levels, droughts, fires, hurricanes and other extreme events from climate change—“green swans”—are inevitable.

Armed with that foresight, eight central banks and financial supervisors came together in 2017 to come up with a plan. Their group, the Network for Greening the Financial System (NGFS), has grown to 98 members, some of which are testing how regulatory policies can ready the financial system for physical destruction of life and property, asset-value losses and rising insurance premiums that come from green-swan events, as well as economic speed bumps like higher energy prices as more countries tax greenhouse-gas emissions. “[Central banks] realize the need to do things now to recognize the existence of risks of climate change and how they impact firms and people,” says Natalia Ospina, head of policy analysis at the London-based Sustainable Policy Institute at the Official Monetary and Financial Institutions Forum (OMFIF).

Unlike governments, central banks—which oversee national monetary policy—can’t issue targeted climate policies like clean-energy subsidies or carbon taxes. But they can tinker with banking regulations to make commercial banks evaluate and hedge against their climate-change risks, which could spur banks to do more business with greener firms. (Story continues below the graphic.)

There are questions about how far central banks can or should go with those efforts. Central bankers are not elected, and they have mandates that grant them autonomy when it comes to, say, managing inflation, but they’re not meant to pick favorites in an open market. This issue is particularly sticky in the U.S. Although the nation’s central bank, the Federal Reserve, joined the NGFS in December and later formed a committee to explore climate risks to financial stability, it also intends to be neutral in the market.

“We have a responsibility to think about how climate change impacts our existing mandates around things like safety and soundness, financial stability or monetary policy,” said Kevin Stiroh, head of the supervision group at the New York Federal Reserve, at an OMFIF talk in April. “It’s a long-standing Fed position that banks make their own decisions about which legal businesses they engage with.”

Numerous heads of central banks, including Christine Lagarde, president of the euro zone’s, have prioritized climate. “The most important tools that are needed lie outside of our mandate,” she said in January, “but the fact that we are not in the driving seat does not mean that we can simply ignore climate change, or that we do not play a role in combatting it.” What that role could entail remains fuzzy. The mandates of some central banks, like those of England, France and Brazil, explicitly mention climate change. But even those banks worry about going too far, says Megan Greene, a global chief economist at advisory firm Kroll. “If they actually use their monetary policy tools to address climate change, then they are inherently picking winners and losers,” she says. “They’re still pretty wary of that.”

So far, most central banks are still trying to figure out the risk posed by climate change. They’re evaluating their own portfolios and asking—but typically not yet mandating—commercial banks to disclose which loans and assets are tied to carbon-intensive sectors or are vulnerable to green swan events. With that information, climate-progressive central banks are running predictive models to test how financial institutions would fare in different climate scenarios. These stress tests could one day lead to policies like requiring banks with greater climate risk to hold more capital. Because banks make money by lending and not by holding capital buffers, such requirements may lead them to engage with greener companies and raise interest rates on loans to dirtier ones. In turn, that could push businesses to check their own risks and reduce their carbon footprints.

For now, the financial world is working to assess what is “green” and what is “dirty.” Without that framework, it’s hard to do things like peg interest rates or collateral requirements to environmental friendliness. Another challenge: international commercial banks have noted that when climate-risk assessments are not uniform across countries, it creates an unlevel playing field. Finding common ground won’t be easy, as there are at least 200 climate-risk frameworks across 40 countries, according to an International Monetary Fund analysis. On top of it all, central banks generally forecast in quarterly time frames—not the decades it will take to achieve net-zero carbon emissions.

With the debates over which assets are green vs. dirty, how to uniformly calculate them and what the climate scenario will actually be in decades’ time, modeling climate exposure is like baking from a recipe that lists neither all the ingredients nor standard measuring units nor oven temperature. But as on a baking show, the clock is counting down. “We’ve not even completed the exploratory phase yet,” said Sarah Breeden, executive director for financial stability and risk at the Bank of England, at an OMFIF conference in September. “However, we do have a code red for humanity.” 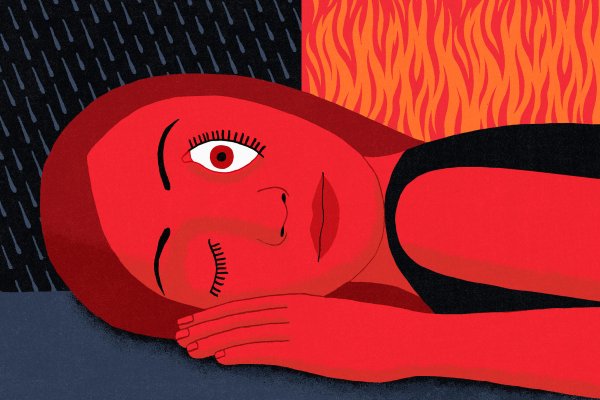 Resources to Help Manage Climate Anxiety
Next Up: Editor's Pick