Climate Resilience is a Design Challenge. This Bangladeshi Architect Has Solutions

Already, monsoon season in Dhaka can see up to 10 in. of rain a day; with climate change, it’s bound to get worse
Sumit Ahmed—Eyepix Group/Barcroft Media/Getty Images

Most urban planners would despair at the prospect of making Dhaka climate-resilient. Not Rafiq Azam, a Bangladeshi architect who leads a team redesigning the historic southern half of the city to adapt to a warmer, wetter future. “If the challenge becomes a problem, it’s misery,” says Azam. “But if you think of a challenge as an opportunity for innovation, it turns into a celebration.” Azam began by revitalizing the city’s neglected urban parks, turning them into small green oases that double as water-­catchment areas: deep trenches below collect and store rainwater runoff from the parks, which is then filtered and pumped to a community tap as drinking water. The existing drainage ditches take undrinkable runoff from city streets, reducing flooding. So far his team has transformed 31 community parks and playgrounds. “Rain is no longer a pain in these areas,” he says. “It’s reason for celebration.”

Storm surges threaten low-lying cities globally; if Dhaka’s experience is a cautionary tale of the challenges of climate change, its solutions could be equally applied elsewhere. 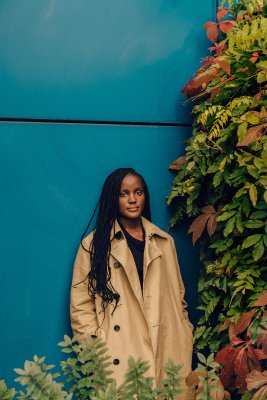