Barbados' Prime Minister Has a Message for Rich Countries

In the battle to slow down climate change, countries like Barbados are on the “front line,” says Prime Minister Mia Mottley. The island is threatened by rising sea levels and extreme weather events like hurricanes that are increasing in intensity and frequency.

But adapting to the impacts of climate change, to build defenses and repair the damage from hurricanes, will cost money that Barbados, with a national debt ratio of 144% of GDP, does not have. Mottley has made tackling the country’s debt a priority, and she negotiated a debt restructuring for Barbados shortly after taking office in 2018 that included “natural-­disaster clauses” to allow a break in interest repayments in the aftermath of extreme weather events. But the combined impact of those disasters and the COVID-19 pandemic has taken a heavy toll on the island, whose economy shrank by over 17% in 2020. “You are effectively talking about the potential loss of a decade,” Mottley says.

Emerging countries like Barbados need financial assistance to adapt to and mitigate against climate change. Developed nations pledged 12 years ago to put $100 billion a year toward helping them do it by 2020, but that target has not been met, and Mottley will be among those at COP26 arguing that it is no longer sufficient. It’s not just a question of countries sharing responsibilities, she says, but of ensuring their very existence. “This issue is about life and death for us. It is an issue about the stability of a nation.” 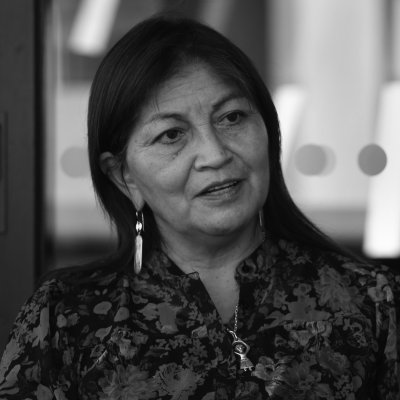 An Indigenous Rights Leader Is Trying to Rewrite Chile’s Constitution to Put its Ecosystems First
Next Up: Editor's Pick