With The French Dispatch, Wes Anderson Overindulges on Whimsy—But His Heart Is in the Right Place

Few filmmakers are as in love with olden times as Wes Anderson is. That’s both a thing to admire about him and a source of deep exasperation. As we barrel so cluelessly and ruthlessly through the present and into the future, it’s true that the past needs fans, people who remember a time when turning the pages of a magazine didn’t entail tapping or swiping, when telephones consisted of two solid parts connected by a coily thing, when bicycling in France meant putting on a stripy shirt and a beret, as if you were interpreting a cartoon figure painted on a tin tray. Anderson is a repository of the quaint modes and means of yesterday, and his movies animate them for us. He’s the mad little watchmaker of filmmaking.

Yet it’s possible to love the past and still be aggravated by Anderson’s particular brand of tweed-and-fondant nostalgia, and now he’s back with yet another test of endurance. The French Dispatch consists of three stories rolled into one, all drawn from the fictitious magazine that gives the movie its title, a New Yorker–like publication based in the phony-baloney French town of Ennui-sur-Blasé, which thrived until the last third of the 20th century. The editor of this legendary periodical, velvet curmudgeon Arthur Howitzer Jr. (Bill Murray), presides over a bustling staff of fact-checkers, copy editors, illustrators and note-takers, as well as a stable of longtime writers like freewheeling travel correspondent Herbsaint Sazerac (Owen Wilson), art scholar J.K.L. Berensen (Tilda Swinton), sensible-woolens journalist Lucinda Krementz (Frances McDormand), and a food writer who writes about everything but food, Roebuck Wright (Jeffrey Wright).

If that already sounds like a rich roster of actors for one movie, just wait—there are more. The first story in this triptych follows an incarcerated painter, Moses Rosenthaler (Benicio Del Toro), and his dealings with a wily art dealer, Julien Cadazio (Adrien Brody). The second details the antics and arguments of a group of French student revolutionaries led by the boyishly charismatic swain Zeffirelli (Timothée Chalamet). The third is a shaggy-dog tale of food and intrigue—though not necessarily in that order—that involves an underworld accountant (Willem Dafoe), a showgirl kidnapper (Saoirse Ronan) and a commissaire (Mathieu Amalric) in search of his lost son.

Anderson is surprisingly good at keeping the complex mechanics of each story whirring, though each one becomes a bit wearying in its own way. The French Dispatch is high Andersonia, an elaborate movie contraption with a million tiny parts moving in concert, and depending on your threshold, it might all just be too much. There’s a point, too, at which production design (here, courtesy of frequent Anderson collaborator Adam Stockhausen) becomes the enemy of a movie’s energy, like wallpaper fighting its way into the center of a room. And how many clever dollhouse cutaways and whimsical digressions can one movie—even one cradling three disparate stories—support? By the end, you might be more than ready to bust out of tinytown.

Read more: Timothée Chalamet Wants You to Wear Your Heart on Your Sleeve

And yet—with Anderson there’s always an “and yet.” Although most of the performers get lost in the swirl, a few stand out: Wright’s character is based partly on James Baldwin, and it’s easy to be swept along by his diction alone, an ever cresting wave of buttery vowels and sentences that swoop like migrating swallows. Anderson has called this movie “a love letter to journalists,” and in addition to Baldwin, he makes numerous references to some very real people. Swinton’s character is based on Rosamond Bernier, a society maven and journalist who became famous in the 1970s for giving art-history presentations while dressed in dazzling dinner gowns. She had a sense of occasion, and no matter what you think of Anderson, he does too. His obsessions may drive you mad, but his heart—worn proudly on his corduroy sleeve—is at least in the right place. 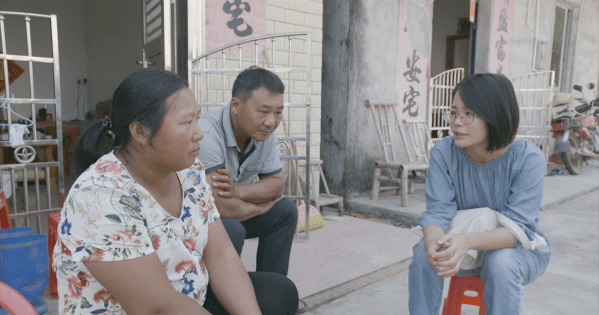 In "Found," Adopted Cousins Search for Their Birth Parents
Next Up: Editor's Pick