The death of Colin Powell, an 84-year-old former four-star general who served as Chairman of the Joint Chiefs of Staff under U.S. President George H.W. Bush and Secretary of State under President George W. Bush and is perhaps best known for his role in bringing the U.S. into its second war in Iraq, is a high-profile reminder of a grim reality: COVID-19 is not just a pandemic of the unvaccinated, as current president Joe Biden likes to say, but a pandemic of the elderly, too.

From early on in the pandemic, we’ve known the virus disproportionately kills older people, and the overall data make that pretty clear: About 543,200 people 65 or older have died with COVID-19 in the U.S. so far, per the U.S. Centers for Disease Control and Prevention (CDC), or about 76.2% of the country’s total death toll, despite making up just 16.5% of the pre-pandemic population.

When vaccinations began to roll out in the beginning of this year, it became evident almost immediately that people who received a full course of a vaccine—including the elderly—were less likely to become gravely ill from COVID-19. Before the Delta variant took hold in the summer, those 65 and over who had been fully vaccinated were hospitalized at a rate of less than 5 people per 100,000 on average, compared to about 40 per 100,000 among their unvaccinated peers.

Read more: Colin Powell and the transformative power of owning your mistakes

As the Delta variant became widespread, that disparity widened. In late August (the most recent month for which CDC data is available), when Delta cases were surging across the country and the FDA hadn’t yet authorized booster shots, the oldest vaccinated Americans were being hospitalized for COVID-19 at a rate of only 15 people per 100,000. For their unvaccinated peers, on the other hand, the rate had surged to more than 200.

Nevertheless, it remains a reality that the elderly—even those who are vaccinated—are at risk for serious COVID-19. Indeed, vaccinated people 80 and above have died at significantly higher rates than even some unvaccinated younger people, per the CDC (though, of course, they still fare remarkably better than their unvaccinated peers). In part, this is likely because older people are more likely to have conditions that make them more susceptible to infection, or that blunt vaccinations’ impact. Powell, for instance, was fully vaccinated, but also had multiple myeloma, a form of blood cancer that weakens the immune system.

It’s these factors that led a U.S. Food and Drug Administration panel to authorize Pfizer-BioNTech and Moderna boosters specifically for Americans 65 and up (plus younger folks at higher risk for health or occupational reasons) in recent weeks. Another dose, the thinking goes, should help better protect our most vulnerable neighbors. A promising Israeli study published last month showed that people over 60 who got a Pfizer booster were nearly 20 times less likely to develop severe disease, data that in part informed the FDA panel’s decision. Even if cases keep falling, the relative risk facing older people will remain fairly high, in part because falling cases will lead more people to engage in riskier behaviors, potentially leading them to spread the virus to elderly loved ones—Thanksgiving and the winter holidays are just around the corner, and were major drivers of spread last year.

The key now is convincing vaccinated older Americans to get their booster shot, and getting those who remain unvaccinated to get their first doses. The former should be far easier—older Americans are vaccinated at much higher rates compared to younger groups, perhaps in part because they generally have more to fear from the virus, and those who got their shots once or twice will likely be willing to get another. Convincing the latter will be a steep climb; what’s left to say to those who remain unprotected despite facing the greatest risk? That Powell died of a breakthrough infection is already fueling the anti-vaccine fire, as people incorrectly cite his death as evidence of the vaccines’ imperfection, even though it’s really just more evidence that a more fully vaccinated population and boosters are both urgently needed.

This story was adapted from The Coronavirus Brief, TIME’s daily COVID-19 newsletter. Sign up here. 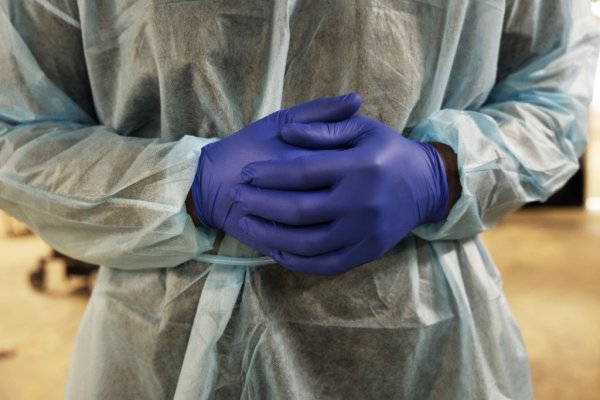