Cumming is a tireless multi-hyphenate. He’s an actor in iconic films (Romy & Michele’s High School Reunion, Burlesque, Goldeneye, as well as both the Spy Kids and X-Men franchises), TV series (The Good Wife, Instinct, Web Therapy, Schmigadoon!) and theatrical productions (Bent, The Threepenny Opera, Macbeth, and multiple turns in Cabaret, for which he won a Tony award in 1998), as well as a writer, producer, activist and New York City club owner. Baggage weaves together his experiences in all these roles—as well as tales of his relationships and dalliances, travels and famous friends—into a neat and engaging narrative. Here, in an interview with TIME, he unpacks it all.

TIME: I’d love to start with the title: Baggage. A memoir is, obviously, all about the writer’s memories, and I feel like the book draws out the idea that memories can be “baggage” without being a burden. Do you view baggage as a good thing or a bad thing—or both?

Baggage is forthright in recounting your past relationships. But there’s no chapter devoted to your “coming out” or coming to terms with your sexuality. That was refreshing to not read, if you will—was that a deliberate decision?

Yes, it was. So much to say here. I spoke to Bowen Yang recently on my podcast and asked him if he ever felt a bit lonely being the first queer Asian performer on SNL. He said, “Well, you know, it’s a lot—but you must have felt that too?” He said it felt like there was a time when I was the only queer mainstream actor. At that time, I felt such a responsibility. I used to think about this little teenage lesbian in Wisconsin—and I thought, if she’s looking at me and I’m not open about my life, what’s she supposed to think [about] her life’s possibilities?

I had a huge public “coming out,” posing naked on the cover of Out magazine—you can’t get more drama queeny than that. But that was really a result of being famous, not about what I was feeling in my life and my sexuality at the time. And now the world is different. I feel less of that mainstream pressure.

In the book I talk about a wife, a girlfriend, boyfriends. That’s my life. You know you never ask anyone, “When did you know you were straight?” But I’ve been asked that question a zillion times the other way around. Especially with bisexuality, everybody wants to know. I’m so bored of it. Straight people have no idea how lucky they are not to be constantly poked about their sexuality and their desires. I just want to do my little bit to stop those tropes in queer life. I’m very post- the need for coming out.

There are passages in Baggage that discuss the debate, if you will, over same-sex marriage and how that played out differently in the U.S. and the U.K. in terms of politicized morality. I’m curious how you feel about the way similar controversies over trans rights are playing out?

We’re living in America, let’s remember, which is both puritanical and prurient. You like to think of Great Britain as being much more progressive in terms of LGBT rights, right? Gay rights at least. So for trans rights to become such a stumbling block is quite shocking. First of all, the idea that you feel someone else getting basic human rights is taking something away from you is such a horrible indication of how you see life. Second, feminism is about equality. For so many women to espouse this idea that their rights are impinged by trans people getting rights, I find that shocking, too. It’s never really about toilets or sports. It’s about bodies, and when you make it just about bodies and body parts, it takes away from people’s dignity. It’s so degrading.

Early on in Baggage, you caution readers not to “buy into the Hollywood ending.” But your book does seem to end on a high note. Would you say you’ve found a happily ever after, even if you didn’t expect to?

I said don’t buy into the Hollywood ending, and I give you a Hollywood ending! I have this great partner and this great life. But it’s a measured Hollywood ending. We didn’t meet and fall in love with each other overnight and then say we’d never have sex with anyone else for the rest of our lives. We are sensible and honest about our needs and our shortcomings.

Being completely honest with someone, being able to f-ck up and know that’s not a deal breaker—it’s such a relief. There are many ways to let someone down, but if you’re kind, honest and open with them, then you can pretty much get through anything. That’s definitely something that I learned looking back on all my relationships and realizing my baggage. I was able to come into this relationship and lay it all on the table.

Speaking of highs and high notes, you write that you’re ready to try heroin—when you turn 80. What else is on your bucket list?

The heroin thing, O.K., I’m being a little cheeky chappie. But I actually think that having a bucket list, as a concept, is really sad. Because it’s saying like, “I’m going to do this before I die… but not yet.” Well, just go and f-cking do it now. You could die tomorrow. It’s a really interesting concept in constraint—like having “guilty pleasures.” Why would you have a guilty pleasure unless it was something awful? If you want to watch Real Housewives, watch it. Just don’t bring shame into it.

I feel like we should maybe deconstruct it a wee bit. The whole concept of “tops” and “bottoms” has become more of a thing in the past 20 years. For me, all that is very limiting­—and also slightly self-hating. If you’ve got such a rigid mentality, then there’s a judgment attached. I say these things as a joke but I mean them absolutely: sexuality is like a vacation, and you don’t always want to go to the same place twice. 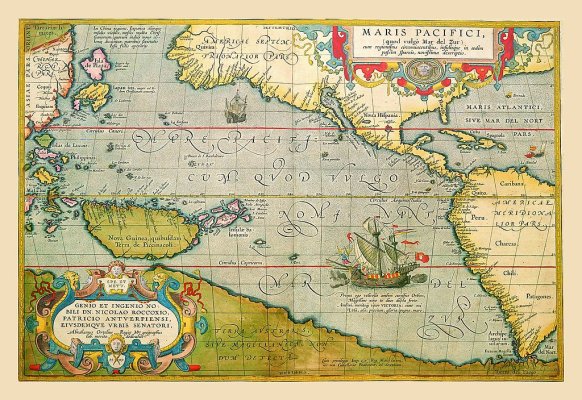 How History Erased the Black Mariner Who ‘Opened’ the Pacific
Next Up: Editor's Pick