Queen Elizabeth II attends the opening ceremony of the sixth session of the Senedd at The Senedd in Cardiff, Wales, on October 14, 2021
Chris Jackson—Getty Images
By Dan Stewart

More than 75 years separate Queen Elizabeth II from climate activist Greta Thunberg, but both share similar reservations with world leaders who talk a good game on climate change but aren’t prepared to back it up with action.

In remarks caught on a livestream Thursday, the British monarch was heard talking about COP26, the UN climate conference that begins in Glasgow later this month. “Extraordinary isn’t it. I’ve been hearing all about COP,” the Queen said in conversation with her daughter-in-law Camilla, the Duchess of Cornwall, and a Welsh official at the opening of the Welsh parliament. “Still don’t know who is coming … We only know about people who are not coming … It’s really irritating when they talk, but they don’t do.”

The Queen’s complaint, first reported by British newspaper the Daily Mirror, comes only two weeks after Greta Thunberg, the Swedish teen who started the school strike movement, made strikingly similar remarks at the Youth4Climate summit in Milan, Italy on Sept. 28. “Build back better. Blah, blah, blah. Green economy. Blah blah blah. Net zero by 2050. Blah, blah, blah,” she said. “This is all we hear from our so-called leaders. Words that sound great but so far have not led to action. Our hopes and ambitions drown in their empty promises.”

Heads of government and state are expected to gather in Glasgow from Oct. 31 to Nov. 12 for the largest climate summit since 2015, when the Paris Agreement to limit carbon emissions was signed. Countries are being asked to give updates on how they plan to reach net-zero emissions by the year 2050.

The fact that a nonagenarian icon of the British establishment is making essentially the same observation as a teenage activist shows the breadth of skepticism globally that anything will be achieved at COP26. Coming in the wake of a global pandemic, and with multilaterial cooperation at historic lows, the summit will require an extraordinary, global unity of purpose to be a success.

Yet many leaders have either dragged their heels on confirming their attendance, or missed crucial deadlines for making commitments. The Times of London reported on Friday that Chinese President Xi Jinping had decided not to attend. In the U.K., opposition lawmakers are urging Prime Minister Boris Johnson—who, with little over two weeks to go before the summit, is on vacation—to take the summit more seriously.

The Queen wasn’t the only royal this week to voice frustration at misplaced priorities on the future of the planet. Prince William, the second in line to the throne, urged the billionaires vying for a new space race to focus on repairing the damage we’ve done to Earth instead of preparing to leave it behind. “That really is quite crucial,” said the prince, who has launched the Earthshot Prize which will give 5 innovators on sustainability a £1 million reward. “To be focusing on this [planet] rather than giving up and heading out into space.”

Johnson may be more inclined to listen to royalty than he is to activists, whose demands he has described in the past as “expensive bunny hugging.” But time is running out for him to make sure COP26 is a success. 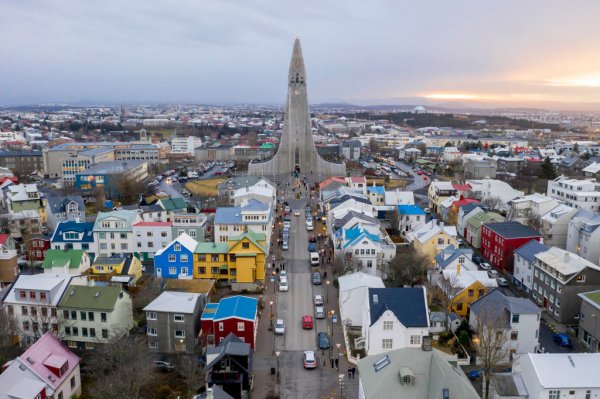 The Shorter Work Week Really Worked in Iceland. Here’s How
Next Up: Editor's Pick