It May Be Too Late to Find the Origin of COVID-19. The WHO Is Trying Anyway

WHO Technical Lead for COVID-19 Maria Van Kerkhove during a daily press briefing on COVID-19 virus at the WHO headquarters in Geneva on March 9, 2020.
Fabrice Coffrini/AFP— Getty Images
By Jamie Ducharme

Almost two years into the COVID-19 pandemic, it’s still not clear exactly how, where or when the SARS-CoV-2 virus began infecting people. Many experts believe the virus jumped from animal hosts to humans, but researchers continue to investigate the possibility that it escaped from a laboratory.

It’s not clear which, if either, of those theories is correct, and as time passes, the chances of finding a concrete answer grow slimmer. But on Oct. 13, the World Health Organization (WHO) unveiled a new effort to capitalize on whatever limited time remains: the Scientific Advisory Group for the Origins of Novel Pathogens (SAGO), a group of international experts representing specialties including epidemiology, animal health, virology, genomics, public health and tropical medicine. The advisory group is tasked with learning what it can, at this point, about SARS-CoV-2, as well as streamlining the global study of future emerging pathogens, in hopes of more quickly understanding their origins and transmission so they can be contained.

In short, the advisory group was formed to “do better the next time,” says Maria Van Kerkhove, who leads the Emerging Diseases and Zoonoses unit in the WHO’s Health Emergencies Programme. But SAGO’s first task will be bringing new life to the largely stalled investigation of COVID-19’s origins—an investigation that politicians, world leaders and many members of the public have put pressure on the WHO to deliver.

SAGO “is our attempt, as WHO, to bring this back to the science, to really bring us back to our roots and get back to work,” Van Kerkhove says.

But that fresh start might be coming too late. Trying to reverse engineer a virus’ origins two years into the pandemic it caused is like “going back to the scene of a crime two years later and the crime scene has been scrubbed,” says Lawrence Gostin, a professor of global health law at Georgetown University who has served on numerous WHO advisory committees.

That doesn’t mean it isn’t worth trying. But Jonna Mazet, an emerging infectious disease expert at the University of California, Davis, says the public may have to live with never knowing the full story. “For infectious diseases that get investigated long after the genie is out of the bottle,” she says, “it is very rare for that definitive answer to be found.”

When cases of what we now know to be COVID-19 were first reported near Wuhan, China in late 2019, the cluster seemed to be linked to an animal market in Wuhan. But some experts (and then-U.S. President Donald Trump) questioned whether the virus could have been lab-made, and then leaked out by accident. Others noted that the virus could have been circulating, undetected, well before it became public knowledge, perhaps first infecting people outside the Wuhan area. Scientists and elected officials from around the world called for an independent investigation into the virus’ origins.

Chinese officials initially resisted those calls, but eventually agreed to let in a WHO-led mission. In January 2021, the WHO sent a team of researchers into China, but their findings, published in a March 2021 report, were inconclusive. Fourteen countries, including the U.S., signed a joint statement calling the report “significantly delayed and lack[ing] access to complete, original data and samples.” WHO officials and researchers later said China withheld data from the investigators.

In July, China refused to grant access for a second set of studies, which would have included further research into the possibility of a lab leak. Chinese officials have repeatedly denied any such leak. “We will not accept such an origins-tracing plan as it, in some aspects, disregards common sense and defies science,” the vice minister of China’s National Health Commission told reporters after receiving the WHO’s proposal.

Throughout 2021, there have been calls for another mission to China. SAGO is not that, nor is it intended to be, Van Kerkhove says. The group’s job is not to conduct field research, but rather to review the existing science and advise the WHO and its member states about what to do next.

Gostin says that work could be highly useful in the future, but he doubts it will push the COVID-19 investigation forward now. “The same structural barriers are in place,” he says. “As far as China is concerned, the investigation is over.”

Van Kerkhove stresses that SAGO isn’t all about COVID-19—its primary purpose, she says, is forward-looking. “Let’s say another disease emerges tomorrow in country X,” Van Kerkhove says. “This group can come together and take whatever information we have, whatever we know about the cluster or the case, and advise, ‘These things need to happen right now.’” The group could call for specific studies, for example, or advise the WHO about what it should ask countries to do on the ground.

The WHO has released a proposed list of 26 inaugural SAGO members, selected from more than 700 applicants. It will accept public comment on the list until Oct. 27 before finalizing the roster.

Jose-Luis Jimenez, a chemistry professor at the University of Colorado, Boulder who is an expert on aerosol disease transmission, says the WHO’s proposed panel has a major blindspot: there are no airborne transmission experts on it. Jimenez is part of a vocal subset of aerosol scientists who argue the WHO has not taken airborne spread seriously enough during the COVID-19 pandemic. If the WHO had recognized earlier that COVID-19 can spread via tiny particles that hang suspended in the air—not just during close contact with an infected person or by touching a contaminated surface—it could have tweaked its public and scientific guidance early on to address that risk, perhaps preventing some cases and deaths, Jimenez says.

“Mode of transmission is important to understanding how a virus gets into humans and how it goes from human to human and becomes a pandemic,” he says. By leaving airborne experts off the initial SAGO panel, “they’re missing a key piece of the puzzle” that could help scientists understand how future emerging pathogens spread and how to stop them.

Mazet says she’s overall happy with the proposed group’s diversity of expertise, though she says she’d like to see more animal and environmental health specialists represented. Most of the 26 suggested members primarily specialize in various fields of human health, though there are zoonotic disease and animal-human health experts on the initial list. “We can’t be just thinking about human health because we’re not isolated and living alone on this planet,” Mazet says. Diseases often jump from animal to human, and she says it’s crucial to have robust expertise on that possibility.

Regardless, Mazet says the group could be highly successful if it can push WHO member countries to proactively agree to allow a thorough investigation, should a new threat emerge on their soil. “That’s the real problem,” Mazet says. “We need to have agreement around transparency and multilateral investigation from the earliest stages of events.”

The WHO cannot compel countries to give unfettered access to its researchers, and, Gostin says, it may be too late for effective cooperation when it comes to COVID-19. But, he says, the existence of a standing committee whose sole purpose is investigating new pathogens will make it easier to achieve that needed cooperation in the future.

Van Kerkhove acknowledges that it grows harder to find SARS-CoV-2’s origins with each passing day and says there will likely come a time when the mission becomes impossible, though she’s not sure when that will be. Still, “we have to try,” Van Kerkhove says. “We owe it to all of us to do everything we can to really understand how this began. It’s not about blame. It’s not about pointing fingers. It’s about being better prepared the next time.”

But in Gostin’s view, that’s not enough. “They need to be much more forceful in publicly calling for a full and free investigation in China and not just say, ‘Well, we’re doing this for the next one. Sorry, we can’t do anything for the greatest pandemic of our lifetime.’” 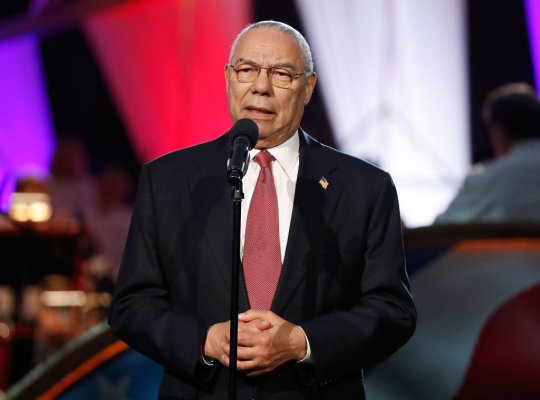 Colin Powell's COVID-19 Death Is a Reminder of Risk
Next Up: Editor's Pick