A transgender “Hamilton” cast member says their contract wasn’t renewed after they requested a gender-neutral dressing room for performers at a Los Angeles theater, according to a discrimination charge filed with the U.S. EEOC.

Suni Reid, who is Black, nonbinary, and uses the pronouns they/them, said that after their June 2021 request, they experienced unlawful retaliation including contract suspension and sidelining from rehearsals, previews, and opening night.

As part of the hit musical’s cast on Broadway and productions in Los Angeles and Chicago, Reid has performed several roles including Aaron Burr, George Washington, Hercules Mulligan/James Madison, and Lafayette/Thomas Jefferson.

Even though a gender-neutral dressing room was eventually provided, Reid’s contract wasn’t renewed, they told the Equal Employment Opportunity Commission. A charge to the federal civil rights agency is the first step before litigation can be filed under Title VII of the 1964 Civil Rights Act.

The charge additionally alleges that Reid experienced harassment and discrimination by other actors and management, including being physically threatened and repeatedly mis-gendered. They also brought race bias claims.

“Publicly, Hamilton is a beacon of diversity and appears committed to causes seeking social justice and harmony,” Reid’s attorneys, Lawrence M. Pearson and Lindsay M. Goldbrum of Wigdor LLP, said in a Wednesday statement. “Behind the curtain, however, the Company’s management will force out a Black, transgender cast member simply because they stood up for themselves and advocated for a more equitable workplace, and therefore called that public image into question.”

The charge is filed against the musical itself and production companies Adventureland LLC and Eliza Tour LLC.

A Hamilton spokesman denied Reid’s allegations in an emailed statement.

“Suni Reid was a valued cast member for more than three years. We offered them a contract to return to Hamilton with terms responsive to their requests,” said spokesman Shane Marshall Brown. “We have not discriminated or retaliated against Suni.” 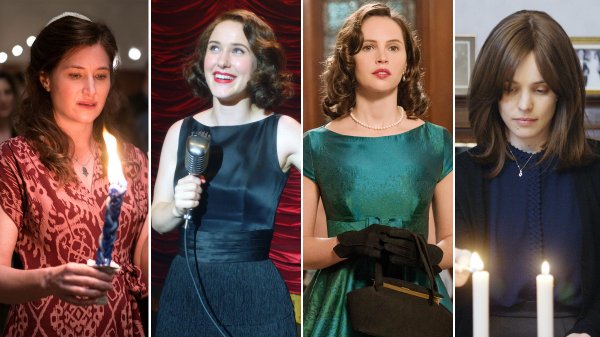 Why Jewish Women Rarely Get Cast in Jewish Roles
Next Up: Editor's Pick