When John le Carré died last December, his obituarists struck a common theme: here was a master spy novelist who, despite selling millions of books and having his work adapted for television and film, never received the recognition he deserved as a literary giant.

Over six decades, le Carré drew upon his brief career in British intelligence to chronicle the decline of the U.K. as a global power and critique what he saw as an arrogant and corrupt Western neo-imperialism, typically through the perspective of those in the “secret world” of spying. His archetypal heroes were not James Bonds or Jack Reachers but often disillusioned men driven by moral values they are not certain they still believe in. What compels people to serve their country, or betray it, was a consistent theme in his work.

But just as Graham Greene—another former spy turned novelist—divided his work into “entertainments” and serious fare, so can one separate le Carré’s output (a formidable 26 novels over 60 years) into weightier and lighter groups. Into the former you might put the Karla trilogy of Tinker Tailor Soldier Spy, The Honourable Schoolboy and Smiley’s People, or the semi-autobiographical A Perfect Spy; into the latter you could place one-off bagatelles like Absolute Friends or The Mission Song.

Le Carré’s final published novel, Silverview, out Oct. 12 in the U.S., also fits into the latter group. Barely 200 pages long, the book weaves together the stories of Julian, who has left a high-paid job in the City of London to become a bookseller, Edward, an enigmatic Polish wheeler-dealer he befriends, and Proctor, a British intelligence official hunting down the source of a leak. Left behind when le Carré died, the book was shepherded to publication by his son Nick Cornwell, who says in an afterword that the process was more like retouching a painting than completing a novel.

For the reader, Silverview more resembles a jigsaw puzzle. Le Carré was always a superb plotter, and here he deftly arranges a mosaic of seemingly unrelated events and conversations that cohere into a full picture only as the book comes to an end. The narrative rewards yet demands close attention; unless you happen to note the make of a car driven by a mysterious unnamed woman introduced fairly early on, for example, events toward the book’s end might prompt some head-scratching.

Yet frustratingly, Silverview also feels unfinished—not in its narrative, but in the bits in between major plot points. Le Carré’s keen observational style and grasp of psychological depth seems muted here. Characters and locations feel only sketched out; the central character of Julian, the bookseller, is especially thinly drawn. The motive for the act of betrayal at the book’s center is never explained by the character responsible for it and only guessed at by others. Once you’ve completed the puzzle, it somehow feels as if some pieces are still missing.

The real mystery of Silverview is why le Carré never published it during his lifetime. In his afterword, Cornwell says his father began writing the book around 2013 yet the manuscript was “never signed off.” His theory is that Silverview’s portrayal of the secret service as fragmented and directionless hit too close to home for his father’s comfort, especially as a former employee himself. But le Carré’s portrayal of the secret services has never been flattering—from the clubby, greying “Circus” of his Cold War-era novels to more recent portrayals of a divided, corrupt establishment more concerned about impressing the “cousins” in America than upholding national values.

Did he suspect, then, that the novel was bad? Again, it seems unlikely—Silverview is a perfectly serviceable thriller, even if it is comparatively unambitious. Perhaps le Carré recognized that he was reaching into an overly familiar bag of tricks. Proctor, the aging spymaster looking long into the past to investigate a turncoat, has a similar task to that of George Smiley in prior novels (like Smiley, he even has an offstage wife whose fidelity he questions). And Julian is the latest in le Carré’s long line of civilian naïfs drawn into the shadowy world of intelligence, from The Little Drummer Girl to The Russia House to Our Kind of Traitor.

Silverview, then, is more a drinkable blended whiskey than the vintage single malt le Carré completists might have been hoping for. But readers needn’t look far for a better capstone to his body of work when they can pick up A Legacy of Spies, the 2017 book that concludes the Smiley saga with understated elegance, and draws a throughline from the curdled patriotism of Britain in the Cold War era to the crude nationalism of today. Not only is it a compelling read, but it is also the strongest argument for le Carré as the literary lion that he undeniably was. 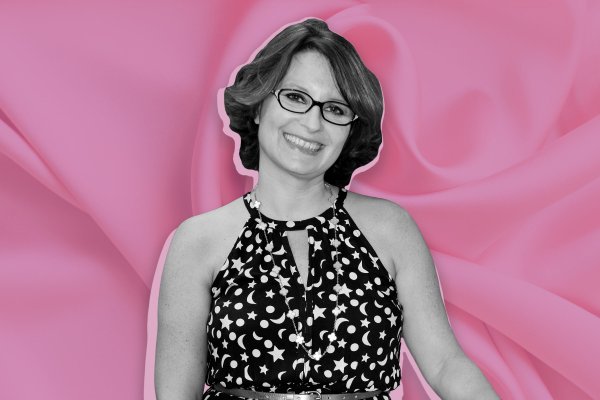 Meg Cabot Won’t Give Up on Happy Endings
Next Up: Editor's Pick