David Card at the University of California Berkeley, Joshua D. Angrist of the Massachusetts Institute of Technology and Guido W. Imbens at Stanford University will share the Sveriges Riksbank Prize in Economic Sciences in Memory of Alfred Nobel, officials of the Royal Swedish Academy of Sciences announced in Stockholm on Monday.

“This year’s economic sciences laureates have demonstrated that many of society’s big questions can be answered,” the academy said on Twitter. “Their solution is to use natural experiments—situations arising in real life that resemble randomized experiments.”

The winners have specialized in such analysis and methodology, and Card used this approach to address key questions in labor economics such as the effects of minimum-wage policies and immigration.

The award chimes with a focus of the academy on real-world applications of the economics discipline in recent years. The 2020 laureates, Paul Milgrom and Robert B. Wilson of Stanford University, invented new auction formats used in mobile-phone frequencies, while researchers whose work ranged from inequality to climate change have been among other prior recipients this century.

“I’m just thrilled to share the prize,” Imbens, who hails originally from the Netherlands, told reporters by phone. “I’m just very fortunate in having had lots of great colleagues doing very interesting work.”

The winners of the economics prize will share prize money of 10 million kronor ($1.1 million), with Card getting half of it and the other two sharing the rest.

The announcement on Monday means 89 men have now won in this category. The economics prize has a particularly poor record of honoring women compared to the other more longstanding Nobel awards, and had never done so until Elinor Ostrom won in 2009. In 2019, Esther Duflo became the second female recipient.

The peace prize given on Friday to journalists Maria Ressa and Dmitry Muratov is the only one this year to have featured a female winner.

Alfred Nobel, the Swedish inventor of dynamite who died in 1896, left much of his fortune for the creation of the annual prizes in physics, chemistry, medicine, peace and literature.

Sweden’s central bank added the prize for economics in 1968. William Nordhaus, Paul Krugman, Amartya Sen and Milton Friedman are among the most well-known recipients of the award. 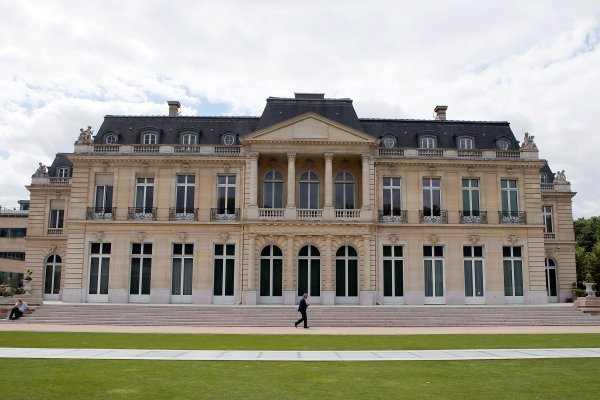 More Than 130 Countries Reach Deal on Corporate Minimum Tax
Next Up: Editor's Pick