Facts never did change hearts. But until the era of alternative Facebook-style facts, it was a bit easier to pretend that we humans were logical creatures.

Our inability to accept inconvenient truths is not news to Dr. Jane Goodall, the legendary naturalist. She has spent decades persuading us to change the way we treat animals and the planet, and she does it by talking about her experiences, not with terrifying U.N. climate reports. “If one wants to change attitudes, you have to reach the heart. You can reach the heart by telling stories, not by arguing with people’s intellects,” she says on her new podcast, or as she calls it, her “Hopecast ,” and in this week’s edition of TIME.

The science backs up her approach. A recent study out of Princeton University using brain imaging showed how while hearing a story our brain waves start to synchronize with those of the storyteller. And the better the listener understood, the more closely the brain wave patterns mirrored those of the storyteller. That narrative connection allows us to better see a situation from another’s viewpoint, and stories with an emotional bent engage the affective empathy network of the brain. And that ability to see beyond one’s self, is the key to delivering a message that asks us to change our behavior. Research has also shown that cultivating empathy has been effective in the campaign to get more Americans to get the COVID-19 vaccine, versus throwing facts over the transom.

Goodall is a master storyteller, people often cry in her presence without knowing why, and it’s part of the reason she’s such an effective ambassador for the Earth. She doesn’t just tell her audiences, “we can regenerate nature in a place where we’ve destroyed it.” she talks about the beavers whose return to the U.K. has mitigated flooding that was destroying homes and lives. Or she describes beautiful private moments when she found herself alone in nature and forgot she was human, she felt “part of the natural world.”

And the point of all these stories, and her seven-day-a-week speaking schedule at age 87, is to keep audiences from being so overwhelmed by the torrent of bad news that they stop trying. “We are living through such dark times, I mean everywhere you look, the climate the politics, it’s pretty grim,” she tells listeners. “And if people lose hope then we may as well give up.” Goodall believes hope to be an essential human “evolutionary force,” asking what would have happened if stone age humans hadn’t believed that a tool he was carving could help him hunt dinner? He’d never start carving, she suggests.

To that end, Goodall has gathered many of her most powerful stories in The Book of Hope: A Survival Guide for Trying Times, which she co-authored with Douglas Abrams and Gail Hudson. In the book and on her podcast, she talks about her groundbreaking work with chimpanzees in Africa, but also her childhood in Britain during World War II and how it seemed dire then too. Everything was rationed, bombs were falling on the country.

“I learned to take nothing for granted,” she says. She credits Winston Churchill for giving people the will to keep going back then. “He made mistakes, but his speeches that gave us hope,” she says. “He was basically saying what I’m always saying. We can do it. We must believe that we can do it.”

Read (and watch) TIME’s profile of Jane Goodall. And check out the Hopecast podcast where you can leave a voice message or question for Dr. Goodall.

Subscribe here to get an essay from Susanna Schrobsdorff every Saturday.

I took a gloriously long walk with a friend in the Berkshires of upstate New York. We got a peek at Steepletop , the former home of Pulitzer prize-winning poet Edna St. Vincent Millay (from the outside, as it wasn’t open to the public). The campus of Millay Arts, one of the world’s longest-running artist residencies is nearby and it looks like a divine spot for making art.

“The Liking Gap” and Why You Make Better Impressions Than You Think. New research suggests we underestimate our social performance. Or, in the immortal words of Sally Field, “You like me!”

Should You Resume In-Person Therapy? Virtual counseling has become the norm during the pandemic. Here’s how to decide whether it’s still working for you.

How to make one of poet Maya Angelou’s beloved family recipes, “Momma’s caramel cake .” Perfect for fall. “Writing and cookery are just two different means of communication,” she wrote after publishing one of her two cookbooks.

“How to Build a Happy Life:” a new podcast hosted by Harvard economist and thinker the Atlantic’s Arthur Brooks, advises us on understanding emotions and developing practical skills to make the journey to happiness a little bit easier.

Meet Millie, who, like so many other hipsters, abandoned Brooklyn for the countryside during the pandemic. Submitted by Pam and Jim who keep her in treats.

Write to me at: Susanna.notjustyou@gmail.com, or via Instagram: @SusannaSchrobs. And, subscribe here to get an essay from Susanna every weekend. 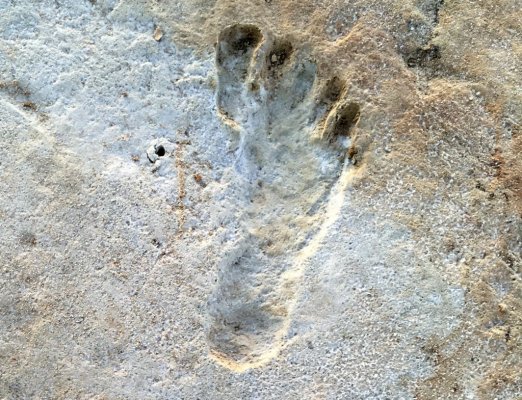 What We Have In Common With Humans Of 23,000 Years Ago
Next Up: Editor's Pick