Meg Cabot Won’t Give Up on Happy Endings

Meg Cabot is set to publish her 28th adult novel, ‘No Words,’ about feuding authors at a book festival in the Florida Keys
Johnny Louis—Getty Images; Getty Images
By Annabel Gutterman

The drinking game goes like this: every time you mention COVID-19, take a sip. It’s six minutes into my conversation with Meg Cabot when she makes the rules. We’re sharing margaritas over Zoom to discuss topics like fictional feuding authors, rom-coms and the magnificent Julie Andrews. But, as it always seems to go these days, asking an innocuous question like “How long have you lived in Florida?” soon gives way to an aside about case counts and shutdowns—and we can’t have that, Cabot suggests, because we are here to have fun.

I remember the 12-year-old version of myself, practicing my curtsy in case it ever turned out that I, too, was a long-lost royal like Mia Thermopolis, née Amelia Mignonette Grimaldi Thermopolis Renaldo, Princess of Genovia. I can’t let that middle schooler down. I lift my drink in the air. This is Meg. Freaking. Cabot. We’re going to have a good time.

Are you also one of the readers for whom Cabot’s books served as a guiding force through the turbulent years of adolescence? I know you’re out there, because Cabot, 54, has sold over 25 million copies of her more than 80 books for children, teens and adults. Among her lengthy backlist—filled with coming-of-age stories centering fiery heroines and enemies-to-lovers romances—are her smash hit Mediator and Princess Diaries series. The former is set to be adapted by Netflix. The latter, which began with the story of a teenage girl living through bad hair days and unrequited crushes in New York City only to discover she’s actually the princess of a small European country, was the inspiration for two Disney movies in the early 2000s. Those films grossed over $300 million, featured Anne Hathaway’s big-screen debut (not to mention one of the most iconic makeover scenes of the past 25 years) and served as an entry into reading for countless young people who saw the movies, picked up the books and never looked back. “To me, that’s the greatest thing,” Cabot says. “I love that there are movies that turn people into readers.” And the fandom has endured, fueled by spin-offs about Mia’s little sister, an adult book that follows Mia later in life, occasional tweets that Cabot posts in the voice of her heroine and rumors about a third film. Cabot keeps it brief when asked about a possible new movie. “We don’t want to risk Julie Andrews’ life with COVID,” she says. “Let’s take a drink!”

Though Cabot is best known for her contributions to the young-adult landscape, she first entered the literary scene writing historical romances for adults. Over the years, her focus has rarely remained on a single age category. “If I had to do just one, I would get so bored,” she says. Her adult books appeal to readers looking for over-the-top, propulsive plots and laugh-out-loud humor. The Boy Next Door, from 2002, explores the relationship between a gossip columnist and a man pretending to be her neighbor’s nephew, through a narrative written entirely in emails. Size 12 Is Not Fat, which kicked off Cabot’s Heather Wells Mysteries series in 2006, centers on a former pop icon who, after being dropped by her label for gaining weight, works at a college where a student is found dead in an elevator shaft. More recently, her Little Bridge Island series, all romances set in the Florida Keys, have offered respite from the outside world—sparking, as NPR put in a review of the first installment, “readers’ hope for humanity.”

Now, the author is preparing to release her 28th adult novel on Oct. 12. No Words, the third Little Bridge Island book, follows Jo Wright, a successful children’s author, at a book festival where she just so happens to run into her arch nemesis Will Price, a pretentious adult novelist. Jo despises Will for dismissing her in a past interview, and is certain that he looks down on her for writing about the adventures of a fictional kitten. At the festival, the two bicker, disagree and are thrown into so many of the same panels, cocktail hours and parties it seems like they just can’t escape each other. And did I mention he’s very handsome?

You know how this story ends. That’s exactly why you picked up a Cabot book. In a world that feels increasingly dreary by the day, we can count on her delightful narratives to distract and entertain. “I want to be the author who provides somebody in emotional distress with comfort,” Cabot says firmly. “And the comfort that I want to provide is a hopeful or happy ending.”

There’s a reason for her obsession with tidy resolutions. Growing up in Indiana in the 1970s, Cabot was a reluctant reader. It wasn’t until she saw the 1966 movie Fantastic Voyage—and later read Isaac Asimov’s novelization of its screenplay—that things changed. The book was one of the first she read from start to finish, propelled by her ability to visualize the scenes. Amid a tough childhood marked by difficult periods with her father, who was an alcoholic, reading became a means of escape.

But when Cabot was 13 years old, she was burned by a book. After starting to watch a PBS TV adaptation of George Eliot’s 1860 classic The Mill on the Floss, a coming-of-age story about first love, she picked up the book. Fascinated by protagonist Maggie Tulliver, she sped ahead of the show and was devastated that the narrative took a tragic turn. “She freaking dies!” says Cabot, still smarting more than 40 years later. After the Mill on the Floss debacle, Cabot vowed always to read the ending of a book before diving in, as a defensive measure. To this day, she still picks her reads with happy endings in mind, often returning to writers she trusts to give her what she wants.

Read More: The 100 Best YA Books of All Time

By the same token, it’s important to Cabot to shield her readers from the pain of a tragic resolution—for young readers in particular, she remembers what it was like to be a teenage girl, and it was hard enough without being knocked sideways by a book. While sad literary fiction abounded when she was a teen, Cabot struggled to find hopeful books about young women she could relate to, save for the works of Paula Danziger and Judy Blume.

These days, YA literature offers no shortage of options for readers, and Cabot herself is part of the reason. She set an example with her protagonists who think and feel like actual teenagers. The Princess Diaries’ Mia was a staunch vegetarian who rocked Doc Martens and thought a lot about French kissing. That series’ influence on the category is indelible: YA books have long been marketed as “the next Princess Diaries,” and still are 21 years after its first installment. Hester Browne’s The Runaway Princess, from 2012: “The Princess Diaries meets Runaway Bride.” Rachel Hawkins’ Prince Charming, from 2019: a “Princess Diaries turned-upside-down story.” This year’s Tokyo Ever After, by Emiko Jean: “Princess Diaries meets Crazy Rich Asians.”

But Cabot’s success did not always come easy. The Princess Diaries was rejected countless times. “Not just rejected,” she says. “People were mad. I got rejections from people who said this was not suitable for children—or anyone.” The book’s references to sex and body parts and instances of cursing and underage drinking were, somehow, shocking to people when she took it to market in the late 90s. Cabot felt like the industry was not ready to accept narratives about girls that didn’t involve moral lessons. “There was a feeling at that time that entertaining books, just pure entertainment for teenage girls, was not a thing,” she says.

The idea of pure entertainment is not quite accurate to what Cabot writes, she concedes. She grounds all her work, not just her YA novels, in a slightly sweeter version of our world—one where characters still face, but always overcome, some ugly aspects of life. In No Words, Cabot made a point to touch on sexist power dynamics in the publishing industry through the story of a secondary character taking advantage of a young fan at the festival—a dark thread that ties the ultimately cheery book to reality. “My book is like 100 pounds of sugar with a little dose of medicine in it,” she says.

We’re drinking again because I’ve asked Cabot where she got the idea for the new book, and she explains it was born out of her feeling sad that literary festivals were canceled last year due to the pandemic. She wrote No Words at home in Florida during lockdown (take a sip!) and entirely outdoors. In the bleary, distracting days of the past year or so (another sip!), she had to completely disconnect from the Internet in order to write, and the only place to do that was outside, where she worked on a portable, battery-powered word processor—sometimes while floating on a raft in her pool.

Readers might wonder if the prolific-author protagonist of No Words is based on Cabot herself. She is quick to deny that Jo is her carbon copy, but they do have a few things in common. They both are writers with a talent for revisiting the same characters over and over again, to great success. Jo is working on the 27th installment of her Kitty Katz series while Cabot has written 14 series, including 24 installments of The Princess Diaries, eight installments of the Mediator books and six installments of Allie Finkle’s Rules for Girls.

Cabot greets a fan and signs copies of the first installment of her ‘Little Bridge Island’ series at Books & Books on Sept. 24, 2019 in Coral Gables, Fla.
Getty Images—2019 Johnny Louis

And both women share a flair for the romantic. But they follow the rule books of very different rom-coms. Jo’s journey to love is fueled by anger and resentment—feelings that she is forced to second-guess after she learns that Will might not be such a bad guy. Cabot is living out a quirkier love story: she and her husband, who she met when she was 16 years old, eloped in Italy on April Fool’s Day, 1993, because they thought it would be funny. The mayor of the town almost refused to officiate because he thought they weren’t taking their marriage seriously, and Cabot is still not entirely sure their marriage is legal—their names are spelled wrong on their license. “We’ve been together almost 30 years,” she says, smiling, “so hopefully it’s real!”

But here’s where Cabot truly differs from her latest protagonist: While No Words’ Jo gets snappy when fans express to her that they “used” to love her books, for Cabot, that kind of feedback never gets old. She tells me about a time she went to a restaurant after giving a talk at a school and being sent dessert from a table of eighth-grade girls. Now that her fans are older, she says, gesturing my way, they send over drinks. She looks right at me. “My readers are growing up.”

Sign up for More to the Story, TIME’s weekly entertainment newsletter, to get the context you need for the pop culture you love 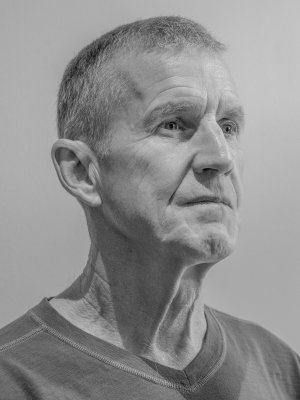 Gen. Stanley McChrystal Would Have Done Things Differently in Afghanistan
Next Up: Editor's Pick