Two scientists, working independently of each other, won the Nobel Prize in chemistry for their work into molecular construction and its impact on a range of uses from solar cells to battery storage.

Benjamin List, from the Max-Planck-Institut in Germany, and David MacMillan, a professor at Princeton University, won the award for developing “an ingenious tool” for building molecules, according to the Royal Swedish Academy of Sciences.

“Researchers can now more efficiently construct anything from new pharmaceuticals to molecules that can capture light in solar cells,” the academy said.

The two recipients will share the 10 million-krona ($1.1 million) award.

Annual prizes for achievements in physics, chemistry, medicine, peace and literature were established in the will of Alfred Nobel, the Swedish inventor of dynamite, who died in 1896. A prize in economic sciences was added by Sweden’s central bank in 1968. 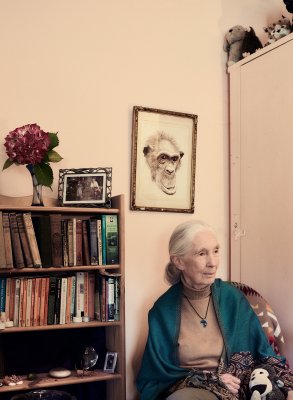 The Enduring Hope of Jane Goodall
Next Up: Editor's Pick