NIH Director Francis S. Collins to Step Down by End of Year

FILE - Dr. Francis Collins, director of the National Institutes of Health, appears before a Senate Health, Education, Labor and Pensions Committee hearing to discuss vaccines and protecting public health during the coronavirus pandemic on Capitol Hill, on Wednesday, Sept. 9, 2020, in Washington. Collins says he is stepping down by the end of the year, having led the research center for 12 years and becoming a prominent source of public information during the coronavirus pandemic. A formal announcement was expected Tuesday, Oct. 5, 2021 from NIH. (Michael Reynolds/Pool via AP, File)
AP
By DINO HAZELL/AP

Dr. Francis S. Collins, director of the National Institutes of Health for 12 years, said Tuesday he is stepping down, capping a career in which he directed crucial research into the human genome and the fight against serious diseases like cancer, Alzheimer’s, diabetes and COVID-19.

Collins said he was “grateful and proud of the NIH staff and the scientific community, whose extraordinary commitment to lifesaving research delivers hope to the American people and the world every day.” He said the decision to step down at year’s end was “a difficult one.”

“I fundamentally believe, however, that no single person should serve in the position too long, and that it’s time to bring in a new scientist to lead the NIH into the future,” Collins said in a statement.

Collins was appointed the agency’s 16th director in 2009 by President Barack Obama and was asked to remain in that post by Presidents Donald Trump and Joe Biden. He is the only presidentially appointed NIH director to serve under multiple administrations.

Read More: NIH Director Francis Collins Is Fighting This Coronavirus While Preparing for the Next One

Biden called Collins “one of the most important scientists of our time.” After his son Beau died of cancer at age 46 in 2015, Biden, then vice president, was asked by Obama to launch their cancer “moonshot,” an effort to fuel innovation and accelerate new treatments.

“I turned to Dr. Collins to help lead the effort to end cancer as we know it,” Biden said in a statement issued by the White House. “There was no one I trusted more.”

The NIH, based in Bethesda, Maryland, is part of the Department of Health and Human Services. It’s the nation’s medical research agency and operates more than two dozen institutes and centers and says it’s the largest supporter of biomedical research in the world.

HHS Secretary Xavier Becerra lauded Collins for his work, calling him a “master of scientific breakthroughs.”

“Few people could come anywhere close to achieving in a lifetime what Dr. Collins has at the helm of NIH,” Becerra said in a statement. “It takes an extraordinary person to tackle the biggest scientific challenges facing our nation — and under three presidents, amidst three distinctly different chapters of American history.”

The NIH said Collins will continue to lead his research lab at the National Human Genome Research Institute.

Besides his heralded work for the NIH, Collins is known widely for writing on religion and science and reconciling the two. Last year, he was awarded one of the world’s leading religion prizes, the Templeton Prize, for demonstrating how religious faith can motivate scientific research. 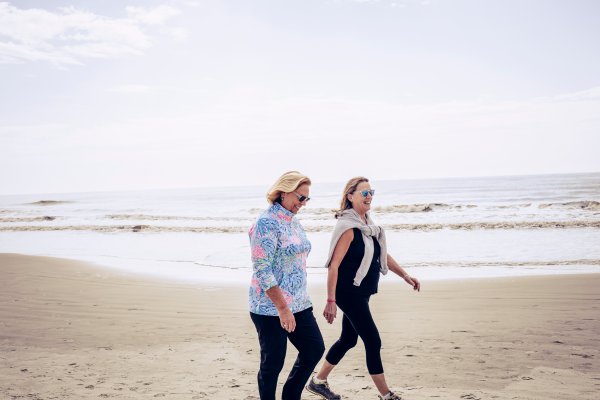 How to Maintain Your Social Life When You Have IBD
Next Up: Editor's Pick