Men Are Now More Likely to Be Single Than Women. It's Not a Good Sign

Almost a third of adult single men live with a parent. Single men are much more likely to be unemployed, financially fragile and to lack a college degree than those with a partner. They’re also likely to have lower median earnings; single men earned less in 2019 than in 1990, even adjusting for inflation. Single women, meanwhile, earn the same as they did 30 years ago, but those with partners have increased their earnings by 50%.

These are the some of the findings of a new Pew Research analysis of 2019 data on the growing gap between American adults who live with a partner and those who do not. While the study is less about the effect of marriage and more about the effect that changing economic circumstances have had on marriage, it sheds light on some unexpected outcomes of shifts in the labor market.

Over the same time period that the fortunes of single people have fallen, the study shows, the proportion of American adults who live with a significant other, be it spouse or unmarried partner, also declined substantially. In 1990, about 71% of folks from the age of 25 to 54, which are considered the prime working years, had a partner they were married to or lived with. In 2019, only 62% did.

Partly, this is because people are taking longer to establish that relationship. The median age of marriage is creeping up, and while now more people live together than before, that has not matched the numbers of people who are staying single. But it’s not just an age shift: the number of older single people is also much higher than it was in 1990; from a quarter of 40 to 54-year-olds to almost a third by 2019. And among those 40 to 54-year-olds, one in five men live with a parent.

Read More: A Woman of Color Cannot Save Your Workplace Culture

Most researchers agree that the trendlines showing that fewer people are getting married and that those who do are increasingly better off financially have a lot more to do with the effect of wealth and education on marriage than vice versa. People who are financially stable are just much more likely to find and attract a partner.

“It’s not that marriage is making people be richer than it used to, it’s that marriage is becoming an increasingly elite institution, so that people are are increasingly only getting married if they already have economic advantages,” says Philip Cohen, a professor of sociology at the University of Maryland, College Park. “Marriage does not make people change their social class, it doesn’t make people change their race, and those things are very big predictors of economic outcomes.”

This reframing of the issue may explain why fewer men than women find partners, even though men are more likely to be looking for one. The economic pressures on men are stronger. Research has shown that an ability to provide financially is still a more prized asset in men than in women, although the trend is shifting. Some studies go so far as to suggest that the 30-year decrease in the rate of coupling can be attributed largely to global trade and the 30-year decrease in the number of stable and well-paying jobs for American men that it brought with it.

Read More: 42% of Women Say They Have Consistently Felt Burned Out at Work in 2021

But there is also evidence that coupling up improves the economic fortunes of couples, both men and women. It’s not that they only have to pay one rent or buy one fridge, say some sociologists who study marriage, it’s that having a partner suggests having a future.

“There’s a way in which marriage makes men more responsible, and that makes them better workers,” says University of Virginia sociology professor W. Bradford Wilcox, pointing to a Harvard study that suggests single men are more likely than married men to leave a job before finding another. The Pew report points to a Duke University study that suggests that after marriage men work longer hours and earn more.

There’s also evidence that the decline in marriage is not just all about being wealthy enough to afford it. Since 1990, women have graduated college in far higher numbers than men.

“The B.A. vs. non B.A. gap has grown tremendously on lots of things — in terms of income, in terms of marital status, in terms of cultural markers and tastes,” says Cohen. “It’s become a sharper demarcation over time and I think that’s part of what we see with regard to marriage. If you want to lock yourself in a room with somebody for 50 years, you might want to have the same level of education, and just have more in common with them.”

Read More: Price Hikes Will Likely Continue Through the End of 2021, Fed Signals

What seems to be clear is that the path to marriage increasingly runs through college. While the figures on single men’s declining economic fortunes are the most sobering, they are not what surprised the report’s authors the most. “It’s quite startling how much the partnered women have now outpaced single women,” says Richard Fry, a senior researcher at the Pew Research Center. “About 43% of partnered women have completed at least a bachelor’s degree compared to a third of single women.” He speculates that women may be going to college in greater numbers because it helps them attract a partner in the same way it helps men. “Not only are they rewarded in the labor market with higher earnings, but increasingly, partnership also depends on educational attainment.” 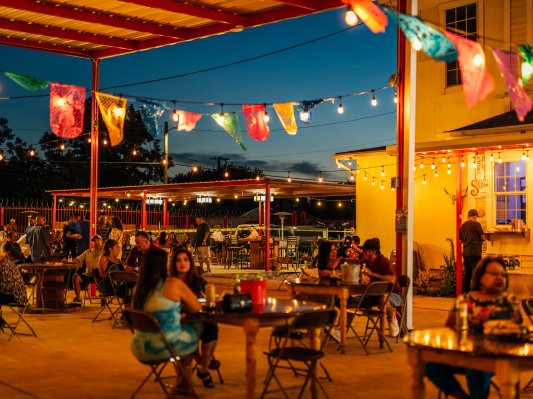 Latino Entrepreneurs Were Among the Hardest Hit by the Pandemic. Now They Could Spur the Economic Recovery
Next Up: Editor's Pick