Nicholas Perkins outside a branch of Fuddruckers
Courtesy Nicholas Perkins
Ideas
By S. Mitra Kalita
Kalita is co-founder and CEO of URL Media, a network of Black and Brown news and information outlets that share content, revenue, and distribution. She also is publisher of Epicenter-NYC, a community journalism initiative in Queens, and columnist for TIME and Charter. A veteran journalist, Kalita most recently worked at CNN, and is the author of two books. Follow her on Twitter @mitrakalita.

Nicholas M. Perkins is driven by many things, chief among them a desire to deepen his impact and a nostalgia for the taste of a good burger.

Growing up in Fayetteville, NC, a teenage Perkins attended baseball camp in Alabama and savoured pit stops at Fuddruckers along the way. He loved the burgers, the buns baked and meat ground on premises, and he heaped on the pico de gallo from the toppings bar. Today, after a complicated series of deals just closed in August, the 40-year-old Perkins owns the chain; his company acquired 14 Fuddruckers outright and he serves as franchisor for the rest.

Just 5% of businesses in the U.S. are owned by Black entrepreneurs like Perkins, even as Black people comprise 13% of the U.S. population. The reasons for this include a lack of access to capital and family financial resources to allow entrepreneurs to take on risk.

That makes Perkins’ story a noteworthy model of entrepreneurial success, especially in a moment when corporations and individuals have pledged major support for Black-owned businesses and are looking to foster more of them. But, beyond that, his playbook offers examples of how companies can actually give back to society, in contrast to corporate press releases about “stakeholder capitalism” that often are little more than platitudes.

A conversation with Perkins makes clear that Black businesses and their focus on social entrepreneurship predates the latter becoming trendy, especially during the pandemic. The history and essence of Black entrepreneurship is that enterprises are often born out of necessity, according to Perkins, and designed to uplift not just their proprietor but the surrounding community. He plans a similar approach in turning around the Fuddruckers brand, promoting a vegan and environmentally friendly menu and making it easier for women and people of color to buy franchises.

The entity running the restaurants is Black Titan Franchise Systems LLC, named after a book Perkins read in college, Black Titan: A.G. Gaston and the Making of a Black Millionaire. Gaston, a prominent African-American businessman in the South, innovated enterprises from bank lending to burial insurance for his community.

“He singlehandedly established a Black middle class in the Civil Rights years,” Perkins said. “He used business and entrepreneurship to become a social entrepreneur, to help people who were facing adverse socio-economic conditions and discrimination.”

Raised by a single mother and his grandmother (she lived in public housing), Perkins launched his first business in food services simply as a path out of his circumstances.

“I learned very early on that business and entrepreneurship could give you the opportunity to control your own freedom,” he said.

The art and anatomy of the deal

It took more than a year, and Perkins’ purchase of the burger franchise required a small army. One early source of support was Loida Lewis, the widow of Reginald Lewis. Lewis’ company, TLC Beatrice, became the first Black-owned company to top $1 billion in annual sales in 1987. His book, Why Should White Guys Have All the Fun? was published posthumously, co-authored by Blair S. Walker, another Perkins adviser.

Perkins never intended to buy Fuddruckers. Sixteen years ago, he set up the food-service business and landed several contracts with historically Black colleges and universities. Things were going well: he rose to prominence, donated $1 million to his undergraduate alma mater Fayetteville State University, and taught at his business-school alma mater Howard University. In 2019, Perkins felt an urgent need to diversify beyond these contracts because he wasn’t sure how much more he might grow and thought he should make an acquisition.

During a routine Google search, he learned that Houston-based Luby’s, a cafeteria operator and the franchisor of Fuddruckers, was up for sale. He reached out to Luby’s CEO Chris Pappas (who, separately, runs full-service restaurants like Pappadeaux Seafood Kitchen and Pappasito’s Cantina). Perkins learned that about 150 companies were interested in Luby’s assets.

Originally, Perkins wanted to buy all of Luby’s. But the process proved onerous due to the size of the latter’s real-estate holdings. Restaurants have been spending much of the pandemic rethinking their cavernous footprints, and obtaining financing remains difficult. Perkins says he cannot discuss terms of the deal but says it was a mix of debt and equity, with all of the latter put up by the newly formed Black Titan. Black Enterprise magazine estimates the purchase at $18.5 million; that figure is for the brand alone, not the franchises purchased previously. In a tweet, Howard University hailed Perkins as “the first African American with 100% ownership of a national burger franchise.”

Since the summer announcement, Perkins has received a steady stream of media attention, from the Houston Chronicle to Nation’s Restaurant News. “I’ve had contracts the size of the Fuddruckers business in the past, but they don’t come with the same visibility as this particular opportunity,” said Perkins. “What it means is shining a light on what African-American entrepreneurs can do when given the opportunities.”

What lies ahead for Fuddruckers

Before the fast-casual options of Panera and Chipotle, before the burger boom of Five Guys and Bareburger, there was Fuddruckers.

Perkins’ work to turn the brand around is cut out for him. Yelp reviews of remaining Fuddruckers are all over the map, such as this from a customer in Commerce, GA: “I was disappointed. I love Fuddruckers! But not this location… And wow did the prices go up? WTF? $30 For 2 burgers and drinks and 1 order of fries? With no toppings bar???!”

Indeed, Covid did force Fuddruckers to rethink the custom toppings bar; some locations give customers sanitizer and gloves, or a pre-packaged version, while others have nixed the offering entirely. Perkins says he plans to introduce a broader plant-based menu, experiment with limited-time offerings, and introduce a loyalty program. “We have a dedicated and loyal base, but Gen Z doesn’t have that benefit. You have to market to them differently,” he said. “We have to reimagine Fuddruckers.”

Increasing diversity among franchise owners is another goal; franchisees currently have to pay a fee of $35,000 to open a Fuddruckers outlet, along with a capital investment of several hundreds of thousands of dollars. Perkins notes that the trend toward smaller restaurant spaces that emerged during the pandemic might lower the costs for franchisees to get up and running. He also notes that businesses owned and operated by people of color tend to hire other people of color. Mentoring has been a constant in Perkins’ climb, he says. When he teaches at Howard, for example, he makes time to connect with students beyond the classroom. Notably, he did not wait to get to the top of the ladder before giving back.

Now splitting his time between Charlotte and Houston, Perkins says he’s on the road for about two weeks each month. Some press mentions his bachelor status, and I ask if people are trying to set him up post-acquisition. He laughs. “I struggle with this a bit,” he said. “Yes, it is a choice. I have sacrificed that aspect of my life.”

Then he gets quiet and serious. Reminding me that he has never met his father, Perkins says, “I am a gunslinger when it comes to my risk tolerance level. If I had a wife and kids, it would temper my risk tolerance. I don’t have the courage to test that.” Certainly, he reminds me, he could provide for them, but that’s not the same. “Being an absentee parent is not something I would want to do.”

His thoughts, still, are consumed by family. He’s been thinking about his late grandmother a lot lately. She introduced him to Southern cooking, soul food, and hospitality. He named Laurene’s Cafeteria, which he runs in Charlotte, after her.

“I don’t trust a lot of people. That’s why I focus on business as much as I do. Entrepreneurship is freedom and it’s something I can control,” he said. “My grandmother…that was the truest and most genuine relationship I ever had. I wonder if she were alive, how would she feel about what I was able to do?” 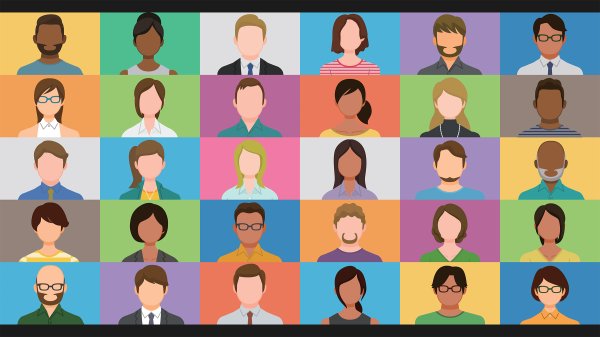 A Woman of Color Cannot Save Your Workplace Culture
Next Up: Editor's Pick