Closeup of an empty baby cradle in the postpartum ward of a hospital.
Vadym Terelyuk—iStockphoto/Getty Images
Ideas
By Kelly O’Connor McNees
Kelly O’Connor McNees is the author of the forthcoming novel The Myth of Surrender, about two young women assigned as roommates in a maternity home in 1961.

As the full implications of Texas’s severe abortion law come into view, experts on reproductive rights are justifiably concerned about a potential increase in unsafe abortions. And while the specter of coat hangers may seem anachronistic in an era where medication abortions can be safely self-managed at home, we know that some women who lack access to health care will take desperate measures to avoid the physical, psychological, emotional, social and economic trauma of being compelled to gestate and give birth against their wishes.

But others will not be able to avoid it, and that means women being forced to continue carrying unwanted pregnancies to term. We’ve been here before, of course—most recently in the decades from 1945 to 1973, now known as the “Baby Scoop” era, when more than 1.5 million pregnant girls and women in the U.S. were sent away to maternity homes to surrender children in secret.

By the 1960s, more than 200 homes for unmarried pregnant women were operating across 44 states. Parents, often counseled by religious leaders, sent their daughters away to these homes to wait out their pregnancies and relinquish their babies to “legitimate” married couples. Meanwhile, the young men who shared equal responsibility for the pregnancies typically carried on with their lives unfettered by social stigma.

Read More: Why Must Women Wait for the Supreme Court to Decide What We Can Do With Our Bodies?

While philosophies and missions varied, most maternity homes tailored their services not to meet the emotional and psychological needs of frightened young pregnant women but to accommodate the social anxieties of their overwhelmingly white, middle-class and working-class parents: A strict commitment to privacy meant that no one—not the neighbors or the altar guild or the company boss—would find out about the pregnancy or the secretive closed adoption. Both the child and the birth mother would be better off in what the home framed as a win-win scenario: the baby would be saved from the stigma and shame of illegitimacy, and the birth mother could put the unpleasant chapter behind her and make a fresh start.

There was just one problem: Almost no one asked the young women themselves about their wishes. During the Baby Scoop era, an unmarried pregnant woman sent away to a maternity home had no say in whether she would carry her pregnancy to term, no agency over the birth itself and, once the child arrived, no choice about whether she could raise the baby.

Read More: What We Fear in the Wake of the Texas Abortion Law

According to their own accounts in oral histories collected by researchers like Ann Fessler, birth mothers sent to these homes received little to no counseling on what to expect from labor and delivery, and were not advised of their legal rights once the child was born. They endured psychological abuse from nuns and nurses, and gave birth alone in sometimes terrible conditions. Many women still foggy from the effects of anesthesia following a birth under “twilight” sleep were coerced into signing papers terminating their parental rights. Those who wanted to keep their babies were threatened with financial penalties, since many homes only covered the cost of prenatal care and room and board if the child was surrendered. Some women who refused to give up their babies were committed to mental institutions.

Unsurprisingly, the promise that birth mothers would surrender their babies and “move on” turned out to be a lie. They did not go back to normal; they did not forget. Many were haunted for the rest of their lives by the uncertainty of their child’s fate and were prevented by strict adoption statutes from acquiring any information that might ease their minds. Far from a youthful mistake they could leave in the rearview mirror, the experience became a pivotal life event that influenced all their major decisions going forward—whether to marry, have more children, finish school, forge careers. Many experienced the symptoms associated with unacknowledged and complex grief: depression, anxiety, shame, difficulty with intimacy and attachment, serious unexplained illnesses and struggles with addiction.

Proponents of contemporary open, legal adoption are correct to jump to the defense of what can be a loving and healthy arrangement, provided all parties can consent to it. But the adoptions of the Baby Scoop-era babies were not the source of the birth mothers’ trauma. Instead it was the loss of agency—the fact that someone else was deciding for these women what would happen to them—that did so much damage.

Read More: The Tricky Politics of the Texas Abortion Law

Unplanned pregnancies create a complex constellation of decisions that resist a tidy narrative. Sometimes they are the result of love, sometimes casual sex and sometimes rape. That was true in 1945, in 1965, and it’s true today. Given a different set of circumstances—access to legal abortion and open, non-coercive adoptions—the women caught up in the Baby Scoop era might have chosen to terminate their pregnancies, carry their pregnancies to term and make a plan for adoption, or keep and raise their children, and they would have made these decisions for all kinds of individual and personal reasons. In that more humane version of midcentury America, the decisions would have been theirs alone.

Fifty years later, cultural norms around unplanned pregnancy and single motherhood have shifted in ways that make the world of maternity homes seem like ancient history. But women still pay a lifelong price when they are forced to carry unwanted pregnancies to term. According to the results of the landmark Turnaway Study, which followed 1,000 women denied access to abortion over 10 years, women forced to carry an unwanted pregnancy to term have a higher incidence of serious pregnancy complications—including eclampsia and death—and have higher odds of remaining with abusive partners. They are, staggeringly, four times more likely to be living below the federal poverty level; they had lower credit scores, carried more debt and endured more bankruptcies and evictions. All these factors are compounded for women who face intergenerational poverty and/or systemic racism. The fortunate women who avoid these outcomes nonetheless must make a plan for adoption or raise the child they didn’t wish to have in a country where access to health care, affordable child care and paid family leave are spotty to nonexistent for many households.

Women with unwanted pregnancies are no longer physically warehoused, but many of them are still trapped by what happens when they lose the freedom to choose whether to give birth. Laws like S.B. 8 guarantee that more women will face the same formidable future. 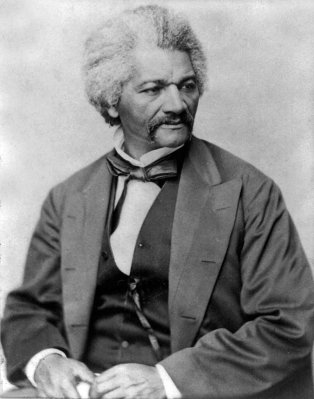 Why We Must Hear the Warning in Frederick Douglass' 'Sources of Danger to the Republic' Today
Next Up: Editor's Pick