A man uses his smartphone flashlight to light up his bowl of noodles as he eats his breakfast at a restaurant during a blackout in Shenyang in northeastern China's Liaoning Province, on Sept. 29, 2021.
Olivia Zhang—AP
By Charlie Campbell / Shanghai

What began last week as sporadic power outages and rationing has now spiraled into China’s worst energy crisis in a decade, with factories shuttered, traffic lights and 3G communications networks cut, and shopkeepers forced to illuminate their premises by candlelight.

As many as 20 of China’s 31 mainland provinces have been impacted by a combination of soaring fuel prices, high demand, a coal shortage, and attempts by the world’s number two economy to enforce strict new emissions targets. Discontent is growing as millions struggle without heating or lighting with winter fast approaching, prompting the central government to order railway companies and local authorities to expedite shipments of coal reserves to power plants.

The crisis has been felt most acutely in China’s three industrial northeastern provinces of Jilin, Heilongjiang, and Liaoning, with local officials in the latter’s capital, Shenyang, warning of the potential “collapse of the entire grid” if power rationing wasn’t implemented. The fear among environmentalists is that the potential for widespread unrest will deter Beijing from implementing ambitious and crucial measures to combat the climate crisis.

“From yesterday morning until now, no electricity without any notice,” posted one homemaker in the northeast on the Weibo social media platform on Wednesday. “I don’t know if I can survive this winter. I can’t cook, I’m worried about gas poisoning without an [electric] exhaust fan. My kid was unable to join an Internet class because his teacher’s home also lost power.”

“The power went out without any notice,” posted a student, also in the northeast. “I have to climb my tower block by stairs, my refrigerator has turned off, I cannot take online classes, cannot study, no water, no electricity and no gas at home. I have to go to bed at eight o’clock. What the hell is the government doing? It is the 21st century!”

The energy crisis has been caused by a “tinderbox of issues,” according to an analysis paper issued by S&P Global on Wednesday, “highlighting the difficulties in implementing energy policy in the context of a huge economy with numerous moving parts.”

It is not certain how this will impact Chinese President Xi Jinping’s pledge to make China, currently the world’s worst polluter, carbon neutral by 2060. Li Shuo, senior climate and energy policy officer for Greenpeace in Beijing, says “a degree of industrial spin” from carbon intensive industries like steel has pointed the finger at new environmental policies for the shortage.

“This power shortage could potentially have a negative impact on China’s environmental and climate ambitions,” says Li. “So, it’s very important to set the record straight that it’s primarily a supply and demand problem regarding coal.”

China has cut the proportion of electricity generated by burning coal from over 80% in 2017 to 56% today, but a laudable rise in power generated by wind and solar means has failed to plug the gap. The current shortage has been intensified by factories hungry for power as they attempt to meet strong global demand for Chinese goods.

Faced with soaring coal prices, China’s electricity providers have been depleting reserves of the black stuff, hoping either for prices to fall or for Beijing to lift new environmental restrictions that have made burning coal more costly. But prices have stayed high and the central government has only eased regulations slightly. An unofficial ban on coal from the world’s number two coal exporter Australia—imposed late last year following Canberra’s call for an international probe into the origins of the pandemic—has also contributed to the crisis.

According a Sinolink Securities analysis cited by the South China Morning Post, stocks of coal used to generate electricity held by China’s top six power-generation entities stood at a record low of just 11.31 million tonnes on Sept. 21—sufficient for just 15 days. The scarcity has sent prices sky high. On Wednesday, thermal coal futures in China hit an all-time peak of $212.92 per tonne. But because the central government is opposed to raising domestic energy prices—fearing that it will cause a spike in inflation that will hit living standards and potentially spark discontent—power companies feel unable to pass on the costs.

Chris Mei, the sales director and part owner of Shanghai Fanyi Precision Machinery factory, which makes molded plastic parts for power tools and automobiles in Kunshan, Jiangsu province, says he was only informed via his industrial park’s Wechat group on Sept. 26 that all power to his factory would be shut off until further notice. “We just had to send all our workers home,” he says.

He is not alone. On Thursday, industry data showed that China’s factory activity contracted in September for the first time since the pandemic caused widespread lockdowns in February 2020.

While some suppliers have been allowed to operate at night only, the high-tech manufacturing tools Mei uses require several hours to get up to speed, and so typically operate around the clock to maintain efficiency. “There’s going to be a lot more waste of raw materials, and some products will not be usable, so we’re already discussing price increases for the end client,” says Mei. He adds that many factory owners feel that environmental targets are mostly to blame for the outages.

The crisis comes just as China’s ruling Communist Party is preparing to release a raft of policy documents detailing domestic and overseas environmental policy in the lead up to the COP26 climate summit in Glasgow at the end of next October. The worry is that it will now choose stopgap solutions.

“The fear is that we fall back on the ‘energy security’ narrative, which is really just a code word for coal,” says Li. “My hope is that we come out of this realizing that coal is actually not that secure at all.” 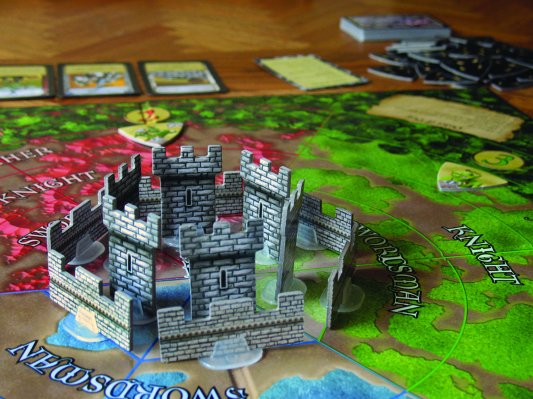 How the Shipping Crisis Is Crippling the Board Game Industry
Next Up: Editor's Pick