Both men and women are feeling even more burned out in 2021 than they were in 2020. Given that the labor force is sojourning through a second year of dangerous work conditions, a lack of childcare options and unprecedented workforce dropout, the fact that Americans are feeling high stress levels isn’t all that surprising. But a distressing new report suggests that pressure put on women to balance work and childcare is leading to disproportionate levels of strain.

The annual Women in the Workplace report from McKinsey & Co. and LeanIn.Org found that the gap between women and men who say they are burned out has nearly doubled in the last year. In the survey, which polled more than 65,000 North American employees, 42% of women and 35% of men reported feeling burned out often or almost always in 2021, compared to 32% of women and 28% of men last year.

We’ve known for quite some time that women are feeling the burdens of the pandemic disproportionally. They’ve taken on more responsibilities at home—from supervising remote learning for their children to basic household chores. Women have also been forced out of their jobs at a disproportionate rate. Many mothers left the workforce due to lack of childcare when schools and daycares closed during the pandemic: There were nearly 1.5 million fewer mothers with children 18 or younger in the workforce in March 2021 compared to February 2020, according to U.S. Census Data.

Now even though school is largely in person this year, there are still student quarantines to contend with and a shortage of childcare workers in the U.S. means many women are still struggling to balance work and childcare demands. President Joe Biden has proposed a significant investment in childcare in hopes of offering parents some support. But as women wait for government help, they’re reaching (yet another) breaking point.

One in three women has considered downshifting her career or leaving the workforce altogether in the past year, according to the report, up from one in four women last year. There’s likely an economic rationale, at least in part, for that consideration. When couples decide who should step back from work for childcare duties—or simply who ought to juggle work and childcare—the pay gap rears its ugly head. (Women earn 82 cents on the dollar compared to men. That gap widens for Black and Latina women, who earn 63 cents and 55 cents on the dollar, respectively, according to the Institute for Women’s Policy Research.) For many straight couples, it simply makes more economic sense for the woman to cut back on work. In the same survey, just 27% of men said they would think about downshifting their careers in 2021.

Read More: After a Terrible Year for Women in the Economy, These Places Are Working Toward a Feminist Recovery From COVID-19

For those who remain in the workforce, it’s no wonder they are burned out, even beyond the childcare demands. Women are more likely than men to experience microaggressions at work. According to the report, for instance, 34% of women who are senior leaders and 27% of women who are entry-level employees said they had their judgment questioned in their area of expertise, as opposed to 22% of men at each level.

Women also do more diversity, equity and inclusion (DEI) work than their male counterparts, but most of the companies surveyed reported that they do not formally recognize this work. And the new report found that despite renewed focuses at companies on combatting discrimination and promoting resources like employee resource groups, one in eight women of color still find themselves to be both the only woman and the only person of their race in any meeting or room and are more likely to experience microaggressions than their coworkers.

Moving forward, many women cited flexibility to work from home as crucial to remaining in the workforce. Two-thirds of the women in an April 2021 study conducted by the platform FlexJobs said they would want to work remotely at least three days per week after the pandemic ends, while 57% of men said the same. White men were the most likely to say they planned to return to the office full-time post-pandemic, while Black women were the least likely to plan to do so. The divide points to a potential visibility gap when workers return to the office, especially for women of color who have historically struggled to gain recognition for their accomplishments and get noticed by their bosses in the workplace.

More worrisome still, the study found a major disconnect between what white employees perceive as valuable allyship to women of color in the workplace and what they actually do. While 77% of white employees consider themselves allies to people of color at work, only 21% reported consistently advocating for opportunities for women of color, and only 10% reported mentoring a woman of color—two acts that the women of color surveyed said were particularly critical to their own advancement.

Women’s organizations, large corporations and even the White House have repeatedly sounded the alarm about women dropping out of the workforce: Fewer women in the workforce means a weaker economy. But the data suggest, a year and a half into the pandemic, the government and businesses have done little of substance to solve the problems of work-life balance. The model was broken to begin with—the pay gap alone is evidence of that—and we know now that things will not return to a pre-pandemic “normal” anytime soon. For all the talk the pandemic spurred of more inclusive and flexible work environments, most women have yet to see those benefits manifest. Inevitably, without change, even more women will drop out. 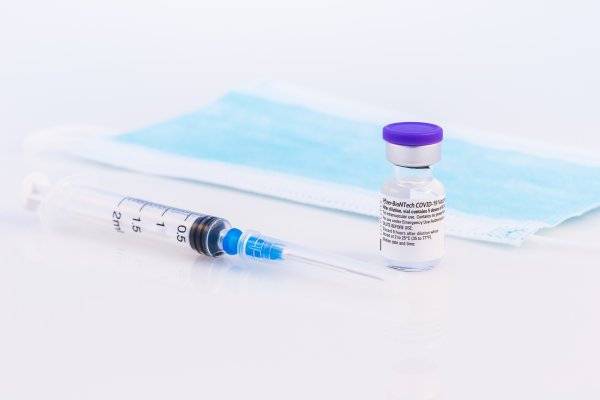 CDC Panel on Who Should Be the First to Get COVID-19 Boosters
Next Up: Editor's Pick