When we learned this week that Kathryn Hahn would play Joan Rivers in a series on Showtime called The Comeback Girl, the choice seemed like a no-brainer. Hahn, who recently stole the show as the nosy-neighbor-slash-powerful-witch Agatha in Marvel’s WandaVision, truly has the chops to channel the iconic, sharp-tongued comedy legend.

But something about the casting also landed funny. That’s because of a troubling trend: by playing Rivers, Hahn will swell the ranks of non-Jewish actresses who have portrayed Jewish women, fictional and real, recently. It’s happened with big-budget films like On the Basis of Sex, the Ruth Bader Ginsburg biopic in which the notably Jewish justice was played by (the lovely but not Jewish at all) Felicity Jones, as well as indie breakouts like Shiva Baby, featuring the talented rising star Rachel Sennott (not Jewish either) navigating the most awkward mourning gathering ever. Jones’ casting drew some outcry, while Sennott inhabited her character so successfully that most Jewish fans assumed she was the real deal.

Between those two extremes lie many other examples: all of the Pfefferman children on Transparent were played by non-Jews (as was as a rabbi played by Hahn herself); Mrs. America gave us Bella Abzug and Betty Friedan in the form of Margo Martindale and Tracy Ullman (neither Jewish); the distinctly Rivers-like lead role in Amazon’s hit The Marvelous Mrs. Maisel is played by Rachel Brosnahan (not Jewish); Rachel McAdams (not Jewish) failed in an attempt go undercover as an Orthodox Jewish woman before she played an Orthodox Jewish woman in love with Rachel Weisz (O.K., at least she’s Jewish) in 2017’s Disobedience. Even the actresses in the homebirth drama Pieces of a Woman, whose characters are subtly Jewish, were played by a trio of non-Jews.

Rachel Brosnahan plays a 1950s Jewish housewife with a knack for stand-up in The Marvelous Mrs. Maisel
Nicole Rivelli—Amazon Studios

As Sarah Silverman said in a vent session to Howard Stern last year discussing this phenomenon: “Is it the biggest injustice in the world? No, but I’m noticing it.” On the one hand, acting is acting—it shouldn’t require perfect alignment with the character you’re playing. On the other hand, the fact that it keeps happening when Hollywood doesn’t exactly suffer from a lack of Jewish actors shows that something is off. It seems that the idea of letting an actual Jewish actress interpret a Jewish role is pushing a cultural boundary we didn’t realize was still there.

What can we call that boundary? It’s not exactly racism or cultural appropriation, because Jewishness does not fall neatly into the categories of race, religion or ethnicity—some consider it one or another or some combination of the three—and because white Jews have access to white privilege in America (and let’s be honest, we’re often confused with white people of other backgrounds). Jewish actresses like Weisz, Natalie Portman and Scarlett Johansson are among Hollywood’s most feted stars. When a white actor or actress snags a role written for another race or ethnicity—like Johansson herself in The Ghost in the Shell—it’s blatant erasure. This isn’t that.

For that reason, individual instances of a non-Jewish actress doing a spectacular job playing a Jewish woman feel totally fine. As Helene Meyers, an academic who studies Jews and film, put it: “I think that Jewish literacy rather than Jewish identity is what matters.” For instance, Sennott clearly was Jewishly-literate, especially in a film directed and written by a Jewish woman, Emma Seligman. But Meyers adds: “My Brooklyn-accented gut wonders whether Jewish actresses are being deemed ‘too Jewish’ for these roles.”

The trend certainly raises the question. There’s a long tradition in Hollywood of actors changing their names and getting plastic surgery to flatten their ethnic identities out of existence. Perhaps, even subconsciously, casting directors and decision-makers are replicating that tradition by overlooking Jewish women for Jewish roles. And perhaps internal biases play a role here too—Jewish actresses avoiding roles that could pigeonhole them on one hand, and on the other hand the many Jewish people (especially men) who make decisions in Hollywood falling prey to internalized bias with a whiff of misogyny too. After all, when is the last time you saw a notably Jewish male auteur cast a Jewish woman as the love interest of the nebbishy male lead (looking at you, Woody Allen and Larry David)?

When she spoke to Stern, Silverman expressed frustration with the fact that an actress like herself, whose voice and features clearly mark her as Ashkenazi Jewish, had been cast throughout her career in a way that reinforces dated stereotypes about domineering Jewish women: As she put it, an actress who looks and sounds like her ends up playing “either a sassy friend of the main character … or you’re this c-nty girlfriend before the guy realizes what love really can be, or you’re that guy’s book agent.” The flipside of Jewish actresses being reduced to one-dimensional secondary roles, she added, is that they’re also being shut out of juicier Jewish parts, those that are nuanced, vulnerable, strong and fully realized. And if a white actress with a vague ethnic vibe and some sass is enough to read to casting directors and producers as “Jewish” over and over again, we’re not getting a chance to view the real diversity of Jewish women, who come in all shapes, sizes, colors and physical types. (In fact, if you look at three famous Jewish actresses working today–Mila Kunis, Natalie Portman, and Tiffany Haddish–they are as different as can be.) This flattening effect also subtly indicates that Jewish women aren’t beautiful or compelling enough to be the center of their own stories. And that hurts.

We keep learning that Hollywood and the entertainment world aren’t nearly as progressive as one might imagine. Whether it’s astonishing new anecdotes about sexism, racism and harassment in the industry that keep surfacing, similar debates over straight actors being continually cast as gay characters or the recent colorism discussion around Latinx characters in In the Heights, we see a broader picture of missed opportunities and subtle exclusion. Even when marginalized groups’ stories make their way onscreen, a kind of whitewashing or sanitizing often sneaks its way in.

That’s why this pattern in the casting of Jewish roles is significant. The mainstream entertainment industry isn’t committed to showing “otherness” in its true fullness, messiness and realness yet. The only solution seems to be letting people with different backgrounds make art themselves, with creative control. When Jewish women like Ilana Glazer, Abbi Jacobson and Rachel Bloom take over the helm of their own shows, the trend stops: we see complex stories with Jewish women playing Jewish women at the center. That’s a nice start, but there are so many more stories to be told. 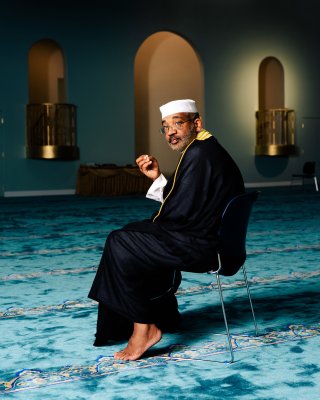