It was a fateful day on social media in 2016 when the comedian shared the debut installment in what would become an annual tradition of joyous dance videos. Wearing a T-shirt that read “SEPT 21,” Adejuyigbe paid tribute to the date immortalized in the first line of Earth Wind & Fire’s seminal 1978 end-of-summer anthem “September” with an infectious cutting of the rug.

Adejuyigbe dutifully released this year’s video on Tuesday, and in only a few hours it has already been watched over 920,000 times. Adejuyigbe turned this sixth video into what is basically a delightful, enormously creative short film.

He dances his way through a series of colorful and mind-bending sets—including the backyard of the iconic pink house owned by the late Allee Willis, who co-wrote “September.” It’s a far cry from the first video, which saw Adejuyigbe simply bopping along to his own remix in his apartment.

“When I did the first one, I had made the audio of me remixing ‘September’ and played it for my roommate at the time and he was like, ‘You have to post this,'” Adejuyigbe tells TIME. “So I made a video to go with it and everything kicked off from there. Then once you do it twice, it’s a tradition and you have to do it until you die.”

For the past four years, Adejuyigbe has used the occasion to raise money for various charities, an idea that he says came about when he needed inspiration to continue making the beloved internet content.

“The charity thing came into play a few years ago, when I was starting to think, ‘I don’t have a reason to keep doing these if it’s just like spending a bunch of money and then nothing,'” he says. “But if I’m spending money to raise money for charity, then that’s great.”

This year, Adejuyigbe is raffling off a painting of a Sept. 21st-themed jersey—and promising to hand-deliver it to the winner, regardless of where they live. He’s also encouraging viewers to donate to three charities supporting causes close to his heart: Imagine Water Works, a disaster relief organization helping with Hurricane Ida relief; West Fund, a nonprofit for abortion access in Texas; and Sunrise Movement, a climate advocacy organization.

As of Tuesday afternoon, only five hours after Adejuyigbe released this year’s video, his efforts had already raised almost $500,000 for the charities.

Still, all good things must eventually come to an end. Following the final scene of this year’s music video—in which Adejuyigbe takes off into the sky in a flying car à la the ending of Grease—he appears on screen to announce that his six-year “September” run has come to a close.

Adejuyigbe confirmed that he’s done with the series to TIME, explaining that not doing the videos will give him more time for other filmmaking projects.

“It feels like this sort of albatross around my neck as we get closer and closer to September, where people start being like, ‘The day’s coming.’ And then it’s like, ‘how am I going to top it every year?'” he says. “It’s a prison I’ve created for myself and it’s a dumb thing to complain about because ultimately, it’s fun and every time I see the first shot of the video I remember that I love doing it. But it just takes so much time and so much money and a lot of effort to keep it going. There’s only so much I can do with it and it takes away from the time I have for other projects when I’m tied to this thing that I put my life on pause for every year.”

Adejuyigbe has spent the day taking his “September” internet bow by reposting the old videos and even sharing an outtake of 2021’s spectacle.

It’s doubtless that, at the very least, his efforts will help more people remember the twenty first of September for years to come, and maybe do a little dance of their own. 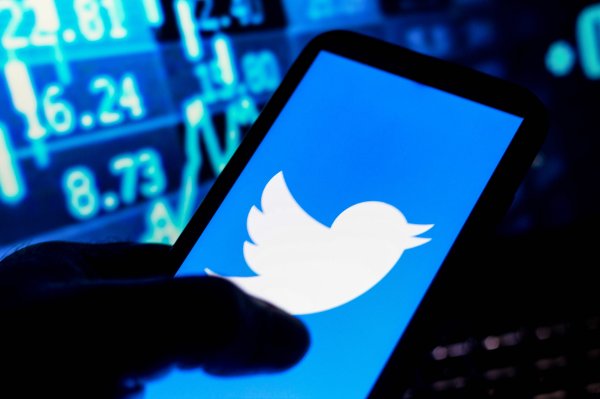 Twitter to Pay $809.5M Settlement in Class Action Lawsuit
Next Up: Editor's Pick