Democrats Must Pass Voting Rights Protections, But They Can't Codify a Lie

Rev. William Barber speaks alongside Texas lawmakers and fellow religious leaders, in Washington, D.C., on Aug. 12, 2021.
Kevin Dietsch/Getty Images
Ideas
By William J. Barber II
Barber is president of Repairers of the Breach and co-chair of the Poor People’s Campaign: A National Call for Moral Revival. He is author of We Are Called to Be a Movement.

Back from their summer recess, Senate Democrats announced last week that they have united behind the “Freedom to Vote” Act, a compromise bill that would expand and protect the right to vote in important ways. It comes on the heels of a summer-long effort by poor and low-income people, as well as grassroots voting rights advocates, to demand that Democrats act now to protect the right to vote and defend democracy. But what Senate Democrats may or may not realize is that the bill includes language Republicans have used for years to attack and curtail voting rights.

Among the three sections of the bill is one titled “election integrity.” As someone who has been at the forefront of the fight for voting rights both on the streets and in the courtroom, I recognize that the phrase is not a neutral aspiration for free and fair elections, but rather a Republican-perpetuated lie designed to cast doubt on increased voter participation in a multiethnic democracy. If Democrats are serious about protecting voting rights, the lie must not remain in the current version of the bill.

When the Supreme Court’s 2013 Shelby County v. Holder ruling gutted the pre-clearance requirements of the 1965 Voting Rights Act, a legislator in my home state of North Carolina said on the record that his Republican caucus could proceed with their proposed changes to election laws “now that the headache has been removed.” The “headache” he was referring to was the landmark voting rights legislation of the 20th century that required districts with a history of racial discrimination in voting laws to demonstrate that their proposed changes would not have a disparate impact on racial minorities. North Carolina Republicans that year did pass the legislation, which included a voter ID requirement along with other voter suppression measures, and the governor signed it into law. When we sued, the governor’s lawyers were unable to prove the absence of disparate racial impact that pre-clearance would have required. A federal court also found that the legislature had, in fact, targeted African Americans with “almost surgical precision.”

Read more: We Must Reclaim Voting Rights as a Moral Issue

One of the state’s key witnesses in that case was the Heritage Foundation’s Hans von Spakovsky, who testified that the reason Republicans should be allowed to pass laws that make it harder for Black people, young people, poor people and people with disabilities to vote is to ensure “election integrity.” Nearly a decade ago, before Donald Trump began his political career or mentioned The Big Lie, extremists concerned about the changing demographics of the nation began developing a legal theory to attack voting rights under the law. Across the South—where the Voting Rights Act was supposed to protect the rights of African Americans—Republicans accused organizations committed to building Black political power of fraud. Even when they could not win their cases in court, they popularized a narrative like that of white supremacists in the 1870s, who accused Black voters in the South of corruption and fraud. Many Republicans were willing to believe their story about threats to “election integrity.” But the end goal became clear: they wanted to use the lie to justify restrictions that would make it more difficult to vote.

On the stand in federal court, von Spakovsy could not name a single instance of proven voter fraud to explain why North Carolina’s 2013 voter suppression measures were necessary. The court ultimately ruled that the restrictions were unconstitutional. But that did not deter von Spakovsky and his colleagues from continuing to spread the lie.

Shortly after the 2020 election, as Trump pushed The Big Lie from the White House, von Spakovsky joined one of Trump’s lawyers, Cleta Mitchell, and former Ohio Secretary of State Ken Blackwell on a Council for National Policy panel to reportedly plan how Republicans should work to subvert the will of more than 81 million Americans who had just elected Joe Biden President. Their tactics have been legion, leading to more than 400 voter suppression measures introduced in almost every state house in the country this year. But every effort to restrict voting rights and subvert elections is based on the same lie that non-existent voter fraud schemes threaten the integrity of U.S. elections.

When those of us in the civil rights community look back on the long struggle for voting rights in this country, we know that each step forward toward a multi-ethnic democracy has been met by forces that attempt to subvert the power that is gained by expanded voting rights. Following Reconstruction, lies about corruption and fraud were used to justify grandfather clauses, poll taxes and literacy tests that effectively stripped voting rights from African Americans in the South for nearly a century.

As we continue to push for the federal voting rights protections that are necessary to defend against what President Biden has called the greatest assault on democracy since the Civil War, we cannot allow the lie that has driven voter suppression efforts and the election subversion attempts of last year to be codified in federal law. As federal courts have made clear in their rulings, restrictive voter ID requirements are a remedy in search of a problem that only exists in the minds of people who want to prevent fellow Americans from voting. Any federal legislation to defend democracy should be clear that calls for “election integrity” and concerns about “voter confidence” are symptoms of the chaos that lies about voter fraud have created. 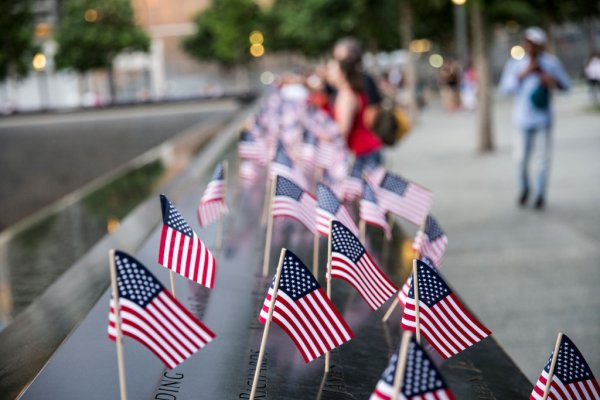 Column: I Lost My Dad on 9/11—But I Never Asked for Revenge
Next Up: Editor's Pick