The baby was delivered with no complications.

On Friday, Lil Nas X, who has been flaunting a baby bump on social media for weeks as an absurdist metaphor for his impending album release, finally dropped his debut album, Montero. Over the last year, Lil Nas has proved he’s no one-hit wonder riding the memory of “Old Town Road”: his two recent singles “Montero (Call My Be Your Name)” and “Industry Baby” were both huge hits, generating hundreds of millions of streams and dominating multiple news cycles for their provocative and explicitly queer videos.

Montero contains both of those songs as well as 13 others, many of which have been floating around the internet for months (with Lil Nas often posting snippets of them himself). The album shows him reflecting on his troubled familial past, slipping into different musical styles and teaming up with some very famous friends, including Megan Thee Stallion and Elton John. Here are the main takeaways from the album.

Montero is far from a rap album

While Lil Nas X is often categorized as a rapper, outright rapping makes up a small minority of Montero; it’s clearly not Lil Nas’ mission to match the lyrical prowess of his namesake. Instead, the artist operates near the center of pop music as we know it in 2021: big melodies encased in big hip-hop beats, slippery guitars, sentimental ballads, plenty of homages to ’80s and ’90s rock music. The album is buoyed by some of the most successful producers working in the pop/rap space: Take a Daytrip (Dua Lipa’s “Good In Bed”), Nick Mira (Juice WRLD’s “Lucid Dreams”), Carter Lang (Swae Lee & Post Malone’s “Sunflower”).

Lil Nas has also prioritized improving his voice, which was at times shaky and cautious on his latest release 7 EP. Lessons with Kuk Harrell—the vocal producer who has worked with Beyoncé, Rihanna and Celine Dion—have molded Lil Nas into a powerful and malleable singer, especially on the despondent ballad “Void” (admittedly, he gets a little help from autotune).

The lyrics are hugely autobiographical

While “Old Town Road” was a Western fantasy, the lyrics on Montero hit much closer to home, and reveal parts of Lil Nas’ troubled pre-fame past that he has sometimes been reticent to talk about in public. “2018 I was in my sister’s house all summer, songs wasn’t doing numbers, whole life was going under,” he sings on “Dead Right Now.” In that song, he sings that he would have committed suicide if he hadn’t made it and grapples with his mother’s addictions: “Told me she’d be clean, but I’m knowin’ that her ass is a deceiver.”

In other parts of the album, he sings about waking up on the floor on top of a deflated air mattress; of being self-conscious about the size of his lips. Forgiveness, reinvention and finding home are recurring themes: “I’ve done things in my past I’m sorry for, so please don’t hold me/ Old people in my life should know that I am not the old me,” he sings on “Don’t Want It.”

What’s the next big hit?

As a former member of a stan army, Lil Nas is native to a culture that cares fiercely about numbers—a culture in which inherent value can be derived from streams, views and topping the charts, as if music were a sporting event. And while the album already contains two huge hits in ”Montero (Call Me By Your Name)” and “Industry Baby,” there are other contenders on here that seem predestined for countless radio spins and TikTok reposts.

The most obvious potential hit here is “That’s What I Want,” whose music video was released in conjunction with the album. “That’s What I Want” is an upbeat pop song that shares a tempo, chord progression structure and bittersweetness with one of this year’s biggest hits: The Kid Laroi’s “Stay.” “That’s What I Want” has already been employed in 15,000 videos on TikTok even without a major push from Lil Nas himself; don’t be surprised if its soaring singalong chorus is ubiquitous in a month or two. Nearly as catchy is the more hip-hop-oriented “Scoop,” featuring an expectedly sassy and quippy verse from Doja Cat.

The guest appearances on Montero are excellent

Speaking of Doja Cat: she’s one of five shrewdly-chosen features on the album, alongside Jack Harlow, Elton John (who lays down some tasty piano licks on “One Of Me”), Megan Thee Stallion and Miley Cyrus. These are the best lines from each of the rappers:

Jack Harlow (“Industry Baby”): “Say your time is coming soon, but just like Oklahoma, Mine is coming Sooner”

The delayed rhyme—and the way that “Oklahoma” is out of sync with the previous rhyme scheme—makes the punchline hit even harder.

Doja Cat (“Scoop”): “All them rehearsals got me tight, look at thе payoff/ And now my body look like something you’d eat cakе off”

I still don’t really understand what this means—is she saying her body looks like a platter?—but it makes for a great visual.

Self-explanatory. But really, Megan’s verse is stuffed to the brim with hilarious one-liners. The irony is that Megan presents fairly seriously in her public persona but has some of the funniest bars out there, while Nas, who is funnier than virtually every comedian on social media, turns mostly serious when his words have to rhyme.

Lil Nas X has grown tremendously as a songwriter

Despite its stylistic diversity, Montero still operates within a fairly narrow pop confines: while his music videos and online persona are confrontational, the music itself is conservative. But Lil Nas has grown tremendously as a songwriter since 7 EP, on which many of the songs relied too heavily on one idea or riff. He now adopts pre-choruses, choruses and interludes; he develops lyrical and musical ideas through songs, and pays much more attention to musical micro-details instead of simply rapping over Ableton loops repeated ad nauseum. Convincingly-delivered torch ballads like “Void” and “Am I Dreaming” make it clear that there’s so much more talent here beyond memes or shock value; that he could host a Vegas residency in 20 years just singing his heart out over a live band.

Yes, this record is very gay

Nas has made his sexuality front and center of his recent videos and performances, and on Montero he continues to proudly flaunt his queerness. “Ain’t talkin’ guns when I ask where your dick at,” he says on “Scoop.” On “That’s What I Want,” he professes to needing a “boy who can cuddle with me all night.” It’s clear that the onslaught of criticism and homophobia he’s faced over the last year have had little power to silence his freedom of expression. All in all, Montero is the work of an unbound, creative and well-connected 22-year-old who kicked open the industry doors two years ago and has no intention of vacating his top spot anytime soon. 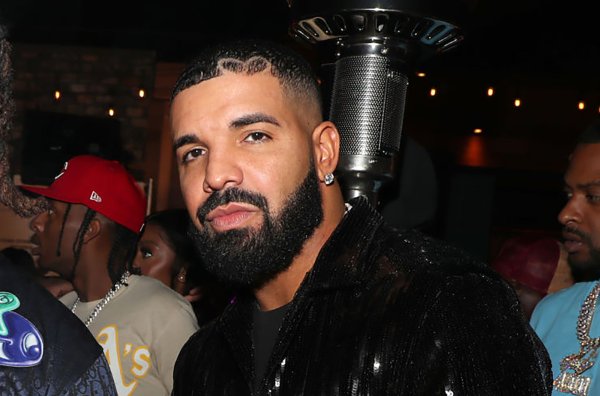 What to Know About Drake's New Album Certified Lover Boy, From Its Controversial Cover Art to That R. Kelly Credit
Next Up: Editor's Pick