Andrew Garfield and Jessica Chastain in 'The Eyes of Tammy Faye.'
Searchlight Pictures
By Stephanie Zacharek

In the grand scheme of Christian forgiveness, maybe it’s a nice idea to try to reclaim the honor, or at least the humanity, of the late evangelist TV personality Tammy Faye Bakker, one-half of the 1980s prayer-and-praise power couple Jim and Tammy Bakker. That’s the goal, apparently, of Michael Showalter’s cartoonishly sincere biopic The Eyes of Tammy Faye, in which Jessica Chastain plays the chirpy entertaingelist as a sympathetic country sweet-pea, largely a victim of her husband’s ambition and an only semi-willing accomplice in the greed and corruption that eventually brought the couple to ruin—and also robbed countless regular working people of their hard-earned money.

In the 1980s, Tammy Faye and Jim Bakker, husband-and-wife chipmunks united in the service of the Lord, ruled the Christian-television airwaves with their cheesy but unapologetically celebratory show, designed to fund their ever-growing PTL Club operation. Folksy, apple-faced Jim spread the word of God like margarine, greasing the wheels to entice the folks at home to call in with their donations. Tammy Faye, with her helium speaking voice and peppy gospel-tune belting—not to mention her clown-on-the-town makeup, which became more garish and extreme as the duo became richer—was lively and sugary and fun to mock. Of all the ’80s TV evangelists—among them Pat Robertson and Moral Majority leader Jerry Falwell, both of whom played roles in the Bakkers’ rise and fall—Jim and Tammy Faye seemed the most benign, if you could apply that word to any peddler of rigid religious ideologies who’s also in love with the almighty dollar.

These two certainly seem harmless at the start of The Eyes of Tammy Faye. The movie follows the Bakkers’ pious trail from their meet-cute in Bible college, through the early years of their marriage, in which they took to the road as traveling preachers, to their first taste of success, as the hosts of a TV show that used puppets to teach kids about God’s love. Andrew Garfield plays Jim Bakker as an aw-shucks charmer who’s honest about his moneymaking goals: he’s convinced the Lord doesn’t want him to be poor, though it turns out that Tammy Faye is the one who comes up with the puppet idea, a hint that everything they built might have begun with her.

Chastain plays Tammy Faye with a feral eagerness that’s poignant until it turns grating. In the movie’s early scenes, she’s a saucy seductress, a good girl who wants to have fun—within the bounds of holy matrimony, of course. Her eyes are wide and unblinking, like a doll’s; her skin is brushed with porcelain innocence. This is a far cry from the older Tammy Faye we see in the movie’s preamble, who reveals to an unseen makeup artist that her harsh eyebrows and lipliner are tattooed on, and her black-dagger eyelash fringe is non-negotiable: It’s her trademark, she insists, and people wouldn’t know her without it.

But even though Chastain has clearly studied Tammy Faye’s mannerisms and vocal tics and runs through them admirably, the movie’s candy-colored varnish seems to have waterproofed it against anything so messy as real feeling—or judicious assessment. Tammy Faye suffers all manner of hardships and rejections: Jim loses interest in her sexually and engages in dalliances with both men and women (though the movie is cryptically unspecific about the former, perhaps for legal reasons). He becomes consumed with making money for his expanding empire—Garfield plays the older, graying version of Jim as a half conniving, half distracted striver. Meanwhile, the increasingly miserable Tammy Faye succumbs to an almost-affair with Nashville record producer Gary Paxton (Mark Wystrach), gets hooked on Ativan and is eventually coerced into making a tearful confession of her sins on television.

This is potentially moving dramatic stuff—or at least bracing melodramatic stuff—but Showalter’s dramatization has a glazed, glassy-eyed surface, like a Pee-wee Herman movie without any of Paul Rubens’ surreptitiously sophisticated kindergarten wit. The Eyes of Tammy Faye was adapted by writer Abe Sylvia from Fenton Bailey and Randy Barbato’s 2000 documentary of the same name, which was anchored by interviews with the fallen Tammy Faye that painted her as a rather sweet, remorseful soul. (She died in 2007.) And to the degree that fairness matters, Showalter (director of 2017’s The Big Sick) is fair to Tammy Faye, dramatizing her heartfelt 1985 interview with pastor and AIDS patient Steve Pieters (played by Randy Havens)—significant because in doing so, she not only courted the wrath of Falwell, an increasingly powerful conservative evangelist bully (played, with creepy accuracy, by Vincent D’Onofrio), but also risked alienating millions of hardcore Bible thumpers who sincerely believed AIDS was God’s way of wiping homosexuals off the face of His earth.

But mostly, Showalter’s movie wavers between parody and pathos, never certain where it wants to land. And no matter what you think about the real Tammy Faye—and no matter how much pity you might feel for her after the Bakkers’ kingdom crashed around her—she was still culpable in bilking PTL Club “partners,” as donors were called, out of millions. (The movie shows her buying multiple fur coats, for herself and for others. She never asks where the money is coming from.) What’s more, she was also a complicit cog in the politically ambitious Evangelical machine of the 1980s, whose influence over American government spreads its ugly shadow to this day. A great movie can make you feel empathy for a seemingly unredeemable character. But The Eyes of Tammy Faye succeeds only in presenting its subject as a camp curiosity, a one-woman pep rally for the Lord in linebacker shoulder pads, misunderstood and in need of redemption. She seemed more human back in the old days, when we were allowed to make fun of her and didn’t have to apologize for it—in the days before she became her own mini-church of the almighty eyelash. 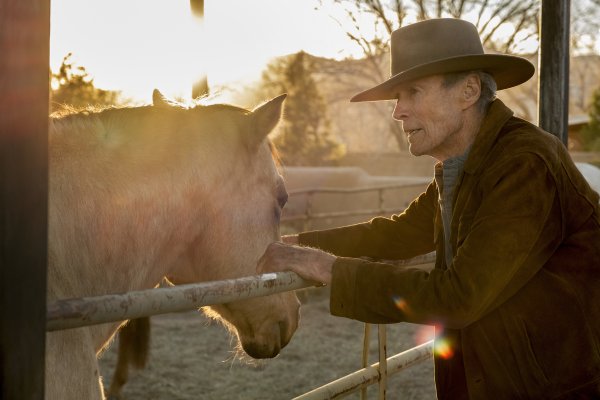