On Tuesday, Apple hosted another virtual presentation, showcasing both the beautiful scenery of California and a slew of new consumer products, including the expected new line of iPhones and updates to its tiniest tablet.

While the upgrades were numerous, many of them were predictable, expected and incremental, failing to knock the collective audience’s socks off. The base iPad, the iPad mini, the Apple Watch and the new iPhones all received updated hardware. However, the upgrades were more quantity than quality, and rumored announcements like new AirPods or augmented reality glasses were nowhere to be found.

Still, the slight updates add up if you’ve been holding off on copping a new Apple device, and they seem particularly intriguing when looking at the company’s smallest devices.

Like clockwork, Apple has a new line of iPhones. But aside from the diagonally arranged rear dual cameras and slightly changed color palette, you’d be quite hard-pressed to find something noticeably different about the iPhone 13, compared to last year’s models. The new A15 Bionic processor is an expected, but welcome, upgrade to an already lightning-fast phone, speeding up activities like video processing and live translation.

Read More: With the Help of a World Full of iPhones, Apple’s AirTags Have Already Outsmarted the Competition

Also on deck for the iPhone 13 is a new pair of upgraded cameras, along with the addition of pro-level image stabilization features found on the iPhone 12 Pro Max. The changes allow the lenses to take in more light, which means less noise and clearer photos in low-light conditions. Apple also added new video recording modes like “Cinematic mode,” which allows for easier and more automatic rack focusing.

The iPhone 13 will also feature improved 5G support, including support for more 5G bands, meaning over 200 carriers worldwide will be able to support the faster cellular connection standard using the iPhone 13 by year’s end, according to Apple.

Once again, Apple announced Pro and Pro Max models for its new iPhone line, but they didn’t exactly steal the show either. Yes, they have a better battery life, improved cameras, and — surprise — the new A15 Bionic processor. The 6.1-inch display (or 6.7-inch display on the Pro Max) has a new 120Hz adaptive refresh rate, which is perfect for twitchy, fast-paced games that require instant reaction times.

As always, each iPhone 13 version features an upgraded processor and camera system, including new features like professional-grade video recording and real-time image presets to apply custom image tweaks to your photos on the fly. ProRes video, the format used to record and display professional video, will soon be available on the iPhone 13 Pro, letting you record at 30 frames per second in 4K HDR. The three cameras have received sensor upgrades, along with a new 3x telephoto lens that lets you zoom in even closer to your subject.

Still, many actual creative professionals might be disappointed by the lack of professional-grade ports. The iPhone 13 Pro still uses the Lightning port, while other “Pro” devices like the iPad Pro and MacBook Pro feature the universal USB-C port for easy connectivity between devices used by professionals, like cameras, tablets or hubs.

The company also updated its Apple Watch wearable with some new colors and a slightly refreshed look.

The Apple Watch Series 7 features a tougher display, and is the first IP6X-certified Apple Watch, making it dust resistant and water resistant for up to 50 meters. The display is slightly larger than the Series 6, thanks to thinner bezels and a modified overall frame. The new Apple Watch Series 7 also charges faster when paired with its magnetic fast charger USB-C cable.

Available in five colors, its slightly rounded edges and curvier design looks pretty sleek, but doesn’t mess with the device’s growing ecosystem of bands and accessories.

Read More: An Open Letter to Tim Cook on Why Apple Should Compromise With Antitrust Regulators

Tied to the Apple Watch is Apple Fitness +, the company’s premium streaming workout service. Apple also announced today that it would bring Pilates and guided meditation to the program beginning Sept. 27. An Apple Watch Series 3 or later is required to use the service. It showcases your vitals on your TV or mobile device while you’re working out and assists in tracking progress.

The new Apple Watch Series 7 will be available starting at $399 later this fall.

The iPad dark horse gets an upgrade

To near-unanimous approval online, Apple also upgraded the much beloved iPad mini. It now features support for the newest Apple Pencil, a fingerprint sensor on the power button and the same flat-edged design as the iPad Air and iPad Pro. Apple also swapped out its Lightning port for a more universal USB-C port in the new iPad mini, letting you connect it to various accessories made for USB-C devices, like USB hubs and memory card readers.

The entire package is contained beneath a high-resolution 8.3-inch “Liquid Retina Display,” the same tech on the larger iPad Air and Pro models, and is powered by an updated, faster chip.

The cheapest, base model iPad also received a small spec bump, along with some new features to go with its updated front-facing camera (which still lacks the face-scanning features found on Apple’s other tablets). The new camera in the updated iPad supports the iPad Pro-specific CenterStage feature, which follows you around the frame during video calls, letting you walk around while still being in view of the front-facing camera. The education-friendly tablet still supports Apple Pencil, along with the previous “new iPad’s” accessories.

The new 10.2-inch iPad starts at $329 and is available to order today, with in-store availability on Sept. 24, along with the smaller iPad mini that starts at $499.

You should update your Apple products right now 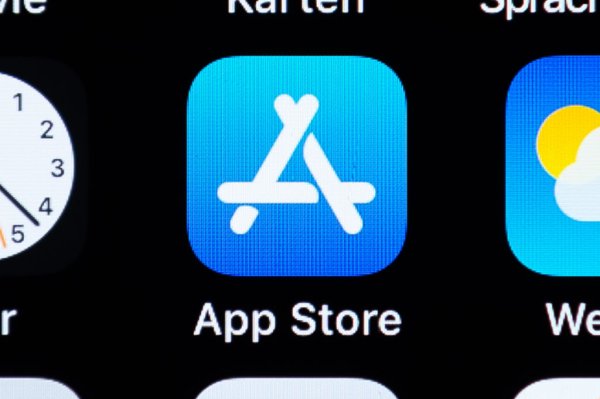