Growing up in the emerging reality of the climate crisis is taking its toll on young people’s mental health. According to a global survey and peer-reviewed study soon to be published in Lancet Planetary Health, a scientific journal, 75% of young people think the future is frightening and 45% say climate concern negatively impacts their day.

The study, which claims to be the largest investigation to date into youth climate anxiety, surveyed 10,000 people aged 16-25 across 10 countries. Four of the countries were in the Global South (Brazil, India, Nigeria and the Philippines) and the remaining six were in the Global North (Australia, France, Finland, Portugal, the U.K. and the U.S.)

Levels of concern varied from country to country, tending to be higher in the Global South nations surveyed than in those in the Global North. When asked if their own family’s security would be threatened by climate change, for example, on average 65.5% of those in the South said yes, compared to 42% in the North.

The looming threats of the climate crisis—which include increased extreme weather and economic instability—are affecting how young people plan for their future, the survey suggests, with 39% of respondents saying they are hesitant to have their own children. The proportion reporting that hesitancy varied relatively little between countries, standing between 36% and 48% for all those surveyed, except Nigeria, an outlier on 22%

Young people were also asked about how they see governments’ responses to the climate crisis. Broadly speaking, governments have failed to reassure young people through their actions, per the study, with 64% of those surveyed saying officials are lying about the impact of the measures they are taking and 58% saying governments are betraying future generations.

In almost every category, negative feelings about the government’s climate response were most prevalent in Brazil, where President Jair Bolsonaro has overseen a dismantling of environmental protections since 2019. Respondents in Finland were the least likely to have a negative perception of their government’s actions, though even there, 47% believed the government was failing young people. 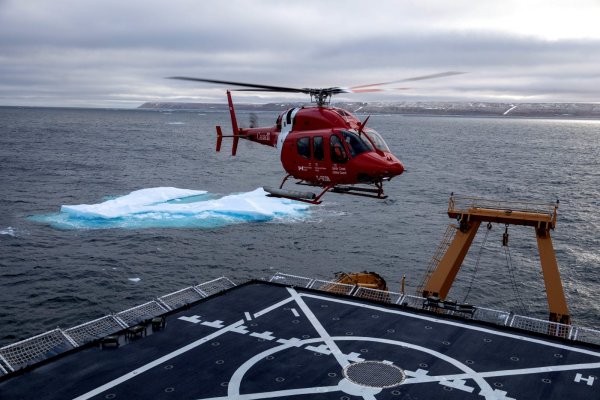 Warming Arctic Has U.S. Coast Guard Worried For the Country
Next Up: Editor's Pick