I Founded ‘Me Too’ in 2006. The Morning It Went Viral Was a Nightmare

The vibration of my phone nudged me awake. It was Sunday morning, and I was sleeping in after a late night out with my girlfriends.

I rolled over, thinking it was likely my mother shaming me for not meeting her at church, but the phone buzzed again and I reluctantly opened it. It was not my mom, but a friend who had tagged me in a Facebook post that read:

I grabbed the phone off its charger in a panic and read the message again more carefully, thinking that the friend who posted it had written the entire thing. I was so confused about why she would do so without consulting me first. I’d been doing the work of bringing empathy into the fight against sexual violence for many years now using this language.

I sent her a private message thanking her for tagging me and explaining that I had been working hard to relaunch my website and broaden the work around “me too,” and that I didn’t want to diminish it by creating a simple hashtag in response to the recent news stories. I had, of course, seen the media coverage of the Hollywood mogul who had been exposed as a serial predator of women. I read the stories of the actors who had courageously come forward to talk about the horrific things they suffered at this man’s hands, and I had watched as the unfolding conversation reverberated across social media. Other than these women being survivors of sexual violence, none of what was happening in Hollywood felt related to the work I had been entrenched in within my own community for so many years. Seeing “me too,” the phrase I had built that work and purpose around, used by people outside of that community, was jarring.

Read More: TIME’s Person of the Year 2017: The Silence Breakers

My friend was confused too. She explained that she hadn’t created the original post or the hashtag; she was simply reposting it and giving me credit because she knew I had long been doing this work using that phrase. My heart dropped at the thought of inviting people to open up and share their experience with sexual violence online without a way to help them process it. I knew it could lead to emotional crisis in the absence of caring, empathetic environments. This would be a disaster if it went viral.

Then she told me it was already all over the internet.

With just a few clicks on my laptop, hundreds of thousands of tweets flooded my screen. I scrolled down and down and down, each hashtag feeling like a needle pricking my skin. Some of the tweets had pictures attached, some were full of emojis, and others used every last one of the allotted 180 characters. And they all said #metoo.

I picked up my cell and frantically dialed one of my best friends, who knew exactly what to say. “Just take a step back and breathe.”

I listened to her reassure me that whatever was happening was not the end of the world and could likely be solved. I walked her through my morning, explaining that the hashtag was on both Twitter and Facebook, but not significantly in our community—meaning Black folks—on either platform. The tears I was fighting back started streaming down my face as I thought about how this had ballooned so quickly.

“This can’t happen,” I said through my tears. “Not like this! Y’all know if these white women start using this hashtag, and it gets popular, they will never believe that a Black woman in her forties from the Bronx has been building a movement for the same purposes, using those exact words, for years now. It will be over.”

I was in full meltdown mode, so my friend delivered some straight talk. “Listen, you know everybody, and everybody that knows you knows that ‘me too’ is yours. We’ve been watching you do the work for years. In this day and age, you gotta pull out receipts. So—pull out your receipts! Put them out there and let them know this already existed.”

She was right. It had been a little over 11 years since I had been living and working in Selma, Ala., and had started using the phrase “me too” as a way for survivors to connect with each other and to make a declaration to the world. I had gone all over the country—any and everywhere folks would allow me space—talking about how the exchange of empathy between survivors of sexual violence could be a tool to empower us toward healing and into action. I reassured myself that I had conducted enough workshops, participated in enough panels and given out enough T-shirts and stickers to earn the right to say that this work, and the phrase that encapsulated it, was mine. And I did know a lot of people. My long and varied background in social justice work, arts and culture and journalism had afforded me a collection of friends and associates across multiple fields who I knew would stand up for me if I asked.

Read More: Meet the Woman Who Started #MeToo 10 Years Ago

I pulled myself together and went searching through my phone. I remembered a video my cousin took of me a few years earlier. I was giving a speech at the 2014 Philadelphia March to End Rape Culture explaining what the “me too” movement was and why folks should join us in furthering the work. I was wearing a black tee that had the words “me too” printed in bold, bright pink lettering. It was our signature shirt.

I watched the video again and took a deep breath. It felt like the “receipt” I needed. I drafted a message to go with the video and posted it to all my social media pages.

And then I waited. Without exaggeration, next to giving birth, this felt like the longest night of my life. I had an outpouring of support from friends and chosen family, all familiar with the work I’d been doing and how much of myself I’d put into it. But despite the support, my fear lingered about everything I’d worked toward coming crashing down around me.

My post and video were being shared widely, and in my speech I had talked about how tired and scared I was that my work would be co-opted. That was how I felt watching this hashtag galvanize social media. I shared my anxieties in a group chat I had with several others who are “in the work.” I talked about how overwhelmed I was, how I needed time to craft a proper response and get my website and talking points together. I told them that I felt hopeless because I couldn’t move at the speed of the internet. I had toyed with the idea of walking away from this work because it was so hard—and maybe this moment was a sign that I should give up. I had been trying in vain to amplify it for years, with zero resources and little support, and I was now going to have to fight a viral hashtag that probably wouldn’t be connected to the origins of the work at all. I was dejected.

At this point I knew little of how the hashtag had started. I had no idea that the actor Alyssa Milano had sent out the first tweet. I didn’t know the full extent of the responses, and I didn’t know if my attempt to insert myself by posting an old speech was shifting the conversation at all.

Then, about an hour into my scrolling, I came across a tweet that just said #metoo with a link attached. The link led to the woman’s personal blog where she had posted, in great detail, the story of her sexual assault in college. She wrote about how it wasn’t until she saw all the #metoo posts that she felt she could tell the story publicly and be embraced and supported. She wrote of the shame she had been carrying for years, and how the burden of her trauma kept her from living a full life. She wrote that witnessing the sheer number of people boldly saying #metoo online had made her feel less alone.

So many people had pulled these memories from the pits of their stomachs and the recesses of their minds. They came forward not knowing what would come next, but feeling far too compelled by the promise of community to let the moment pass them by. They hoped, for the first time, that they might feel less alone by sharing. Here was a woman feeling less alone because she had found a place to be seen.

Her post landed on my spirit like life lessons often do: hard, fast and with aching discomfort. I sat up in bed, tears flooding my eyes again. This time I cried for the anonymous woman. I cried for the sheer volume of tweets I had seen that day. I cried because, though I was exhausted, I knew exactly what was coming.

My assignment is always plain and clear once it is revealed. I am hardwired to respond to injustice. It doesn’t always sit well with me, but I’ve learned the hard way not to ignore it. It’s the same wiring that led to the creation of the “me too” movement. It’s what kept me working with children in the Deep South, even when it required the kind of sacrifices that others might walk away from. And it’s why I have always had a “community job” in addition to any actual paying job. From the moment I understood that organizing was the work that had to be done to respond to injustice, I knew I wanted to do it in service of my community. That realization—clear as a bell—came to me as a young teenager, and that bell rang again for me that night.

“What are you doing, Tarana?” I asked myself. I had spent the whole day wringing my hands and pulling my hair out trying to figure out how to save “my work.” It took a story from a stranger for me to realize that my work was happening right in front of me. After deciding all those years ago that I wanted a life in service of community, in this moment I had to decide: Was I going to be who I said I was?

Back in 2005 when I started working on “me too,” it was so difficult to get people on board. Activists, organizers, youth workers, social justice warriors, and the like would agree that it was necessary work, and congratulated me for taking it on, but they still wouldn’t do much to support or further our efforts. What motivated me to continue were the little Black and Brown girls who trusted us with their secrets, their pain, their shame, their worries, their anger, their fears and their hopes.

I fell asleep with that on my mind and woke the next morning with a different fire. I didn’t know who, if anyone, would listen, but it was clear that I had to share my vision for this movement with the world. It was clear that all the folks who were using the #metoo hashtag, and all the Hollywood actors who came forward with their allegations, needed the same thing that the little Black girls in Selma needed—space to be seen and heard. They needed empathy and compassion and a path to healing. I wanted to be a part of making sure they had what they needed. 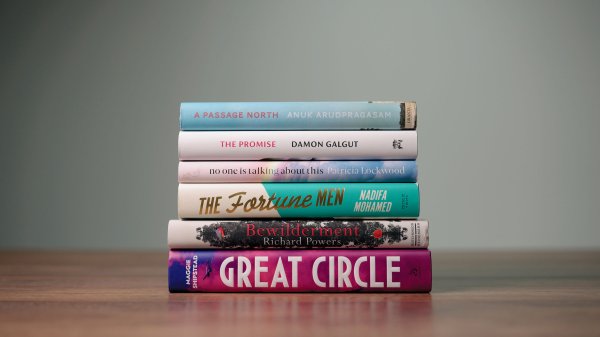