Former President George W. Bush speaks during a memorial for the passengers and crew of United Flight 93, on Sept. 11, 2021, in Shanksville, Pa., on the 20th anniversary of the Sept. 11, 2001 attacks.
Jacquelyn Martin—AP
By ZEKE MILLER / AP

SHANKSVILLE, Pa. — Warning that the nation was falling into division and extremism, former President George W. Bush appealed Saturday for a return to the spirit of cooperation that emerged — almost instantaneously — after the 9/11 attacks 20 years ago.

Delivering the keynote address at the national memorial to the victims of Flight 93, who forced down their airplane hijacked by al-Qaida terrorists before it could be used as a weapon against the nation’s capital, Bush warned of “violence that gathers within.”

Bush’s warning came barely eight months after the violent insurrection at the U.S. Capitol by supporters of then-President Donald Trump attempting to overturn the results of the 2020 election. It marked some of Bush’s sharpest criticism of that attack and appeared to be an implicit criticism of Trump’s brand of politics.

Bush lamented that “so much of our politics has become a naked appeal to anger, fear and resentment.”

He admitted he had no easy solutions. Instead, he channeled the heroism of the Flight 93 victims, and the determined spirit of a wounded nation to emerge from the tragedy stronger.

“On America’s day of trial and grief, I saw millions of people instinctively grab for a neighbor’s hand and rally to the cause of one another,” Bush said. “That is the America I know.”

He added that in the aftermath of the attacks Islamophobia, nativism or selfishness could have risen to the fore, but the country rejected them, and said, “That is the nation I know.”

“This is not mere nostalgia, it is the truest version of ourselves,” Bush said. “It is what we have been, and what we can be again.”

Bush’s appeal for unity drew plaudits from President Joe Biden, who visited Shanksville not long after Bush spoke, having watched his speech aboard Air Force One on the flight from 9/11 commemoration events in New York.

Biden too has prioritized national unity, telling reporters Saturday, “That’s the thing that’s going to affect our well-being more than anything else.” 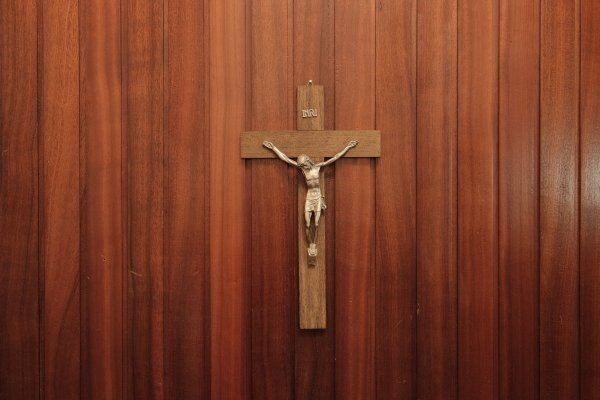