Apple Inc. was ordered to make a major change to the way it generates money from its App Store, in a ruling that chips away at the iPhone maker’s grip on the $100 billion market for mobile games.

A federal judge said Friday Apple must let developers of mobile applications steer consumers to outside payment methods, granting an injunction sought by Epic Games Inc. in a yearlong battle.

The changes ordered by U.S. District Judge Yvonne Gonzalez Rogers come as Apple faces global pressure from regulators and litigation to open the App Store to competition. The order goes further than the modest concessions Apple has made recently and threatens to take a big bite out of the profit the App Store makes by charging a 30% commission on transactions. According to analysts, the App Store takes in more than $20 billion a year with a profit margin above 75%.

Gonzalez Rogers concluded that Apple has engaged in anticompetitive conduct that harms consumers by preventing them from getting cheaper prices. But the judge didn’t find that the App Store is a monopoly and she stopped short of ordering Apple to allow for third-party app marketplaces to run on its operating system.

“Given the trial record, the court cannot ultimately conclude that Apple is a monopolist under either federal or state antitrust laws,” she wrote.

Apple called the ruling a vindication.

“Today the court has affirmed what we’ve known all along: the App Store is not in violation of antitrust law,”’ the company said in a statement. “As the court recognized ‘success is not illegal.’”

Tim Sweeney, Epic’s founder and chief executive officer, said in a tweet “the ruling isn’t a win for developers or for consumers.”

“Epic is fighting for fair competition among in-app payment methods and app stores for a billion consumers,” he said.

The judge’s finding that a “nationwide remedy is warranted is quite powerful,” even though she didn’t rule that the App Store violates federal antitrust laws, said Joshua Davis, a professor at the University of San Francisco Law School.

“This is big decision and I do think it takes a big step beyond what Apple was trying to do unilaterally,” the professor said.

The ruling didn’t go as far as Epic sought. The company wanted to have its own marketplace within the App Store so consumers could seamlessly buy virtual goods directly from it.

Though the judge ruled that Apple must give consumers the choice to buy virtual goods on the App Store or leave its ecosystem to buy directly from developers on the web, she said Apple retained control over transactions within the App Store and could continue to charge its much-criticized 30% commission.

To the extent that Epic had earlier sought to circumvent the App Store payment system for in-app transactions in its blockbuster Fortnite game, Gonzalez Rogers found the game company breached its contract with Apple and ordered it to pay at least $4 million in damages.

More broadly, the decision is a significant setback for the world’s most valuable company as it along with Facebook Inc., Amazon.com Inc. and Alphabet Inc.’s Google face scrutiny from regulators and lawmakers worldwide over their role as gatekeepers to the digital economy.

Apple recently has made some modest concessions amid criticism of its market dominance, including allowing developers of media apps like Netflix to link from its App Store to external websites for payments by users and making it easier for developers to promote alternative pricing plans and ways to pay — without Apple taking a cut.

“Apple faces rigorous competition in every segment in which we do business, and we believe customers and developers choose us because our products and services are the best in the world,” the iPhone maker said in its statement. “We remain committed to ensuring the App Store is a safe and trusted marketplace that supports a thriving developer community and more than 2.1 million U.S. jobs, and where the rules apply equally to everyone.“

The evidence outlined in the three-week Epic trial in Oakland, California, cast a harsh light on tech’s power and will help build the larger case against Apple and other technology giants.

“A remedy to eliminate those provisions is appropriate,” she wrote. “This measured remedy will increase competition, increase transparency, increase consumer choice and information while preserving Apple’s iOS ecosystem which has procompetitive justifications.”

The judge didn’t order Apple to cut its 30% fee, but she expressed skepticism about it.

“Apple has not adequately justified its 30% rate,” she wrote. “Merely contending that its commission pays for the developer’s use of the App Store platform, license to Apple’s intellectual property, and access to Apple’s user base only justifies a commission, not the rate itself.”

The outcome of the trial won’t be the last word from the game maker in its global campaign against Apple.

Epic, which took in more than $5 billion from Fortnite last year, also has filed complaints against Apple in the European Union, U.K. and Australia, and the game maker is suing Alphabet Inc.’s Google over its Google Play store.

“This opinion is very unlikely to put the matter to rest,” said Davis, the professor. “The fact that this judge left nobody entirely happy and chose the middle ground, and that might be right or wrong, will lead to more litigation.”

The trial featured testimony from Apple Chief Executive Officer Tim Cook and a handful of high-ranking Apple executives and Sweeney, along with several experts in antitrust law.

Epic argued at trial that Apple exercises control over the market for mobile-app distribution on iPads and iPhones to juice profits from commissions on payments made for virtual goods inside apps. Apple denied abusing its power, maintaining that it competes in a market for digital game transactions that occur on numerous devices including video game consoles.

The companies were once allies. Apple forged a partnership Epic a decade ago that was one of the iPhone maker’s closest with any app developer. But the relationship began to sour in 2017 when Epic released Fortnite. That’s when Sweeney began publicly criticizing Apple’s payment system.

South Korea became the first country to force Apple and Google to open up their app stores to other payment systems, setting a potentially radical precedent for their lucrative operations elsewhere around the world. The measure passed by the National Assembly Aug. 31 will ban app store operators from forcing developers to use their online payment systems and instead allow users to pay through a variety of methods.

Meanwhile, the U.S. Congress is considering bipartisan legislation that would rein in Apple and Google’s ability to set the rules that govern their marketplaces. 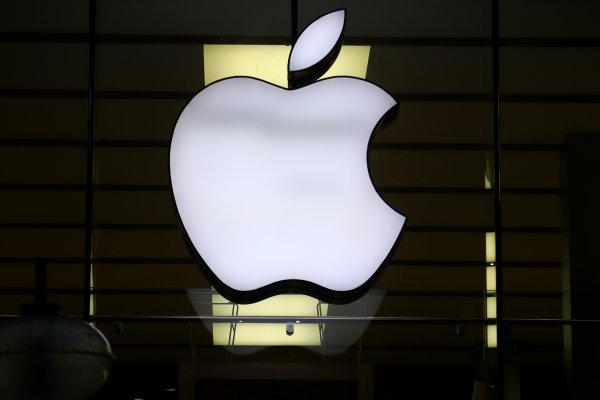