The Fourth U.S. Wave of COVID-19 Could Be Ebbing. The Fifth Might Be Worse

President Joe Biden’s announcement Thursday that broadly expanded mandatory COVID-19 vaccinations or at least compulsory weekly testing is a sign, possibly, that the administration sees the writing on the wall. Even with tentative but promising signs that the fourth wave of surging cases in COVID-19 in the United States, dating back to the first days of summer, was waning, without drastic measures, the fifth will be catastrophically worse.

The new requirements are estimated to affect about 100 million people, including most federal workers and a substantial number of private sector employees—many of whom are already vaccinated. This would largely affect working-age residents (age 18-64), who currently number above 200 million, of whom 59.8% are vaccinated, according to TIME’s analysis of daily figures from the U.S. Centers for Disease Control and Prevention. That leaves more than 80 million who remain unvaccinated, though the White House orders will only cover a fraction of them.

The question is now: What happens this fall and winter, when children are at school and Americans once again travel for the holidays? In spite of desperate warnings from the CDC that people stay home for last year’s holiday, they largely did not, which led to the third spike in cases, which reached heights that dwarfed the first two. That doesn’t bode well for Christmas 2021, especially given that, in this current, fourth wave, seven states have already surpassed their previous peaks in cases (with another four doing nearly as poorly):

Within the next several days, we may see a modest surge from travel over the Labor Day weekend, but the real test will come in about two months—still all too soon. The holidays always sneak up on us. Under one possibility, many millions of Americans may be bolstered by a booster shot of the COVID-19 vaccine, though this will be scant protection for those who have yet to receive a first.

Evidence that surging cases could inspire more unvaccinated Americans to change their mind was initially encouraging, but did not extend indefinitely. Should the fourth wave recede considerably, it may take a fifth to convince a significantly greater number. 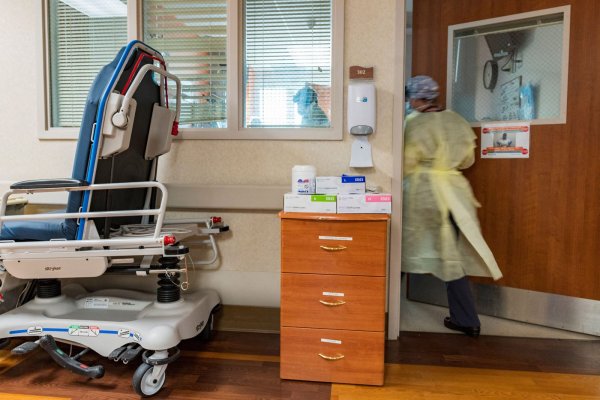 Could We Have Avoided the COVID-19 Health Care Rationing Crisis?
Next Up: Editor's Pick