I Lost My Father on 9/11. I Am Still Ashamed of the Injustice Done in the Name of Families Like Mine

Small American flags are placed in all 2,983 names on the 9/11 Memorial on July 4, 2017, in New York City.
Alex Wroblewski—Getty Images
Ideas
By Elizabeth Miller
Miller is a Rule of Law Fellow for September 11th Families for Peaceful Tomorrows

I was 6 years old on Sept. 11, 2001, when I lost my father, firefighter Douglas C. Miller. At such a young age, how does one process death, let alone death on a national scale? For the rest of my life, every year, my father’s picture would be put on a television screen. I assumed that this would be one of the most painful ramifications and reminders of the day. But for me that was not the case.

The world I know and remember is the one born after 9/11. And, as long as I have lived in that world, I have been ashamed to see hate, fear and ignorance grow in the immediate aftermath of the attacks and unfortunately continue into today. As the injustice continues, I feel my wounds are still raw. I did not want to participate in that cruelty then, and I do not now.

I was 11 years old when I wrote my first letter to then President George W. Bush, rather assertively demanding that he bring the troops home—a moment I have been cruelly reminded of in recent weeks, watching the failures of this long-awaited Afghanistan withdrawal. I never understood how our country could carry out violence and inflict pain similar to the pain I felt. More people losing loved ones did not help me heal. More death felt wrong. It felt like revenge, and not resolution, was the goal.

Read more: Steve Buscemi: Everyone Said ‘Never Forget’ 9/11. Some Have No Choice

As I got older, I studied the formation and radicalization of al-Qaeda. I needed to understand why this happened. I continued to study terrorism and foreign policy related to 9/11, but I also opened my mind to more. I decided to immerse myself in the culture, religion and beauty of a region and people often overlooked. I spent time in Morocco, living with a host family who treated me as their own. I saw that their traditions were quite similar to mine. I took the chance to open my eyes and my heart.

When I returned, I knew that as a “9/11 kid” I had an obligation to speak out against the injustices that stemmed from my loss. I began examining the torture and detention of individuals at “black sites” around the world, but especially at the Guantanamo Bay detention center. This led me to connect online with Mohamedou Ould Salahi, a former Guantanamo detainee who was imprisoned without charges and tortured. He had believed the United States justice system would treat him with humanity, giving him access to a fair trial. Instead, he endured 14 years of accusation and abuse. Hearing from Mohamedou, I felt sick—and complicit. The actions carried out by the United States and its allies were done on 9/11 families’ behalf, but none of this was what I would have asked for. It was wrong.

Mohamedou is “free” now, living in Mauritania, although complications from his imprisonment still linger. However, Guantanamo remains open. Thirty-nine men are still held there awaiting access to a fair trial. Of those 39, some have already been cleared for release and yet still remain imprisoned. Others have never been charged with a crime.

During his time in detention, Mohamedou demonstrated resistance and resiliency by writing, and after his release, he shared his story of pain. He taught me that speaking out, however difficult, is necessary. I am honored to be his friend and inspired by his example and, since last year, have been working with the organization September 11th Families for Peaceful Tomorrows—a group of individuals who are turning their suffering into a call for a better world—to advocate for policies like the shutting down of Guantanamo.

The Biden Administration has shown openness to ending the prison program. I hope they follow through with that commitment. This country has a moral obligation to stand against torture, and to support human rights for all. It can’t fulfill that obligation until Guantanamo is closed. This does not mean immediate release of those remaining. It does mean releasing those already cleared, ensuring no future delays to trials, looking into plea deals, and following the rule of law.

I will spend this year’s 9/11 anniversary preparing for a flight to Guantanamo to watch that process unfold. I have been invited, as an NGO observer on behalf of Peaceful Tomorrows, to the pre-trial hearing for Khalid Sheikh Mohammed, who is known as the “principal architect of the 9/11 attacks.”

I am not searching for justice or closure, because at this point I am not sure either is attainable. But I hope that one day I find peace, knowing that violence is no longer being perpetrated in any form, in our families’ names. 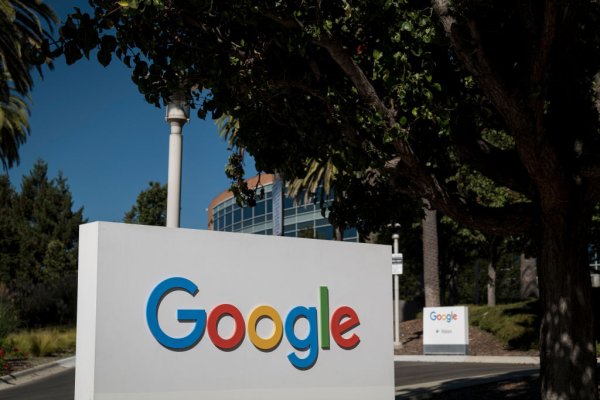 Silicon Valley's Optimization Mindset Sets Us Up for Failure
Next Up: Editor's Pick